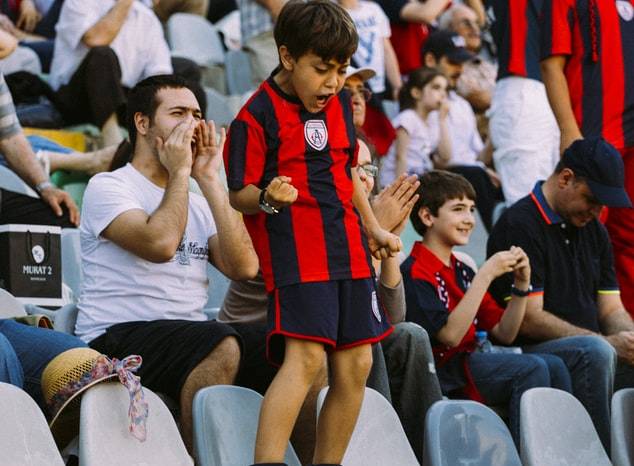 Four leagues. Three different sports. Each boasting some of the best athletes across the globe, and the biggest businesses to go with it.

But between the Premier League and La Liga in the football world, the National Basketball Association (NBA) and American football’s National Football League (NFL), which is the biggest competition?

Here, we’ll look which can make the most water-tight claim to possess the most quality, the most money, and the most viewers. Get ready for a four-way showdown: it’s La Liga v Premier League v NFL v NBA:

What is the Best League in the World?

It’s impossible to label any of these as definitively the ‘best’, of course. It all depends what you consider a factor in deciding this. We’ll look at revenue and viewing figures later, but what about entertainment? What about the number of goals or touchdowns? What about how competitive each league is? (at time of writing – June 2020)

For starters, in the NBA, 2018-19 proved a particularly memorable year, with the Toronto Raptors becoming champions for the first time in their history since they were founded in 1995. Derrick Rose stole the show, scoring a career-best 50 points in Minnesota Timberwolves’ 128-125 win over Utah Jazz before reaching 10,000 career points in January 2019. And the 41.1 average field goals per game marked the highest total since 1991-92, while the 11.4 average three-point field goals per game was the highest in the competition’s history.

Plenty of other fascinating plot lines dominated the most recent NBA campaign. For instance, despite eventually picking up, the Houston Rockets’s dismal start took plenty by surprise, not least since they were one game away from the NBA Finals the previous year. We also had Jimmy Butler stunning the basketball world by telling Minnesota Timberwolves’ general manager, Scott Layden, “you f***ing need me,” while former no. 1 pick Markelle Fultz’s early-season struggles with the Philadelphia 76ers provided another mysterious sub-plot.

As for the NFL, following one of the lowest-scoring years in recent history in 2017 with an average touchdown rate of 2.39 per game, 2018 and 2019 have ranked as some of the highest in recent memory in this regard, returning figures of 2.68 and 2.6 respectively.

We’ve also seen such unforgettable incidents as Robbie Gould’s last-gasp winner for San Francisco 49ers over New Orleans Saints, Tennessee Titans similarly leaving it late to edge past LA Chargers and one of the most stunning upsets of the decade in Miami Dolphins beating New England Patriots 27-24.

As for football, the Premier League is a curious case. At once it can provide box-office, edge-of-your-seat entertainment like no other, and yet also churn out stodgy dirges that even the biggest football consumer would roll their eyes at. Manchester City v Liverpool is bound to be a spectacle. Burnley v Brighton? Less so.

And yet, in the most recent completed Premier League season, 2018-19, the average goals per game stood at 2.82, the highest since the competition began in 1992, even eclipsing the first three campaigns when there were an extra two teams and 82 matches. A stunning title race saw Liverpool finish second to City on the final day despite amassing 97 points, which would have won them the league in all but two years.

By comparison, the 2018-19 La Liga season, the first post-Cristiano Ronaldo year, was a pretty drab affair. Lionel Messi still enchants, of course, and Real Madrid’s implosion made for a fascinating sub-plot, but Barcelona won the league at a canter and returned an average goals per game of just 2.59, which the Premier League has surpassed in all but one season since 2009-10.

Perhaps that’s a little harsh, though. After all, it certainly began with a competitive air: seven weeks into the season, no side was either without a win or a defeat. Had Alaves, who eventually finished 11th, beaten Levante on September 30, 2018, they would have gone joint-top with Barcelona, despite a paltry budget by comparison. The Catalonians won the league with the equal-lowest points total for La Liga champions in a decade, which at least suggests more of an unpredictability factor.

What is the Best League in Football?

This term, of course, there has been a far more intriguing title race in Spain, with just two points separating Barca and Real at the top rather than the 25-point chasm between Liverpool and City in England.

Wolves, Sheffield United, Getafe and (to a lesser extent) Real Sociedad are going some distance to upsetting the top four apple cart. Fine lines separate relegation from safety in each division.

Where quality may have diluted, entertainment has arguably been enhanced. You just need to know where to look for it.

What is the Richest League in the World?

The table below shows the revenue generated by these four leagues in the most recent season where such information has been made publicly available (source: Wikipedia):

By some distance, you can clearly see that the NFL is the most lucrative sport of these four (indeed, these made up four of the top five sports globally, with Major League Baseball ranking second-highest).

This is probably no surprise when you consider their eye-watering TV deals. For instance, ESPN pay the league $15.2 billion until 2021 for the rights to Monday Night Football, while Fox have exclusively shown Thursday Night Football sine 2018 for the price of a cool $3.3 billion.

There’s also the merchandising and licensing deals the league makes; the NFL, in partnership with Nike, agreed a ten-year licensing agreement with online sports brand Fanatics in 2018, for example. Meanwhile, ticket prices have also soared: whereas in the early 2000s, a ticket to an NFL game could cost just $30, nowadays you’re looking past the $100 mark. Even food and drink sales at NFL matches have profit margins of about 90 per cent these days. No stone is left unturned, no cash cow left un-milked.

What is the Most Watched League in the World?

The table below shows the total and average attendances in these four leagues in the most recent season where such information has been made publicly available (source: Wikipedia):

The NBA may have garnered the biggest numbers, but that’s largely down to the fact the number of games (2,460) dwarfs that of the NFL (256) or the Premier League and La Liga (both 380). Still, 760 NBA 2018-19 matches were sell-outs, so while their average attendances were inevitably smaller given the size of the arenas, the enthusiasm and passion for the league remains.

Likewise, the enormity of NFL stadiums is likely what has given it the edge over the two football leagues; the Premier League remains the most-watched league on television, for instance, with a cumulative global audience in 2018-19 of a jaw-dropping 3.2 billion. Each one of the 20 most-watched matches from the 2018-19 La Liga season, meanwhile, involved one of Barcelona or Real Madrid.

In terms of average attendances in football though, both England and Spain were surpassed by Germany’s Bundesliga, which totalled at 43,458 from only 306 games.

Which Sport is Most Popular?

The highest-attended of all sports on average is, in fact, motor racing, with American football a distant second in this field.

Yet while the NFL feels like an extremely supercharged juggernaut in its homeland and beyond, it’s difficult to see past football as the most popular sport worldwide, even only if for the Premier League’s seismic appeal across the globe.

Where the NBA and NFL can seem almost quintessentially American and essentially not as good elsewhere, football has forged a more universal appeal – go to any corner of the planet and you’re likely to find at least one person donning a Manchester United, Real Madrid, Lionel Messi or Cristiano Ronaldo shirt. For example, from a population of roughly 1.4 billion, about 300 million residents in China are said to follow football, many of which supporting European giants in favour of their native clubs.

With approximately four billion fans worldwide, the beautiful game still holds the crown as the people’s game, even if it seems to be gentrified more and more each year.