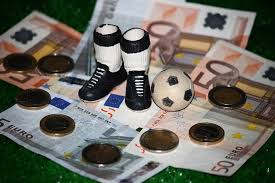 In the modern game, where hundreds of millions of pounds are often frittered away almost as an afterthought, it may surprise you to know that, last year, 77 of the 98 clubs in Europe’s ‘Big Five’ leagues (England, Spain, France, Germany, Italy) made a profit. In fact, an overall financial gain across the continent was made, roughly to the tune of an eye-watering £540 million.

But, away from income generated by factors like revenue and gate receipts, who have been five of the most profitable football clubs from the smallest outlays? (Figures taken from UEFA’s Benchmarking Report for the financial year of 2017)

Primarily made up of £70 million of Champions League prize money having reached the quarter-finals in April 2017, not only did Leicester make the largest financial gain across the continent for this year, but also the greatest net profit recorded since UEFA began filing these reports. The previous record was the £66.6 million made by Tottenham in 2014.

Inevitably, these figures dwarfed the £16.4 million made by the club in the previous year, when they defied odds of 5000-1 to be crowned Premier League champions.

A summer spending of merely about £20 million while under Maurizio Sarri’s stewardship followed a healthy third-place finish in Serie A, just five points off winners Juventus, as well as a Copa Italia semi-final and reaching the last 16 of the Champions League.

Napoli, like Leicester, also recorded the highest operating profits in their history in this financial year, and are now regarded as one of Italy’s richest clubs along with Juventus, of course.

Another club to record the highest profit in their history, West Ham’s net return of just above the £45 million mark coincided with their move to the lavish, if slightly not fit for purpose London Stadium, initially used in the 2012 Olympic Games.

It marked only the third time in the last decade that the Hammers had made a net profit, with an impressive margin of 24 per cent, even if it took some to adjust to their new surroundings with results on the pitch.

Boasting the greatest net profit margin of the top 20 was Ajax (42 per cent), which is only likely to increase further after raking in more than £125 million for the sales of Frenkie de Jong and Matthijs de Ligt to Barcelona and Juventus respectively last summer.

Their financial success is probably no surprise; Ajax spend a relative pittance compared to Europe’s other biggest clubs, even if, before last season, they had struggled to get past the Champions League qualifying rounds or even win the Dutch Eredivisie.

Ranking fifth on the list were Tottenham, who also recorded the biggest profit in their history. This may only even increase further in the future, considering their success on the pitch and financial prudence off it.

Spurs spent big in this period on players like Davinson Sanchez (£42 million) and Moussa Sissoko (£30 million) and, despite no trophies, mounted sustained title challenges in successive seasons, which resulted in second and third-place finishes.

Having reached a Champions League final last season, coupled with not signing a single senior player between January 2018 and June 2019, expect their profits to rise even more in the next report.