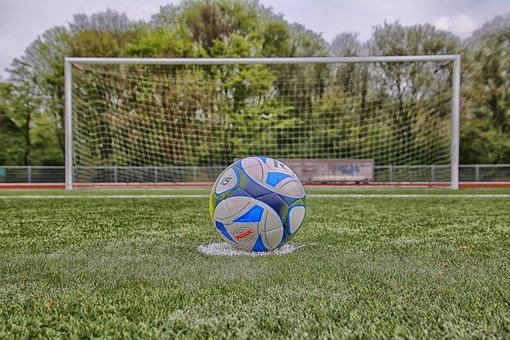 It’s often described as a lottery in football, but penalties are evidently far likely to be scored than missed or denied by the goalkeeper. At least if your name’s Matt Le Tissier or Alan Shearer, anyway.

But just how much of an advantage to the attacker do penalty statistics point to? How great is a penalty miss chance, both in the Premier League and in general? How many are awarded in the first place? Let’s take a look:

How Often Are Penalties Awarded?

Per InStat, there have been more than 100,000 spot-kicks given by referees in professional football since 2009.

Of those, roughly three-quarters were scored, 17.5 per cent were saved, four per cent missed completely and the other approximately 3.5 per cent hit the woodwork.

What Percentage of Premier League Penalties Are Scored?

Any seasoned viewer of England’s top-flight will not be surprised to know that no referee has awarded more spot-kicks than Mike Dean’s 156. In fact, that’s almost double the second-highest – Martin Atkinson with 84 (although Dean has taken charge of the most games – 524 – since his Premier League debut in September 2000).

But no Premier League referee has pointed to the spot more times in one match than Jonathan Moss, who gave four penalties in Manchester City’s 4-1 win over Tottenham in October 2014. Sergio Aguero scored two and missed one of them, while Roberto Soldado was also denied from 12 yards for Spurs.

How Many Penalties Are Saved?

About 15 per cent of spot-kicks result in the goalkeeper keeping them out.

This is no surprise, really, given how heavily penalty odds are weighed in the taker’s favour. After all, they face no defence but the keeper from a central position from 12 yards, with the ability to strike a dead ball wherever they wish.

What’s worth pointing out, though, is that research has suggested balls hit into the net’s ‘upper third’ are harder to save than shots that are hit low. The keeper is also thought to be 33 per cent likelier to save them by simply staying centrally, rather than diving left or right.

How Often Are Penalties Scored?

About 75 per cent of the time, penalty kicks are converted.

According to InStat, the most reliable men from the spot are those aged 32 or 33 – they have the highest success rate of 77.13 per cent. Unsurprisingly, the least dependable are the 18 and 19-year-olds, whose miss one in four on average.

Despite forwards being the more prolific from the spot, with a conversion rate of 75.99 per cent, it’s actually midfielders who tend to take them more, with in excess of 45,000 penalties compared to strikers, with just more than 32,000.

How Often Are Penalties Missed?

Penalty stats show that, on average, merely about four per cent of spot-kicks are missed, both in the Premier League and further afield.

A piece of research which analysed 129 penalties in World Cup and Champions League finals found that actually, the less powerful you hit your shot, the less likely you were to miss, but the more likely your spot-kick was to be saved:

Who Saved Most Penalties?

The best penalty-savers of the 21st century include Inter Milan veteran Samir Handanovic with 41, the legendary Gianluigi Buffon with 33, and the Brazilian Diego Alves with 26.

In the Premier League, that all-time accolade belongs to former England keeper David James, who kept out 13 in his career – an average of one every 44 matches.

Only Thomas Sorensen (12), Mark Schwarzer, Shay Given and Brad Friedel (all ten) have also reached double figures for penalty saves in their Premier League careers.

One thought on “What Percentage of Penalties are Scored? [Statistical Breakdown]”