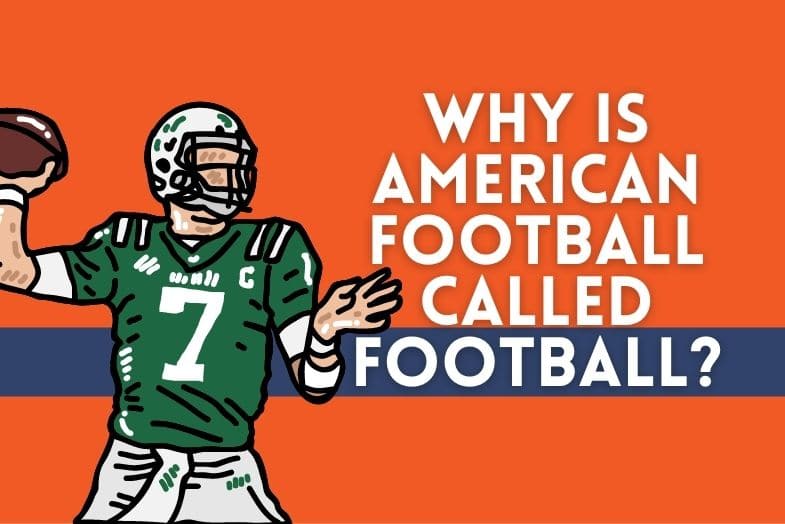 In America, football seems to be perpetually popular. This is unsurprising as it follows suit with many countries in Europe and South America. Or does it?

Across the pond, world football supporters may find themselves in shock as they watch American footballers picking up and throwing an oblong, almost rugby-like ball.

What happened? Why do Americans call football soccer and their unique sport “football”?

What Do They Call ‘American Football’ in America?

The roots of American football go back to the mid-19th century. The rules of the modern game were founded by Walter Camp in 1880 with rules like a line of scrimmage and the snapback.

The National Football League (NFL) was founded in 1920 as the American Professional Football Conference. Since 1972, the sports league has grown to become the most-viewed in America. And the NFL’s title game, The Super Bowl, is now one of the biggest sporting events in the world.

What Do British People Call ‘Football’?

British people refer to association football or soccer as “football.” This is because “football” is the most popular sport in Britain. The British use the term “American football” to refer to the gridiron game of their cousins across the pond.

Where football started is a complicated question to answer. But it is in England where the rules of association football were first codified. And the English Premier League is among the biggest sports leagues in the world.

American Football Name Around the World

American football is growing in popularity around the world. Here are a few of it’s international names:

Why is American Football Called ‘Football’?

American football evolved in the mid to late 19th century from a combination of soccer and rugby. The game started more like association football before rule changes in 1880 laid out the foundation of what American football is today.  In 1920, the National Football League and the sport became what is known as “football” to Americans.

Is American Football Called Football Because the Ball is a Foot Long?

Why is Football Not Called Handball?

Modern American football today is mostly played with the hands. However, the foot is involved with kicking the ball in some instances like with punting or field goals. Football is not called “handball” because that sport is unrelated to American football. The “football” played and watched in America evolved from soccer and rugby.

In Britain, it is popular to refer to the sport as “American football” or the much-beloved “handegg.”

The sport of American football is played with a ball called a “football”. This is no different from its related sports of inspiration, rugby and soccer. The ball may be different. The rules may be different. But the name is tied to the traditions of the past. And as the home nation’s favourite past-time, it has earned the right to be called “football” by all fans of the game.