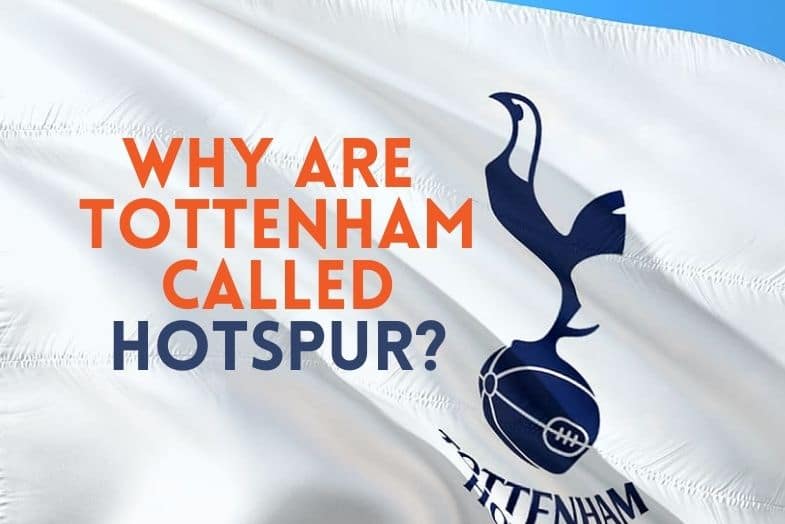 Football clubs are most commonly named after the places in which the club was formed.

Sometimes this means a club is named after a major city (e.g. Liverpool), while on other occasions the team’s name comes from a smaller area from within the city. This is the case with Everton, which is actually a part of Liverpool, as well as Tottenham, which is a town in north London.

Clubs often also add an extra word to their name in order to either differentiate from other clubs, or to provide a bit more character to their own name.

However, there’s not typically a lot of variation in the suffixes used by football teams in England, with the likes of “City”, “United”, “Town” and “Rovers” all common sights.

But occasionally you stumble across a name that perplexes you. A Plymouth Argyle, a Leyton Orient or, as we’ll look at here… Tottenham Hotspur.

So why are Tottenham called “Hotspur” and where did this unusual name come from?

Hotspur Football Club was founded in 1882 by a group of schoolboys, who were members of Hotspur Cricket Club and wanted a way of staying fit during the winter months. The name was then changed the name to Tottenham Hotspur Football Club in 1884 as another team in the area shared the same name.

But why were they called “Hotspur” in the first place?

What is the Meaning of ‘Hotspur’?

According to the Collins Dictionary, a ‘hotspur’ is defined as “impetuous or fiery person”.

But that doesn’t quite explain why Tottenham use the name. The real reason actually draws influence from medieval England and a certain William Shakespeare…

Why Are Tottenham Called ‘Hotspur’?

Tottenham are named “Hotspur” after an English knight, Sir Henry Percy (1364-1403), whose Scottish enemies nicknamed him “Haatspore” during the Hundred Years’ War after becoming known for digging his spurs into his horse in order to go faster as he charged into battle.

The Percy family had close connections with the Tottenham area, with the descendents of Sir Henry owning the land around Tottenham Marshes on which Spurs played their early games before moving nearby to White Hart Lane.

Are Any Other Teams Called ‘Hotspur’ or ‘Spurs’?

Tottenham are the only team in the world of professional sports to boast the name of “Hotspur”. However, NBA side San Antonio Spurs adopted the shortened version of the name (“Spurs”) shortly after the franchise was bought and moved to San Antonio in 1976.

While the two clubs may share the same nickname, it’s unlikely that San Antonio’s original franchisees based the name on Tottenham Hotspur Football Club (or Sir Henry Percy, for that matter). After all, their Texas home is renowned for its cowboys who, of course, wear spurs while riding.

And, there we have it: The story of why Spurs are called Tottenham Hotspur has links back to English knights, wars of the middle ages and even a nod to the great laurette, William Shakespeare. It’s certainly a unique story befitting one of the most unusual names in the world of football.