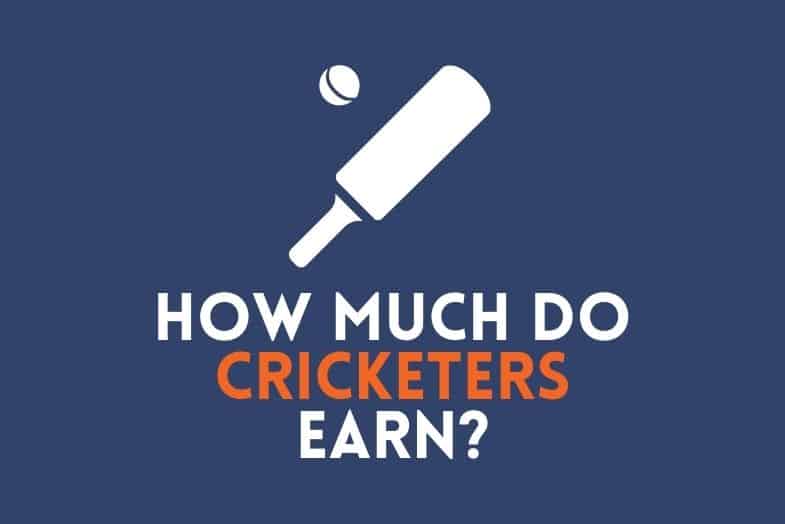 Cricket is one of the most-watched sports in the world, and the top players are heroes to their fans – the likes of Ben Stokes in England, Virat Kohli in India (more of him later) and Babar Azam in Pakistan.

But is this evident in how much they actually get paid?  Is their lofty status among cricket fans rewarded in their pay packets? Let’s take a closer look.

How Many Professional Cricket Players Are There in the World?

According to the Federation of International Cricketers’ Associations (FICA) there were 4191 professional cricketers worldwide in 2020. That number was up from 3162 in 2018 in the 12 full member countries of the ICC and in countries where FICA works with recognised player associations.

How Much Does a Professional Cricket Player Make?

Professional cricketers can earn from less than £12,000 per year up to £625,000 per year, depending on the league they are playing in, their status and how many bonuses they earn.

As is the case in many walks of life, The simple answer to this question is that some professional cricketers earn huge salaries, while others earn relatively little.

For instance, a cricketer with a central “red ball” contract – which means they generally only play Test cricket – with the England and Wales Cricket Board (ECB) will receive approximately £625,000 a year, plus various add-ons and appearance fees.

A “white ball” contract – which means they are generally regarded as a specialist in shorter forms of the game, namely One-Day and T20 matches – is worth a basic salary of around £175,000, plus add-ons. Sounds like a lovely way to make a living, right?

But what if you are trying to make your way as a cricketer in a lesser nation, such as Bangladesh?

According to the Dhaka Tribune, the top-earning international players there only earn around £4000 a month, with the lesser light struggling to earn more than £1000 per month, despite playing on the world stage against the top sides.

How Much Do English Cricketers Earn?

While top international cricket players in England can earn as much as £100,000 per year from playing cricket, salaries start at around £24,000 per year for players in the County Championship.

As we have found, the stars of the English game can earn huge sums of money. But this is certainly not the case further down the scale in English cricket’s bread and butter, the County Championship.

While the average wage here is a healthy sounding £50,000 a year, with some top performers earning around £100,000, the picture isn’t as rosy for all.

In 2020, during the Covid pandemic, the 18 English first-class counties agreed to lower the minimum salary they paid to players from £27,500 to £24,000, or £2000 a month, For perspective, this what a middle-ranked Bangladeshi international player can expect to earn.

So if you aren’t a Ben Stokes or a Joe Root, earning money in English cricket can be tough.

How Much Do IPL Players Get Paid?

The IPL has changed the face of short-form cricket, and the top players are paid accordingly, with some earning eye-watering stacks of cash. The top five earners in 2020 took home more than $10 million (approximately £7.5 million) between them. Nice work if you can get it.

But not everyone can of course. While Indian Test captain and national icon Virat Kohli pocketed a cool $2.4 million, the so-called lesser players aren’t rewarded so handsomely, with $28,000 being a basic salary for squad fillers.

Who is the Highest Paid Cricketer in the World?

It probably won’t surprise you that we return here to Virat Kohli, who earned ­– brace yourself – $24 million in 2020 and a place on the Forbes rich list, the only cricketer to do so. This isn’t all earned from cricket of course, as he has lucrative endorsement contracts with the likes of Pepsi, Puma and Audi.

So, as in most sports, there is a huge disparity between what the household names can earn and the pay that the run-of-the-mill player takes home.

Virat Kohli, idolised by over a billion cricket-mad Indians, is handsomely rewarded with a huge salary for the high-pressure job of leading his country and being expected to make big runs every time he plays.

A young professional player starting out in the likes of Bangladesh or Sri Lanka, or even the English county circuit, can only dream of earning such sums.