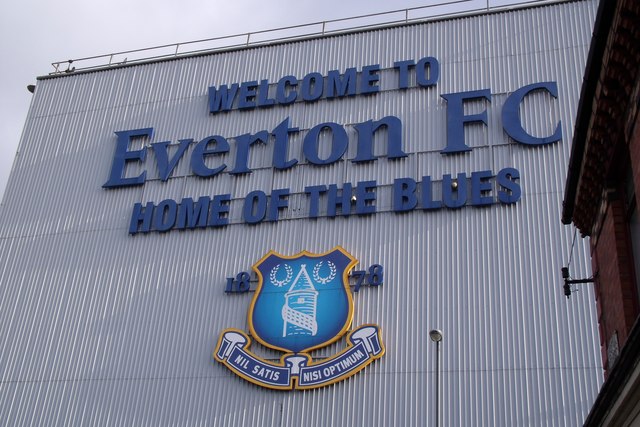 They’re known for being home to the ‘School of Science’, for being a ‘Grand Old Team’ to play for, and for boasting unrivalled obstructed views in their relic of a football stadium, Goodison Park, among other things.

But what Everton Football Club are not known for is playing in Everton. Because they don’t; Goodison is located in Liverpool’s Walton area, while their original home – Anfield – is based in, well, Anfield. Even their potential new ground on the Bramley-Moore Dock site will be built in Vauxhall, just north of the city centre.

So, just why are Everton called Everton? And while we’re at it, where does their nickname of ‘The Toffees’ come from, too?

How Did Everton Get Its Name?

Everton Football Club began in 1878 under the name of ‘St. Domingo’s FC’ a year after St. Domingo Methodist New Connexion Chapel, based on Breckfield Road North in the Liverpool district of Everton, had formed their cricket club.

The Minister of St. Domingo Chapel, Rev. Ben Swift Chambers, wanted another sport for youngsters to play in the winter when cricket was off the cards, so St. Domingo’s FC formed, playing their first match against Everton Church Club in 1878 (which they won 1-0).

By 1879, though, the football club was garnering interest from further afield and in November of that year, its name was changed to ‘Everton,’ in homage to their surrounding area. That decision was made at a meeting in the Queen’s Head Hotel on Village Street which, as it happens, was a stone’s through from ‘Ye Ancient Everton Toffee House’.

So, even though they started out playing on a corner of Stanley Park in Anfield, the club stayed true to its roots all the while (and won their first official game as ‘Everton’ 6-0, against St. Peters).

As for the origins of ‘Everton’ itself, ‘ever’ was initially an Anglo-Saxon term, derived from the word ‘eofor’ which meant ‘wild boar that lives in forests,’ and ‘ton’ essentially meant ‘town’. Makes sense, right?