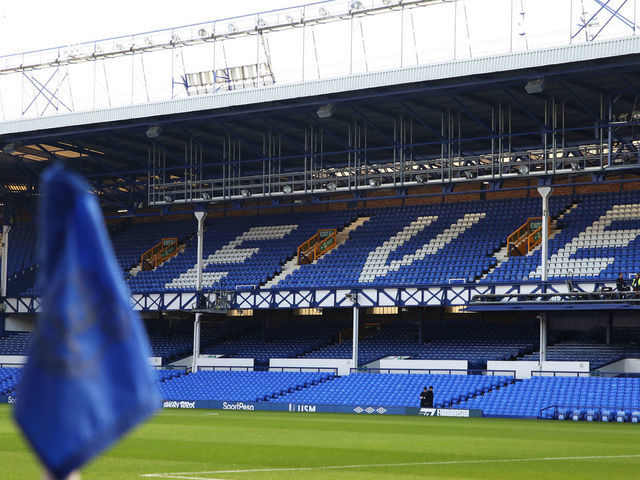 With the elongated 2019-20 season thudding along to a rather anticlimactic close, there is at least one consolation. No title race, a relegation battle petering out, a question of which of the Champions League contenders can drop the least points – but alas, the battle for the coveted Everton Cup is developing into a five-horse race that’s simply too close to call.

Regular listeners of the Guardian’s Football Weekly podcast will be well-versed with this piece of gallows humour; at least for Evertonians, anyway. The Everton Cup is the title formerly known as seventh place in the Premier League, so called because of the Blue half of Merseyside’s propensity for finishing there or thereabouts in the late 2000s and early 2010s.

Evertonians rightly pride themselves on following one of England’s most traditional and successful clubs, but can they still claim to follow one of the country’s biggest if their glass ceiling appears to be seventh, a position they have only ended up lower than in four of the previous five seasons?

When Everton Won The League

Only Manchester United, Liverpool and Arsenal can boast more league titles than Everton’s nine, though all three of them have added to their collection since the Blues last ruled over England in 1987.

From the devastating brilliance of Dixie Dean in the 1920s and 30s, to the genius of the Holy Trinity of Colin Harvey, Alan Ball and Howard Kendall in the 60s and 70s, Everton’s title-winning sides had always been blessed with stunning individuals. But few would argue against the greatest team in the club’s history being that which graced the mid-80s, under the stewardship of Kendall himself.

Indeed, this was an era when Everton were genuinely outstanding and an inarguably big force in the football world. One of the best goalkeepers in the world in Neville Southall. A perfect defensive combination of speed and strength between Kevin Ratcliffe and Derek Mountfield. Pat van den Hauwe and Gary Stevens were as adept at the dirty work as they were at marauding down the flanks with gusto – full-backs who could do both sides of the game. Who knew?

Trevor Steven, Peter Reid, Paul Bracewell and Kevin Sheedy offered Everton the perfect synthesis in midfield, not least the combination of Bracewell’s brains with Reid’s brain in the centre. In 1984-85, they served up a glut of goals between them, too; 41 between them, in fact, and double figures for both wingers, Steven and Sheedy.

Ahead of them lay even more prolific net-ripplers. Graeme Sharp, Andy Gray and Adrian Heath struck fear into any defence, and in that season managed a combined total of 61 goals. With such a well-oiled machine and the beloved Kendall at the helm, life could hardly have been better for an Evertonian.

That year was really the apex of Everton’s entire history. They romped to the Division One title, finishing 13 points ahead of runners-up Liverpool, in a season which saw them record an astonishing 28-game unbeaten run between December and May. A momentous night in Rotterdam saw the European Cup Winners’ Cup secured shortly before the Heysel Disaster which would impose a European ban on English clubs until 1991. Only extra-time heartbreak to Manchester United in the FA Cup final dashed hopes of an unprecedented treble.

Gary Lineker’s 40 goals the following season wasn’t enough to stop Liverpool wrestling the title back across Stanley Park, and the England striker would leave for Barcelona after just one season at Goodison Park. He was gone, but Everton were soon back.

The next year, not only had their main source of goals departed, but a crippling injury list to derail Kendall’s best-laid plans. Southall didn’t feature until October 1986. Even longer-term absentees were Stevens, Reid, and van den Hauwe. Sheedy missed January to April and Sharp February to May. Bracewell missed the whole campaign. And yet, in the face of all adversity, Everton dethroned their Merseyside rivals again.

Deputies like Alan Harper and Kevin Langley proved to be worth their weight in gold for Kendall, who also bolstered the squad with astute, experienced additions like Dave Watson, Ian Snodin and Wayne Clarke. After a middling start which saw the Blues in eighth by November, results slowly gathered momentum, an interminable rise up the table beginning.

Glory was sealed with two games to spare that year when van den Hauwe netted the only goal at Norwich. In a year when Everton only drew four and lost one of their 22 home league games, kept a lorryload of clean sheets and enjoyed two separate seven-game winning streaks, they again proved themselves to be worthy champions.

But Kendall’s departure for Athletic Bilbao at the end of the season essentially marked the end of that golden era. To this day, that 1986-87 season remains Everton’s most recent league title, as an era of austerity under first chairman Peter Johnson and later Bill Kenwright was soon ushered in.

Were Everton Ever Relegated?

Twice. Or never at all if you subscribe to the theory that football only began when the inception of the Premier League took place in 1992. Indeed, Everton are one of just seven teams – them and the so-called ‘big six’ to have contested every top-flight season since its rebranding nearly 30 years ago.

With Dixie Dean sidelined for much of the 1929-30 campaign through injury, Everton ended up propping up the First Division table that season, just two years after being crowned champions. It was the first relegation of their history, though they did at least bounce back immediately the following term.

History repeated itself in 1951. A point at Sheffield Wednesday on the final day would have kept Cliff Britton’s Everton up. They duly lost 6-0, and were relegated along with the Owls. They weren’t so quick to return that time, either – the Blues spent three seasons in Division Two before a final-day promotion following victory at Oldham.

Everton – How Long In Top-Flight?

The Blues have diced with death a few times since then, not least in 1994 and 1998, which required surreal, nail-biting acts of escapology, but a pretty impressive feat to become staples at the highest level of English football, no less.

Indeed, only Arsenal, last relegated in 1913, have played top-flight football in England for longer than Everton.

When Everton Last Won A Trophy

Now for the topic that draws so much ire from one end of Stanley Park and similar volume of laughter from the other.

As Liverpool fans are at pains to remind their deprived neighbours through song during many a Merseyside derby, Everton have not won a trophy since 1995, when Joe Royle led the Blues to a Wembley win over Man Utd thanks to a solitary Paul Rideout goal.

Given pre-season accolades, such as 2010’s Roars Against Racism Trophy and 2018’s SportPesa Trophy, are generally discounted in the honours list, Evertonians have now waited a quarter of century (and counting) to add another piece of silverware in the cabinet.

For context, the last time they did so, Unchained Melody was number one in the charts, Apollo 13 was reeling in huge figures at the box office, and Windows 95 was about to be launched.

That said, despite this inexplicable drought, Everton remain the eighth-most successful football club in English football history, with 24 major honours to their name in their 142-year history.

So… is Everton a Big Club?

The peculiar reaction to Everton’s appointment of Carlo Ancelotti as manager in December 2019 rather epitomised the confusion surrounding the size of the club in the modern game.

Many rightly hailed it a real coup for the Blues and a great show of ambition from the club’s hierarchy, given this is a bona fide A-lister with league titles in four different countries, three Champions Leagues and almost as many honours during his managerial career as Everton in their entire lifespan.

But in some quarters, there seemed an element of surprise about the move, as if Ancelotti moving to a perceived ‘sleeping giant’ should have been beneath him; either that, or it was a career move that signified a waning of the Italian’s powers.

Yet had a manager held in similarly high esteem as Ancelotti replaced Kendall in 1987, for instance, fewer people, if anyone would have batted an eyelid. Which rather sums up what Everton are nowadays: still a big club, a reputable household name across planet football, but when you’ve been locked in a quarter-century (if not longer) of drift with only few crumbs of comfort in that time, it’s difficult to argue you’re still a big team.

Contrived, tiresome debates like the ‘Everton-or-Newcastle-bigger-club’ conversation, which seems to have done the rounds on social media more often than funny animal videos or the ‘distracted boyfriend’ meme, remain exactly that. Only the ‘big six’ and West Ham, with their overblown spaceship of an athletics arena doubling up as a football ground, generated more revenue in the Premier League than Everton in 2018-19, for instance. Eighth-best in the division; another Everton Cup narrowly missed out on.

Meanwhile, 2019 marked the third consecutive season ticket sell-out year for Everton, with every home league game for the last three campaigns having been full houses up until the coronavirus pandemic struck. A 52,000-seater stadium with the potential to expand by a further 10,000 is well in the works at this stage, pencilled in for a 2023 completion. The audience and the appetite remains; of that there can be no doubt.

Rather, if anything has diminished Everton’s stature in the game, it’s been the off-field negligence, the on-field disappointment, the millions of promises unfulfilled and pounds haemorrhaged. Kendall’s swashbuckling sides of the mid-80s surely were grand old teams to play for. It is only because there haven’t been many others since then that this discussion has become relevant.

3 thoughts on “Is Everton a Big Club?”