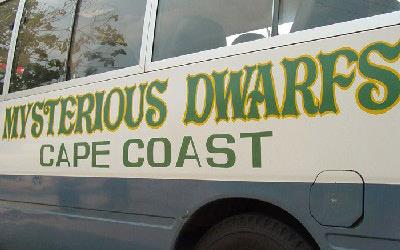 Whether you’re a United or a City, a Rover or a Wanderer, there’s a story behind every football team name ending, however common or unique they are.

In some cases, the name choice may simply be down to a desire to differentiate a club from the others in the same city, but as the suffixes get more rare, the stories behind them become even stranger. Let’s take a look:

At time of writing (the end of the 2019-20 season), there are 19 different team name endings in the four top (and professional) tiers of the English football pyramid.

But there are also a fair few titles belonging to individual clubs, particularly among the English Football League team suffixes:

English Football Teams with ‘United’ in Their Name

From the Premier League to League Two, there are 13 of these 91 clubs whose name ends in ‘United’:

Who was the Original ‘United’?

The first ‘United’ was Sheffield United, despite Manchester United forming 11 years earlier. Indeed, when the Blades were founded in 1889, the Red Devils were still known as Newton Heath LYR Football Club.

The Yorkshire club, though, still maintain their original name to this day. It is a title that was given to them by members of the Sheffield United Cricket Club, formed in 1854, and who would go on to create a football club under the same name 35 years later.

So, while we may commonly refer to Manchester United as ‘United’, it’s worth pointing out that they were far from trend-setters in this regard.

North of the border, it’s a similarly unique story. While there’s still your fair share of Citys and Uniteds, as well as a few Athletics and Rovers, plenty of suffixes you can file next to haggis and deep-fried Mars bars as things so quintessentially Scottish.

Let’s take a look at some of them from the top four Scottish divisions:

Some just as wacky titles can be found across Europe, too. For starters, take Gibraltar’s Lincoln Red Imps, so named after a former director of English side Lincoln City, nicknamed ‘The Imps’, sponsored them. It doesn’t appear that there are any other ‘Red Imps’ in the football world, nor is there even a place in Gibraltar called Lincoln.

Meanwhile, in the Netherlands, Eerste Divisie side Go Ahead Eagles became named as such in 1971 to recognise the eagle as the bird on the coat of arms of the Dutch city in which they are based, Deventer. Previously, they were simply called ‘Go Ahead’, and were founded in 1902 as ‘Be Quick’. Fellow ‘Eagles’ can also be found in the United States and Canada.

There’s also plenty of countries with sides referring to ‘youth(s)’ in their name; in Europe alone, there’s the Irish Wexford Youths and a number of Juventus-named sides in Italy, of course. But perhaps the most infamous of these is the Swiss BSC (Berner Sport Club) Young Boys of Bern, whose title was supposedly meant to mimic that of a sports club in Basel, known as BSC (Basler Sportclub) Old Boys

If you thought ‘Wednesday’, ‘Red Imps’ or ‘Young Boys’ was odd enough, things are about to get even stranger.

That’s not all, though. Not by a long shot. In Africa alone, you’ve also got Ghana’s oldest club, Accra Hearts of Oak, the South African Kaizer Chiefs, and the rather optimistically-titled Liberian side Invincible Eleven. Not exactly City vs United, is it?

Meanwhile, in South America, Suriname has its own fair share for wacky team names. Look no further than S.V. Robinhood, who fittingly are renowned for giving opportunities to poorer men and boys, or three-time champions S.V. Walking Boyz Company, for example.

There’s also the Argentinian side Deportivo Morón, currently in the second tier, or Bolivia’s Club The Strongest and Club Always Ready. Certainly not lacking in imagination, or hubris, for that matter.

So, at whatever level you might be looking to form a new club, just remember – why settle for being a United, a Rover or a Wanderer when you could be a Mysterious Dwarf, a Red Imp or a Morón?