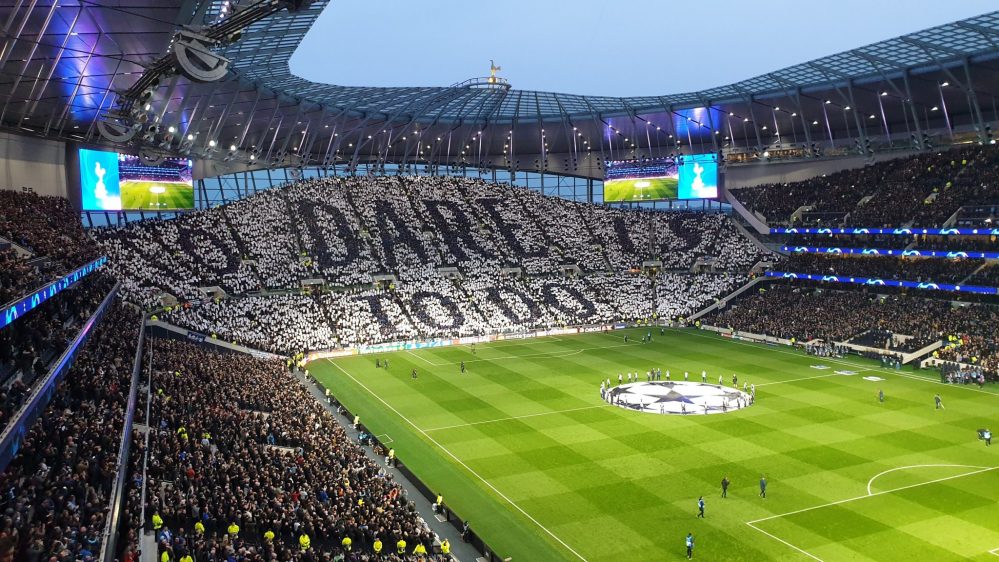 Regular SQaF readers may be familiar with our ‘Are [insert team name] a Big Club?’ segment – feel free to check out our similar features on Newcastle, Everton or Leeds, for instance.

Today, though, we’re turning our attention to Tottenham Hotspur. They’re one of the 12 to have initially signed up to the disgraced European Super League in April 2021 which, along with their rich history, state-of-the-art stadium and world-class players, would suggest they are a ‘big’ club, right?

Well, let’s first take a look at what it means to be a ‘big’ club, before inspecting Spurs’ trophy room and deciding once and for all how big a club they are:

What Makes a ‘Big’ Club?

A number of factors – and whether or not you briefly were a ‘Super League’ club isn’t one of them, in actual fact.

Many consider the big clubs to be dripping in silverware, with illustrious, proud histories, and that certainly comes into it, but there are more contemporary factors worth taking into account, too.

How much revenue does the club generate? What transfer fees and wages do they pay? What sort of attendances do they get (at least before COVID-19)? How far and wide does their fan base spread across the globe? What is their pedigree on the European stage? How many of their players also represent their countries?

All of these, to varying extents, play a part in shaping the size of a football club.

What Have Spurs Won?

Let’s have a look at Tottenham’s full honours list:

What Was Tottenham’s Last Trophy?

In 2008, when Juande Ramos led Spurs to League Cup glory in extra time against Avram Grant’s Chelsea at the new Wembley.

Didier Drogba gave Chelsea a first-half lead, but a Dimitar Berbatov penalty and a 94th-minute winner from Jonathan Woodgate completed the turnaround to seal Tottenham’s first piece of silverware since 1999 (also the League Cup).

Since then, they have been runners-up on four occasions (without scoring a goal in any of those four finals), but have yet to add to their collection.

When Did Spurs Last Win the League?

In the 1960-61 season, the club’s most successful, trophy-laden campaign.

Under the guidance of manager Bill Nicholson and inspired by the likes of captain Danny Blanchflower, Dave Mackay and 28-goal man Bobby Smith, Spurs eased to the First Division title at a canter, finishing eight points ahead of Sheffield Wednesday in second.

It was the second and still most recent time they have been crowned champions of England’s top tier, and in the same season they also won the FA Cup, becoming the third English club to achieve the league and FA Cup double.

Have Spurs Ever Been Relegated?

They are, though, one of just six Premier League ever-presents since its inaugural season in 1992-93, along with Manchester United, Liverpool, Arsenal, Chelsea and Everton.

Have Tottenham Won the European Cup?

No; the closest they’ve come to being Kings of Europe was when they lost 2-0 in the Champions League final to Liverpool in June 2019, after the most thrilling white-knuckle ride of journeys to the final which included a helter-skelter triumph against Manchester City and that iconic comeback semi-final win at Ajax.

They were also beaten semi-finalists in the European Cup in 1961-62, a year after their historic domestic double, but are still the joint-fourth-most successful English side in European competitions thanks to their UEFA Cup Winners’ Cup and two UEFA Cups (now the Europa League).

So… Are Tottenham a ‘Big’ Club?

Many scoffed at the idea of Spurs entering a ‘Super League’, suggesting that a club with no league title for 60 years and only one League Cup since the turn of the millennium had ideas way above their station.

Does this mean they’re not ‘big’, though? Not at all. With 26 honours to their name, they are the sixth-most successful club in English football history, for a start.

Plus, per Swiss Ramble, they paid the sixth-highest amount in wages in the Premier League during the 2010s (£1.3 billion), and made the fifth-most in commercial revenue in England in 2019-20 (£162 million). The £85 million they received from Real Madrid for Gareth Bale in September 2013, meanwhile, remains the highest fee paid for a British footballer.

Plus, in 2019-20, their first full season in their stunning new 62,000-seater arena, The Tottenham Hotspur Stadium, they returned the fourth-highest average attendance in the Premier League (though, their final five home games were behind closed doors due to the pandemic).

They also boast 22.2 million Facebook likes, again the sixth-most in the Premier League, and while they have yet to become European champions, their status on the continent has certainly grown with the recent Champions League forays, even if 2021-22 will likely mark a second successive season out of the competition for them.

In the last international break (March 2021), 11 members of their senior squad earned call-ups. Bale, back at Spurs on loan from Real Madrid this season, is the iconic Welsh footballer of this generation, while Harry Kane is not only vice-captain for Tottenham, but England captain, too.

So, don’t let the slightly dusty trophy cabinet fool you. For a club that hasn’t won much for a while, the facts numbers still point to Tottenham being, well, if not ‘Super’, then at least ‘big’.