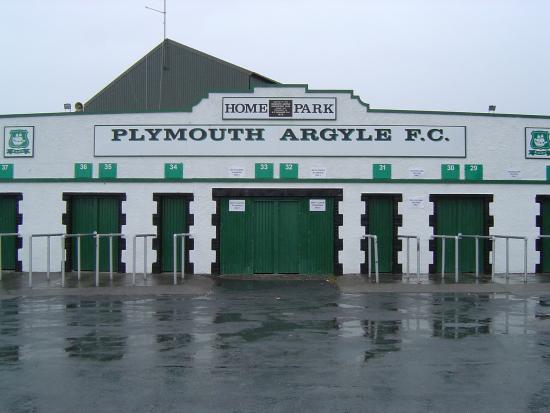 There are a number of popular suffixes in English football. You can never be too far from a ‘City’, ‘United’ or ‘Town’, for instance, but ‘Argyle’, not so much.

In fact, Plymouth Argyle are the only professional club to have this added on to their name, but how exactly did the unusual title come about for the Devonshire outfit?

For starters, Plymouth Argyle has not always been the club’s name, but they have always carried ‘Argyle’, not ‘Plymouth’.

When the Pilgrims were founded in 1886, they were initially known as Argyle Football Club, though poor results led the club to disband just eight years later.

But they were resurrected in 1897 as a part of a more general sports club, the Argyle Athletic Club, before eventually joining the Southern League in 1903, when it turned fully professional and adopted its current name, Plymouth Argyle.

To this day, there have been no more name changes, but quite how ‘Argyle’ came about remains somewhat a mystery.

Argyle and the Argylls

It is not conclusive how Plymouth Argyle came to have their unique title, but one popular theory suggests it derives from the club’s links with the military.

In 1881, just five years before the club was founded, a branch of the British Army called the Argyll and Sutherland Highlanders was formed, made up of troops with commendable footballing ability themselves.

Some believe that, while they were based in the Plymouth region, founding members of the Argyle Athletic Club were impressed by their skills so much that it inspired them to make the following name change.

A letter from 1934 by one of the club’s founding members, Howard Grose, certainly adds weight to this idea:

“I recollect holding forth on what our club should aim at achieving in the football world viz: to emulate the style of play adopted by the Argyll and Sutherland Highlanders who I believe in the previous year won the Army Cup.

“I then explained that anyone who had watched them play would have been struck with the excellent team work shown, the fast low passing from backs to forwards, wings to centre followed by short swift shooting at the opponents’ goal and we should endeavour to play on the same lines.

“Then someone said: ‘Why not Plymouth Argyll? That’s the name that could be applied locally.’ When put to a vote it was adopted almost unanimously.”

Not everyone goes along with this idea, though. A popular alternative theory as to how the name came about is that it was based simply on geography.

Some believe that the name derives from the location of the meeting which resulted in the club being founded which, supposedly, was the Argyle Tavern pub, or on Argyle Terrace (though The Argyle Archive disputes this, saying the name was decided at a meeting at the Borough Arms Coffee Tavern in Bedford Street in September 1886).

It’s fair to say, then, that the reasoning behind it is inconclusive, even more than a century later.

Any Other Unique Endings?

There’s plenty of other unusual suffixes to names of English football clubs, even if none joined Plymouth in opting for Argyle.

The idea of any others being based off either British Army regiments or nearby pubs, though, seems fairly unlikely.

ALSO READ: Why Are Derby Called ‘County’ and Not ‘City’?