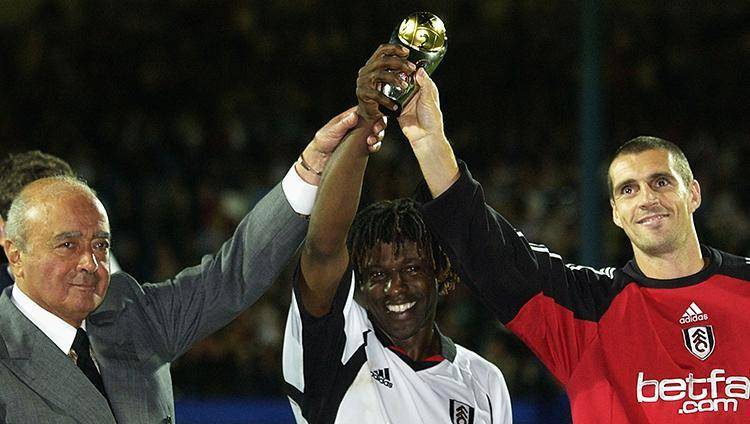 After 13 successive years of top-flight football between 2001 and 2014, it seems Fulham are well on their way to joining West Brom and Norwich in the group of clubs ceaselessly yo-yoing between the Premier League and the Championship.

A 23-game run of total football and zero defeats under Slavisa Jokanovic saw Fulham swashbuckle their way from 15th in the second tier in November 2017 to play-off glory the following May, but a calamitous return to the promised land comprised a run of nine consecutive league defeats, 81 goals shipped and more managers (three) than away wins (one). And all after a summer spending spree in excess of £100 million.

Scott Parker, in his debut full season as a number one, restored the winning culture in 2019-20, though, with a more solid if still potent setup which saw 15 of their 23 Championship wins arrive by the odd goal. It would end, again, in play-off glory over neighbours and neutral’s favourite, Brentford, at a deserted Wembley more than a year after their Championship campaign began.

But historians, sceptics and general cynics don’t tend to consider a second-tier piece of silverware as a significant trophy, so how extensive is the major Fulham honours list?

Have Fulham Ever Won The FA Cup?

No, and their one and only appearance in the final of club football’s oldest cup competition in the world came as long ago as 1975.

Then in the Second Division, Fulham won each of their five pre-final ties away from Craven Cottage and, this being back when you would keep having replays until there was a winner after 90 minutes, meant they faced Hull and Nottingham Forest three and four times respectively in the first two rounds en route to Wembley.

Alec Stock’s men then pulled off one of the greatest cup upsets of 1974-75, when Viv Busby’s brace was enough to see off Everton, themselves then top of Division One, 2-1 at Goodison Park.

Les Barrett then scored the only goal at Burnden Park as Fulham edged to a 1-0 win at Carlisle, before a last-gasp John Mitchell strike in extra-time of their semi-final replay against Birmingham at Maine Road saw Fulham book a date with destiny.

The final proved a step too far though, as West Ham secured a 2-0 win over a Fulham side including Hammers and England legend Bobby Moore, in what still remains the last FA Cup final to be contested by 22 British players.

Indeed, if we are to be elitist about it, then arguably Fulham have no major trophies to brag about. They’ve always been the bridesmaid, in that regard.

Ardent Cottagers may also point to the club’s Intertoto Cup glory in 2002, a now-defunct competition where there was no final, there were three winners, and you could enter by merely submitting an application on the proviso that you hadn’t already qualified for the Champions League or UEFA Cup (Fulham finished 13th in the Premier League the previous year).

Victories home and away over FC Sochaux followed by a 5-3 aggregate win over Bologna sealed the title for Fulham, as well as Stuttgart and Malaga, who beat Lille and Villarreal respectively. To this day, “The Intertoto, we won it one time” remains a staple in the Fulham fans’ matchday setlist.

Aside from the FA Cup in 1975, Fulham been beaten finalists on two other occasions; the 1975-76 Anglo-Scottish Cup, which they lost over two legs to Middlesbrough, and the 2009-10 Europa League, when their miraculous journey ended in heartbreak at the hands of Atletico Madrid. But more of that in a moment.

Fulham In The Europa League

“There’s a tidal wave on the Thames!”

From winning their final three league games of 2007-08 to survive by mere goal difference to their best Premier League finish of seventh, Fulham finally ventured into proper European football in the summer of 2009; no Intertoto this time – this was the Europa League, the real stuff.

Lithuanians FK Vetra and Russians Amkar Perm were dispatched routinely enough in the qualifying rounds of July and August, and a tricky group consisting of themselves, Basel, Roma and CSKA Sofia was navigated successfully courtesy of a final-game win in sub-zero, snow-coated Switzerland.

But the real fairy tales were only yet a work-in-progress. Hodgson’s men were drawn in the first knockout round against holders Shakhtar Donetsk, who fell to a 2-1 first-leg defeat in West London despite calling on the likes of Willian, Fernandinho, Luiz Adriano and Douglas Costa on that February night.

In the cauldron of the Donbass Arena a week later, Fulham saw the job through with a resolute 1-1 draw, but the threat of Juventus in the last 16 on the horizon meant that any celebrations here looked premature.

And so it seemed after the first half of the tie, when the Italian giants, albeit not enjoying one of their more memorable eras, still saw Fulham off comfortably with a 3-1 win; the Whites’ only crumb of comfort being Dickson Etuhu’s away goal to give them a slither – and more than that – of hope in the following week’s second leg.

But that hope looked to have been extinguished when David Trezeguet struck inside two minutes at the Cottage, wiping out Fulham’s away goal and extending Juve’s aggregate lead to a seemingly insurmountable 4-1. As it transpired, the word ‘seemingly’ cannot be stressed enough here.

Zoltan Gera’s close-range finish then gave Fulham not only a goal advantage on the night but something far less tangible but infinitely more valuable – belief. Trailing 4-3 on aggregate at the break but leading 2-1 on the night, the game was on again.

Yet the tide had only began turning at that point. A handball by Diego minutes into the second period handed Gera the opportunity to net his second and Fulham, and the Hungarian duly obliged. With more than 40 minutes left, somehow, we were on course for extra time. Enter Clint Dempsey.

The seconds ticked down, the nails bitten away, the heart rate ever rising, and out of nothing on 82 minutes, American forward Dempsey conjured up a piece of pure genius. From the most acute of angles, he found the perfect gap between post and crossbar to chip the powerless Antonio Chimenti in goal and put Fulham ahead in the tie for the first time.

Juventus offered no riposte, their frustrations visibly boiling over as Jonathan Zebina was also given his marching orders for kicking out at Damien Duff. Another giant slayed: now to Germany.

Compared to the helter-skelter nature of the Juventus victory, Fulham made pretty light work of their quarter-final with German champions Wolfsburg. Zamora and Duff were on target in a 2-1 first leg home win, and even a late away strike for the visitors didn’t faze the Whites, who were ahead inside 60 seconds of the reverse fixture thanks to Zamora again, a one-goal advantage they held to the final whistle that night.

It was another German outfit in Hamburg that would provide a stiffer test for Hodgson’s heroes. The first leg, held at Hamburg’s Volksparkstadion which would also host the final, was a goalless non-event other than a man-of-the-match display from goalkeeper Mark Schwarzer, but a stunning free-kick from future Fulham striker Mladen Petric in the second leg left the hosts with yet another uphill battle.

Another mountain they fearlessly scaled, though, even without the injured Zamora. In the space of seven exhilarating second-half minutes, wingers Simon Davies and Gera netted a goal apiece to see Hamburg off. Cue Drury’s piece of pure poetry from the gantry.

Again, though, it was not quite to be for Fulham. Only Forlan, in truth, came between them and Europa League glory on that night in May back in Hamburg. But the Uruguayan was at the top of his game and would follow up his brace here with a World Cup campaign that would end with him joint-top scorer. Even for a goalkeeper of Schwarzer’s calibre, Forlan was too much.

He put Quique Sanchez Flores’ side ahead just after the half-hour mark but, in typically Fulham fashion, the underdogs were level in no time thanks to Simon Davies’ volley. They pushed Atletico every inch of the way but, on 116 minutes, Forlan’s deft finish eluded Schwarzer and broke Fulham hearts.

Hodgson would leave for Liverpool soon after, closing the book on one of the most dramatic changes in fortune in recent times. In two-and-a-half years, he had transcended Fulham, a club that had gone from staring down the barrel of relegation, to seventh place, to beaten European finalists. And all with largely the same crop of players.