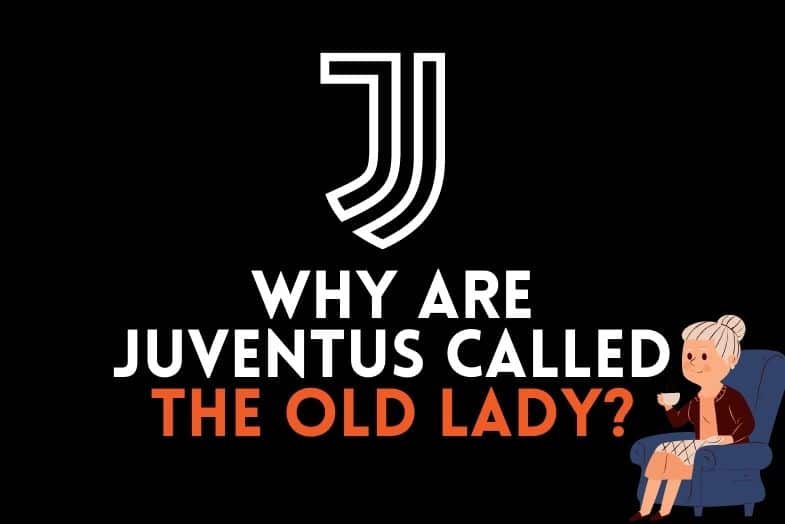 When it comes to sports fans, some words can be completely associated with a certain club or a sporting idea. Just mention the word “Spurs” in front of a fanatic, and his mind would immediately shift towards Tottenham Hotspur, or perhaps San Antonio Spurs, based on his sports preferences.

So what would you expect when it comes to the most successful football club in the history of the Italian league?

Since its founding in 1897, Juventus Football Club has been launching one winning dynasty after another on the domestic level, culminating in 36 league titles – the number would be 38 if you ask any fan of the club, but that’s another debate for another day.

Therefore, it’s no surprise that the word “Juventus” has completely blended with the Turin-based club, whilst its original meaning has become a mere afterthought.

But what does the word “Juventus” truly mean? And why did the club adopt it as its official name? And why is the team nicknamed “The Old Lady’’?

Let’s dig in the history of one of the greatest clubs in European football, one that is filled with an astonishing contrast.

What Does ‘Juventus’ Mean?

The word “Juventus” originates from Latin, and it literally means “youth”. The word is also associated with “Juventas”, the Latin goddess of youth and rejuvenation.

They say that the Latin language didn’t die, but rather evolved into other languages, including Italian, French and Spanish.

But it still doesn’t explain how a football club found its name from a language that was no longer spoken at the time of its founding in the late 19th century.

What is Juventus Named After?

Juventus was named after a young group of teenagers who were at the time were students in the ‘Massimo D’Azeglio’ high school and shared a passion for the sport that had recently been imported from the English shores.

The oldest of the thirteen founding members was only 17-years-old at the time, but since they were pupils at a school specialized in cultural studies, they reverted to Latin for inspiration.

Therefore, the word “Juventus” or “youth” was a natural description for the young group of students. But little did they know that a European giant – a Super Club one might add – was in fact born on a simple park bench that day.

What is Juventus’ Nickname?

Juventus have been associated with various nicknames, the most famous ones being “The Old Lady”, “The Zebras”, “Il Bianconeri” and “Italy’s Fiancée”.

The last one is perhaps less used in modern day, but it was meant to describe the love affair between the club and the Italian people. Juventus possess by far the largest fanbase in the peninsula, with their supporters being spread from the mountains of the Alps region, all the way down to Sicily.

On the other hand, it’s worth noting that most of the supporters of other Italian clubs completely despise Juventus, especially the fanbase of Fiorentina, Inter and their crosstown rivals, Torino.

Either passionately beloved or absolutely hated, this is the status of Juventus in Italy. Such contrast can only be expected from a club that adopts two opposing colors. “Il Bianconeri” which simply means “The Black and White” refers to the club’s historical colors, sported since the beginning of the 20th century. This also explains “The Zebras” nickname, although this one is more associated with Udinese.

And yet, the most striking contrast lies within the “La Vecchia Signora” label. Why would a club that is literally called “youth” earn the nickname “The Old Lady”?

Why Are Juventus Called ‘The Old Lady’?

Although the origin of the name is a place of debate, it is widely believed that Juventus are called “The Old Lady” because they held onto their aging veterans during the 1930’s, so some took the opportunity to create this nickname as a pun on the club’s name, “youth”.

Whilst this attempted joke explains where the term “Old” comes from, the word “Lady” was added to showcase the supporters’ respect and attachment to their club, treating it like a true lady. Some even suggest that the fans referred to the club by “The Lady” nickname even before the emergence of “The Old Lady” moniker.

So what began as a slightly obvious pun ended up becoming a significant element that has been associated with the club for almost an entire century. The fact that Juventus continued to build winning dynasties upon the shoulders of experienced veterans throughout the years surely had a hand in further cementing the nickname.

Just think of Cristiano Ronaldo who arrived at the club as a 33-year-old, or Gianluigi Buffon who went on to defend his beloved “Lady” until the age of 43, and they both played a major part alongside the likes of Giorgio Chiellini, Leonardo Bonucci and Andrea Pirlo in building the nine-year winning dynasty that annihilated the hapless competition between 2012 and 2020, and almost rendered the Italian league a mere “Farmer’s League”, as some would say.