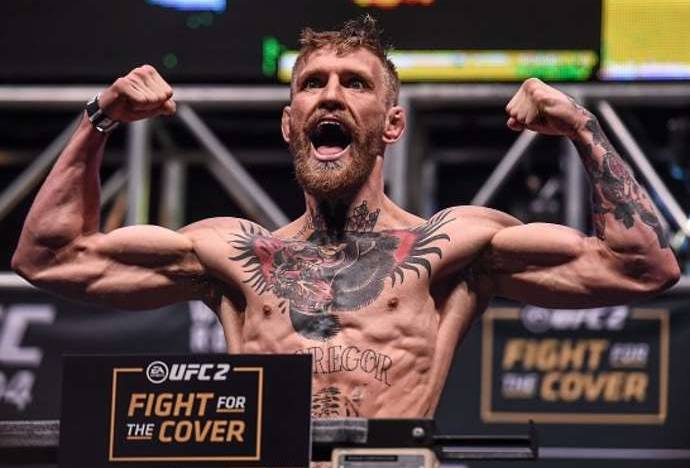 It’s a controversial topic, as it can put your health in serious danger less than 48 hours before a fight.

But weight cutting is increasingly common in combat sports, not least mixed martial arts (MMA) fighters. This involves reducing your body’s ‘water weight’, meaning they often stop eating and drinking, run around, sleep wrapped in duvets and plastic and spend a long time in saunas.

Obviously, this is not healthy and explains why lots of fighters look like almost skeletal at their weigh-ins. This can also hamper their ability to fight properly as well as posing longer-team health risks, too.

So, what are the boundaries on weight cutting in the UFC? How dangerous is it? And will we see any changes made to this dangerous process in the future?

There are nine different weight divisions in the UFC, and each fighter must weigh in at or below his or her specific weight on the morning of the day before the fight.

For non-title bouts, they cannot weigh more than 1 pound over the limit, whereas for title fights they cannot be more than half a pound above the maximum.

If a fighter misses weight, the fight can still go ahead, but they will likely be subjected to a penalty, like giving up some of their salary.

In some states (e.g. California), you must not cut more than 10 per cent off what is deemed your healthy hydrated weight.

In 2017, a ten-point plan was introduced in California to help combat extreme weight cutting. This involved:

How Do UFC Fighters Cut Weight?

Often through an extremely intense period of sweating, saunas and salt-free diets.

In order to lose weight quickly, some fighters will embark on a programme revolving around gradual reduction in water intake, no salt at all, meals that are rich in fat and protein and low in carbohydrates, sugar or starches and a great deal of time spent in saunas and hot baths.

Though, this is not the only way. For instance, famed MMA nutritionist George Lockhart, in an interview with Men’s Journal, explained how he maps out a different diet plan for each fighter he works with, but that many involve plenty of water, salt, carbs and protein.

“Camps have them cut out salt and carbohydrates three weeks out. They will lose a lot of weight initially,” he said.

“That, however, only hinders the body’s ability to sweat, because it will start to retain water. Keeping both water intake and sodium levels balanced is the key to a healthy weight cut.

“As little as 3 per cent dehydration equates to a 30 per cent decrease in performance. You’re starting to pull things from your major organs.”

How Much Weight Do UFC Fighters Cut in One Day?

Fighters have been known to lose up to 30 pounds over two days, some of which they can then put back on in the 24 hours between the weigh-in and the professional bout.

But in terms of weight cut in one day previously, there are certainly some similarly extreme examples. In November 2013, for instance, Ronda Rousey shed 17 pounds in 24 hours to make a point about how insane weight cutting really is as a concept. While filming season 18 of The Ultimate Fighter, she is said to have spent five hours in a sauna to show a contestant who had missed weight just what it was like.

Another significant example of this is the former UFC Women’s Bantamweight champion Holly Holm, who garnered a reputation during her career for losing ten pounds on the day of her weigh-ins.

Have Any Fighters Died Cutting Weight?

Yes, but not in UFC; rather, it was in the Singapore-based MMA division known as ‘ONE Championship’, and in Brazil.

MMA fighter Leandro Souza tragically died after passing out before the weigh-in for a match in his native Brazil in 2013. Reports said that he had taking diuretics to lose the necessary weight – such drugs are banned by the UFC.

Meanehile, in Asia, Chinese flyweight Yang Jian Bing passed away on December 11, 2015 at the age of just 21 due to cardiopulmonary failure following his weight cut for a bout with Geje Eustaquio at ‘Spirit of Champions’ later that day.

Bing reportedly arrived at San Juan De Dios Hospital in Pasay, Philippines unconscious and unresponsive, and was repeatedly losing his pulse. He later died of rhabdomyolysis – the breakdown of muscle tissue that leads to the release of muscle fibre contents into the bloodstream.

Less than a fortnight after Bing’s tragic passing, ONE Championship underwent a total overhaul of its weigh-in system. Their new policies were as follows:

Overage and Limits of Weight Cutting

(ONE Chief Doctor may approve up to +/- 0.5% maximum error in any weekly weight check)

Like anything in life, perhaps weight cutting is only a problem when done to excess. So, the obvious initial response is to simply be more measured in how you lose weight.

Take exercise more regularly, eat more healthily while resisting the urge to snack between meals, drink more water and you’re on the right track. It will be more of a slow-burn than the path many fighters take, but it is eminently better for your general wellbeing than intense pound-shedding.

Other possible alternatives are simply more stringent checks and measurements on fighters. Do their bone and muscles masses weigh the right amount? Have they re-hydrated sufficiently enough before their fight? Could random weight tests as in the ONE Championships deter competitors from going too far?

Either way, there is certainly much that the UFC can glean from the ONE Championships’ changes made in the last few years. Speaking of which:

Will the UFC Change Weigh-Ins?

The amendments made by the ONE Championship regarding weight cutting regulations are clearly beneficial. That much, surely everyone can agree on.

The issue is, though, whether they left it too late in only re-evaluating after a devastasting incident had occurred in Bing’s passing.

Will the UFC only wait for something similarly awful to happen before changing their own rather archaic practises? Naturally, you hope not, but five years have passed since Bing died and if this were a cautionary tale for the division, it has yet to be heeded.

With healthier alternatives to weight cutting involving closer management, multiple weigh-ins and constant hydration tests, the ONE Championship has at least belatedly got it right (or better, anyway). Perhaps the UFC could do with taking a leaf out of their book before it’s too late.