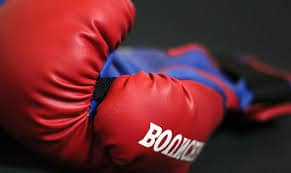 Are you an inspiring fighter looking to take some inspiration from the best? Keen to know what went on behind the scenes in your boxing hero’s career? Want to delve deeper into the rich history of your favourite sport?

We’ve picked out seven of the best books about boxing for you to pick from, covering all of these bases and more in the process. Each of these, we hope, you should find a gripping read:

*NOTE: All prices listed are for paperback or hardback editions. Books may also be available in Kindle form.

The latest entrant to the ‘best books about boxing’ list, this is perfect for any boxing fanatic, with biographies of each of the sport’s iconic champions across every weight class and a treasure trove of boxing facts, statistics, history and culture.

Starting right back in boxing’s early days right up to the money-spinning behemoth it is now, this encyclopaedia details the greatest fighters, the most unforgettable fights, and the most important prominent figures beyond the ring, too. Plus, there’s a stats section updated as recently as March 2020, as well as delves into the sport’s more recent defining changes.

Put simply, this a must-have for any boxing aficionado who wants to know anything and everything about the sport they love.

An Illustrated History of Boxing – Nat Fleischer and Sam Andre

For a more colourful read of the sport’s history, though, ‘An Illustrated History of Boxing’ is an excellent purchase.

With this book, readers can step into the shoes (or gloves) of fighters in every weight class, and relive every defining moment of their careers. Every defining moment in every boxing division is described in great depth, from the early days of bare-knuckle fighting, through the introduction of the Marquis of Queensberry rules, to the present day.

And if you want authority on boxing from your author, you’d struggle to find better than Nat Fleischer, former owner-editor of ‘The Ring’ magazine, and sports writer Sam Andre.

If it’s boxing autobiographies you’re after, can there be a better place to start than with arguably the game’s most recognisable, transcendent individual?

In his first autobiography, co-written with Larry Sloman, Mike Tyson tells all about his not just his incredible career, but his fascinating life away from boxing. All in all, it makes for a brutal read about one of sport’s most recognisable icons who reached boxing’s apex before succumbing to crime, substance abuse and more.

In typical Tyson fashion, he pulls no punches in this no-holds-barred autobiography, which is bound to at least alter any preconceptions you had of him, if not change them entirely. Indeed, if you think you knew the real Mike Tyson, think again.

King of the World: Muhammad Ali and the Rise of an American Hero – David Remnick (£9.99)

Fancy a good boxing biography? There are worse places to look than this intoxicating read on the legend that was Cassius Clay, otherwise known as Muhammad Ali.

Written beautifully by Pulitzer Prize-winning David Remnick, this book leaves no stone unturned on an engrossing career, chronicling Ali’s rise through the ranks from Louisville gyms to his seminal bouts with the likes of Sonny Liston and Floyd Patterson, allowing Ali’s irrepressible personality to shine through these pages all the while.

For more great boxers about boxers, be sure to check out celebrated journalist and author Herb Boyd’s captivating look at the life of Sugar Ray Robinson, widely considered the best of his generation, if not of all-time.

A fighter few knew much about outside the ring during his career, Boyd’s book does Robinson justice and then some, painting an in-depth, vibrant picture of one of boxing’s true greats.

As well as his greatest triumphs, Boyd veers down darker alleys, in particular the emotional and physical abuse he inflicted on some of the women in his life, and the deep-rooted flaws of one of boxing’s most complex yet absorbing minds.

Feel like immersing yourself in some quality boxing fiction? Leonard Gardner’s ‘Fat City’ won’t let you down in that regard.

Originally published in 1969 and set in Stockton, California, ‘Fat City’ tells an enchanting tale of a meeting of retired boxer Billy Tully and newbie Ernie Munger, and how the former’s career is revived and latter’s begins to take off.

Telling a vivid tale of victory and defeat, addiction, the trappings of wealth and more, ‘Fat City’ will no doubt hit close to home for anyone with experience in the ring, but even for the sport’s biggest fans it will no doubt strike a chord, too.

“Lots of people have asked me about the title of my book. It’s part of Negro slang. When you say you want to go to Fat City, it means you want the good life. I got the idea for the title after seeing a photograph of a tenement in an exhibit in San Francisco. ‘Fat City’ was scrawled in chalk on a wall. The title is ironic: Fat City is a crazy goal no one is ever going to reach.”

And finally, for more great boxing literature, give W.C. Heinz’s ‘The Professional’ a read, which tells the tale of boxer Eddie Brown’s quest to become middleweight world champion.

Of course, though, that road is far from a straight path. Brown’s circuitous journey to the top involves all sorts of underhand characters and familiar boxing tropes, but without being depicting in a clichéd, contrived fashion.

Described by late journalist Pete Hamill as ‘one of the five best sports novels ever written’, ‘The Professional’ charts Brown’s rise every step of the way, with his trusted trainer Doc Carroll beside him for every minute of it, in a poignant yet brutal tale which shines a light on some of boxing’s darker corners.