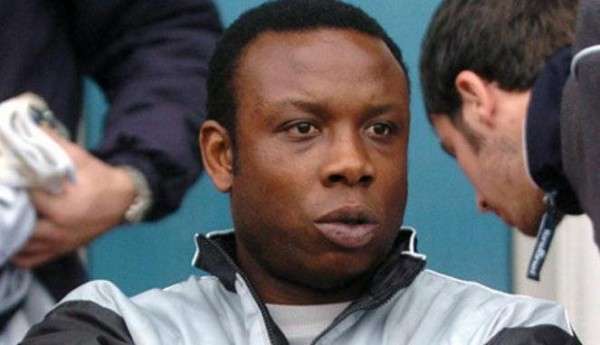 It’s become synonymous with modern football in England that managers aren’t given enough time to stamp their authority on clubs, with the average life spans of the men in the hot seat shortening by the season.

But even by today’s standards, some tenures have been ridiculously short. Let’s take a look back at five which were over before they had barely even begun:

The quickest managerial reign in the history of the English game – a record he will likely hold forever – Rosenior was appointed Torquay manager in May 2007 following their relegation out of the Football League, replacing Keith Curle. It was a return to the club Rosenior had managed for four years from 2002 to 2006.

But at the same time, Torquay chairman Mike Bateson sold 51 per cent of the club to a consortium, who made one of their first orders of business to relieve Rosenior of his duties before he could even get his feet under the desk, and hire Paul Buckle instead.

Speaking in 2016, Rosenior said: “I went down, did the press conference and Mike rang me about 10 minutes later.

“I thought he was joking but he said: ‘you’re not going to believe this, but they’ve given me the offer I want’.”

Lasting not much longer than Rosenior was Dave Bassett at Crystal Palace, who left Wimbledon in June 1984 for the Second Division club, only to change his mind after four days in the job and go back to Wimbledon.

“I gave it some serious thought, but in the end it just did not feel right,” he said.

“We have unfinished business, and I didn’t really want to leave here.”

Since the Pozzo family took over Watford in 2012, they’ve garnered a reputation for parting with their managers almost at will, but even by their standards, this was rapid.

Billy McKinlay, who had previously worked as a coach at Fulham, and then at Real Sociedad with David Moyes, was already the Hornets’ third manager of season when he replaced Oscar Garcia less than two months into 2014-15.

Just eight days later, though, after presiding over a win a draw in his two games in charge, McKinlay was replaced Slavisa Jokanovic, who himself was let go by Watford even after winning promotion to the Premier League that same season.

2009-10 is not a campaign Paul Hart will remember fondly. First, he was sacked by doomed Portsmouth in November, who would be relegated from the top-flight and become the first Premier League team to enter administration that season, then he was let go by QPR just two months after leaving Pompey.

Hart was only five games into his spell at the Championship club having replaced Jim Magilton in December 2009, but was duly relieved of his duties by owner Flavio Briatore the following month.

He endured a similarly short managerial reign at Swindon Town the following season; appointing in early March and sacked by early April, Swindon would go on to finish bottom of League One.

It was all smiles when Paul Scholes became manager of Oldham Athletic, his boyhood club, in February 2019, but it didn’t take long for those to turn to frowns. 31 days, in fact.

The club’s owner, Abdallah Lemsagam, has long been regarded as a dubious figure in football, and so Scholes swiftly discovered, blaming interference from him and the Oldham hierarchy as the reason for his premature departure.

He lasted just seven games in charge of the League Two club, winning only one. Though, as of November 2019, Oldham have had three different men in the hot seat since Scholes left, so perhaps he could hardly be blamed for having second thoughts.