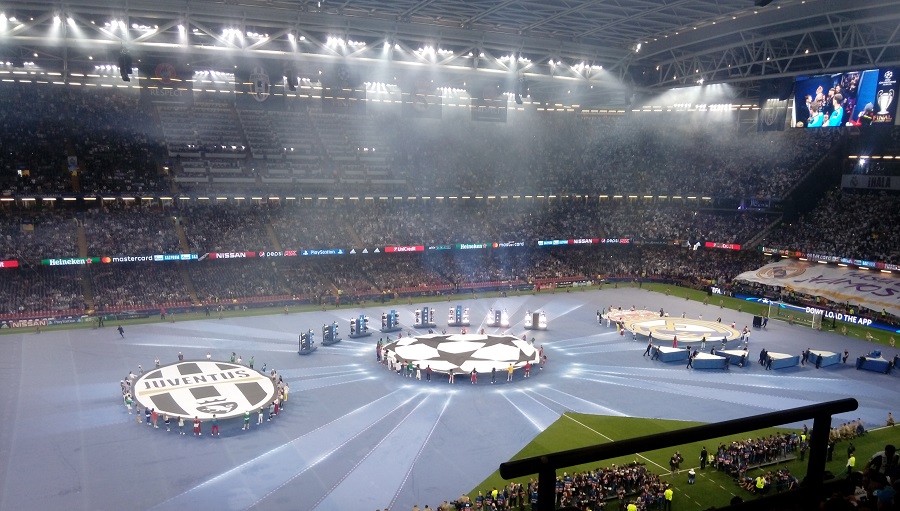 It’s an idea that has been discussed for more than two decades now, and would change the world of football forever as we know it.

But just what would a European Super League entail, and how likely is it to happen any time soon?

And, more importantly, would it be right for football if it were to become a reality one day?

What is The European Super League?

It’s practically what it says on the tin – a division of 16 teams, probably to be split into two groups of eight, consisting of Europe’s elite, who would all face each other in a round-robin style tournament.

The top four teams in each group would likely progress to the knockout rounds, starting with the quarter-finals, then the semis, and then a European Super League final.

For the teams involved, they would participate in this instead of, not as well as, the Champions League.

It was first raised in 1998 by a private Italian sports management company, Media Partners, who tried to tempt Europe’s best with a payout of roughly £750 million for joining its proposed Super League – far more than the £100 million which was given to Champions League clubs at the time.

But the plans fell through when UEFA expanded the Champions League and abolished the Cup Winners’ Cup to better accommodate clubs that were considering joining the Super League.

But it came back to the fore little more than a decade later, when Real Madrid president Florentino Pérez said in July 2009: “We have to agree a new European Super League which guarantees that the best always play the best – something that does not happen in the Champions League,” a notion that Arsène Wenger agreed was likely within the next ten years.

And while the Frenchman’s prediction has been proved wrong, the debate has not stopped rumbling on since.

It’s not entirely off the table, but surely won’t happen 2024 at the absolute earliest.

There are two main reasons for the clamour for it. Firstly, as Pérez alluded to, while the Champions League can still be compelling, especially when the biggest clubs match up on the biggest stage, other games can become mismatches, especially in the group stages, which some believe has become stale and predictable for the most part.

But also, rather inevitably, there is the prospect of extra revenue from a European Super League. Eight cases of Big club A playing big club B every matchday would make for box office entertainment, meaning more money would almost certainly be generated from those games than the majority of Champions League fixtures.

Change is definitely on the cards, irrespective of what form that change takes. In 2016, a similar style of league was discussed by UEFA, but was rejected, so structural changes to the Champions League were made instead. This saw the number of direct group stage qualification places in England, Germany, Spain and Italy increased to four each.

Then, in November 2018, German publication Der Spiegel claimed that certain leaked documents suggested that top European clubs had been holding secret talks to create a European Super League, which was projected to begin in 2021 and see teams leave their national leagues and competitions as a result.

But any real threat of that happening, either, was killed off by UEFA in February 2019, when it agreed on new legislation – or a ‘memorandum of understanding’ – as it was otherwise known to protect Europe’s biggest leagues until 2024.

And in June 2019, Reinhard Rauball, the president of the German Football League, said that the Bundesliga and the Premier League will both block any plans for a ‘super league’ in 2024.

Rauball, who is also president of Borussia Dortmund and vice-president of the German Football Association, said these plans, developed by the European Club Association, could ‘destroy’ national leagues, but admitted that the Champions League may soon need further reform.

That is unlikely to be the end of the debate, though, and it will surely resurface with more substantial plans in near future.

Although there are no official confirmed teams for a European Super League, there are 12 teams that have consistently been discussed as forming the core of a potential new league (listed below). Whether more teams would also join remains to be seen and indeed if new teams would be able to earn entry into the league is unclear.

While from a financial point of view it looks enticing, especially for UEFA and the clubs who would enter the super league, it’s hard to escape the idea that it would detract more than it adds to the footballing landscape in Europe.

Certainly, the big leagues are losing their competitive edge. Paris Saint-Germain have won six of the last seven Ligue 1 campaigns, Bayern Munich have taken the last seven Bundesliga titles, while Juventus last failed to win Serie A in 2010-11.

Meanwhile, only Atletico Madrid offer any real threat to the overwhelming dominance of Barcelona and Real Madrid and Spain, likewise Liverpool to that of Manchester City in England.

But would any of these leagues really be any more entertaining, enjoyable or frankly better without its star names? Not only that, but there would be no more Merseyside derbies, possibly no more Arsenal vs Tottenham matches, and no more Roma vs Lazio games; fixtures which matter to these clubs’ fans more than any other.

And sure, while the Champions League may churn out the same old dull affairs every year, it is also the stages for some of football’s most memorable nights.

Revamp it if necessary, perhaps by even doing away with the group stages, but a European Super League would be putting the final nail in the coffin of the tournament which brought us Manchester United’s last-gasp triumph in 1999, Chelsea’s incredible run to glory in 2012, or the unimaginable semi-final fightbacks of Liverpool and Tottenham in 2019.

It would make deep pockets deeper, but for the rest of us, we would be losing something which is an integral part of the absolute essence of football.