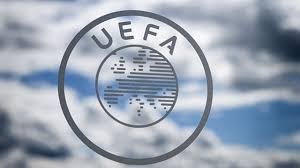 Just when you thought football’s calendar was full enough without the small matter of a global pandemic to contend with, UEFA will be throwing another ingredient into the mix from the 2021-22 season with another new European competition, the Europa Conference League (UECL).

Here, we’ll look at the setup of the Europa Conference League, pros, cons, and much more.

What is the Europa Conference League?

The Europa Conference League will essentially be UEFA’s third tier of European competition, below both the Champions League and Europa League.

It was first announced in December 2018, and its introduction will mark the first time UEFA will stage three different club competitions over the course of one season since 1998-99; the final year of the UEFA Cup Winners’ Cup.

When does the Europa Conference League Start?

As mentioned at the start, the competition is scheduled to begin in the 2021-22 season, and will run throughout the 2021-2024 cycle at least.

Qualifying rounds will take place during July and August 2021, with the competition proper running from September 2021 through to the final in May 2022.

Who Qualifies for the Europa Conference League?

England will have one representative in the Europa Conference League: Carabao Cup winner of the previous season.

The team who wins the EFL Cup will qualify for the following year’s UECL, entering at the play-off phase, the round before the group stages.

But should that team qualify for Europe through their final position in the Premier League – as has been the case every since 2013 – then the team who finishes sixth in the top-flight (or seventh if a top-six team also wins the FA Cup) will represent England in the UECL play-offs.

Europa Conference League – Qualifiers From the Rest of Europe

In total, 184 teams from all 55 UEFA members will enter the Europa Conference League. England are one of six countries to be represented by a single club in the UECL, along with Spain, Germany, Italy, France and Liechtenstein.

Teams knocked out of the Europa League as far as the group stages will also join the competition, but below, you’ll find how many teams from each country will directly qualify straight into the UECL, and the primary route by which they will enter the tournament:

There are three qualifying rounds and a play-off round before eventually reaching the group stages. This phase will be contested by 32 teams (eight groups of four), broken down as follows:

The eight group winners automatically qualify for the round of 16, with a preliminary knockout round stage first played between the eight runners-up and the eight teams who finished third in the Europa League groups.

Then comes the quarter-finals, semi-finals and finally the final, scheduled for May.

Like the Europa League, matches will typically take place on Thursdays, though may also be held on Tuesdays or Wednesdays in exceptional circumstances. So, if you’re looking to avoid that endless Thursday-Sunday treadmill in the Europa Conference League, English teams should think again.

As well as the introduction of the Europa Conference League, the number of teams in the Europa League group stages has been cut from 48 to 32.

What Does the Europa Conference League Winner Get?

The winners of the UECL qualify for the following season’s Europa League group stages.

Which makes sense, given that the initial name for the UECL was the ‘Europa League 2’. Catchy.

Why Was the UECL Created?

According to UEFA, the new competition will guarantee that at least 34 of its members are represented in the group stages of at least one of the three European competitions.

For context, just 29 per cent of UEFA’s members were represented in the 2019/20 Champions League group stage, with roughly 60 per cent of those from as few as five countries.

“There will be more matches for more clubs, with more associations represented in the group stages.”

The more widespread representation of Europe in European competition certainly feels advantageous; whether or not it will be low on quality is another matter, of course.

Indeed some fear that the Europa Conference League will, in fact, tighten the grip of the continent’s elite on the Champions League. If fewer clubs are in the Europa League, which is a pathway to the top table, for instance, the chances of one of the continent’s juggernauts missing out are reduced.

The impact of a loss of revenue from so-called ‘smaller’ nations for having fewer representatives in the Champions League or Europa League could also prove a Meanwhile, the new three-tier system has led to some to believe that a long-mooted European Super League may one day adopt a similar format.