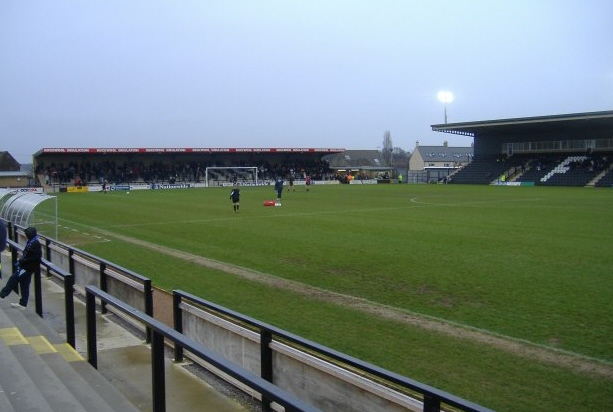 When Dale Vince was appointed as chairman of Forest Green Rovers in late 2010, one of his first acts was hardly the most orthodox.

Vince, a green energy tycoon and owner of electricity company Ecotricity, wasted little time in making his mark on the club’s menu, banning the players from eating red meat and the sale of all meat products at the New Lawn, the club ground.

Since then, Vince’s crusade to make the Gloucestershire club as green as possible has gone from strength to strength, with food options, pitch maintenance and electricity sources all following the eco-friendly route.

Banning red meat was just the beginning. In 2015, Forest Green removed all dairy and meat products from their menu, with the aims to improve player performance and offer fans healthier, tastier menu options on matchdays.

In their place came a whole host of greener alternatives, including fresh ‘veggie burgers’, vegan fajitas, and a variety of other vegan dishes sourced within the region, including vegan pizzas, fajitas, salads, and sweet potato fries.

The club also serve the ‘Q-Pie’, a vegan pie made of Quorn ingredients, while even the beer and cider is vegan.

Having received the official Vegan Trademark from the Vegan Society in May 2017, shortly after winning promotion from the National League to League Two.

Their environmentally-friendly approach has also seen them win Menu of the Year award from the Sport and Leisure Catering Magazine, and they were commended at the British Pie Awards for their efforts.

How Has Their Menu Been Received?

Generally, the new food at Forest Green has gone down pretty well, with Vince telling the Telegraph last November: “A lot of Forest Green fans have changed the way they eat, have gone vegan or vegetarian, have cut out dairy, just through coming to the club.”

Although, perhaps it would be unfair to say it has been to everyone’s taste, with several Forest Green players snapped outside Greggs in 2016.

Meanwhile, Carlisle United chairman Andrew Jenkins (also chairman of Pioneer Foodservice) admitted he could not stomach trying their food during his team’s 1-0 win at the New Lawn in December 2017.

He said: “Obviously I am from a family originating in the meat trade.

“Each to their own, and although I never eat much on a match day, I couldn’t pull myself together to sample the food on offer.

“I don’t really want to be sarcastic, but what would happen if, when vegetarians came to our club, all we could offer was an all-meat menu?”

What Other Measures Are Forest Green Taking?

Healthy vegan menus are far from the extent of Forest Green’s eco-friendliness.

Described by FIFA as the greenest club in the world in May 2017, they became the first UN certified carbon-neutral football club in July 2018. They are powered completely by 100 per cent green energy from Ecotricity, some of which is generated themselves through the solar panels on the stadium roof and the solar tracker at the ground entrance.

Meanwhile, their pitch is entirely organic, free of pesticides and herbicides, and its grass is cut by a GPS-directed electric lawnmower, which itself is also powered by solar energy.

Not only that, but the rainwater beneath the pitch is collected to use for pitch irrigation, so as to not resort to using water from the mains. Electric vehicles are also offered as travel for fans to all games, with charging points even provided from the Electric Highway.

It has not compromised the success of the team on the pitch, either; following their promotion to the Football League for the first time two years ago, the ‘little club on the hill’ have established themselves in League Two, and reached this season’s play-off semi-finals.

What’s more, planning application for a new stadium, to be named ‘Eco Park’, was recommended for approval earlier this week, for what will be the ‘greenest football stadium in the world’.

Made almost entirely from wood, the ground will be situated in parkland, where 500 trees and 1.8 km of new hedgerows are to be planted.

Whether more English clubs follow their lead remains to be seen, but the Gloucestershire club are certainly leading the way by putting the ‘green’ in Forest Green.