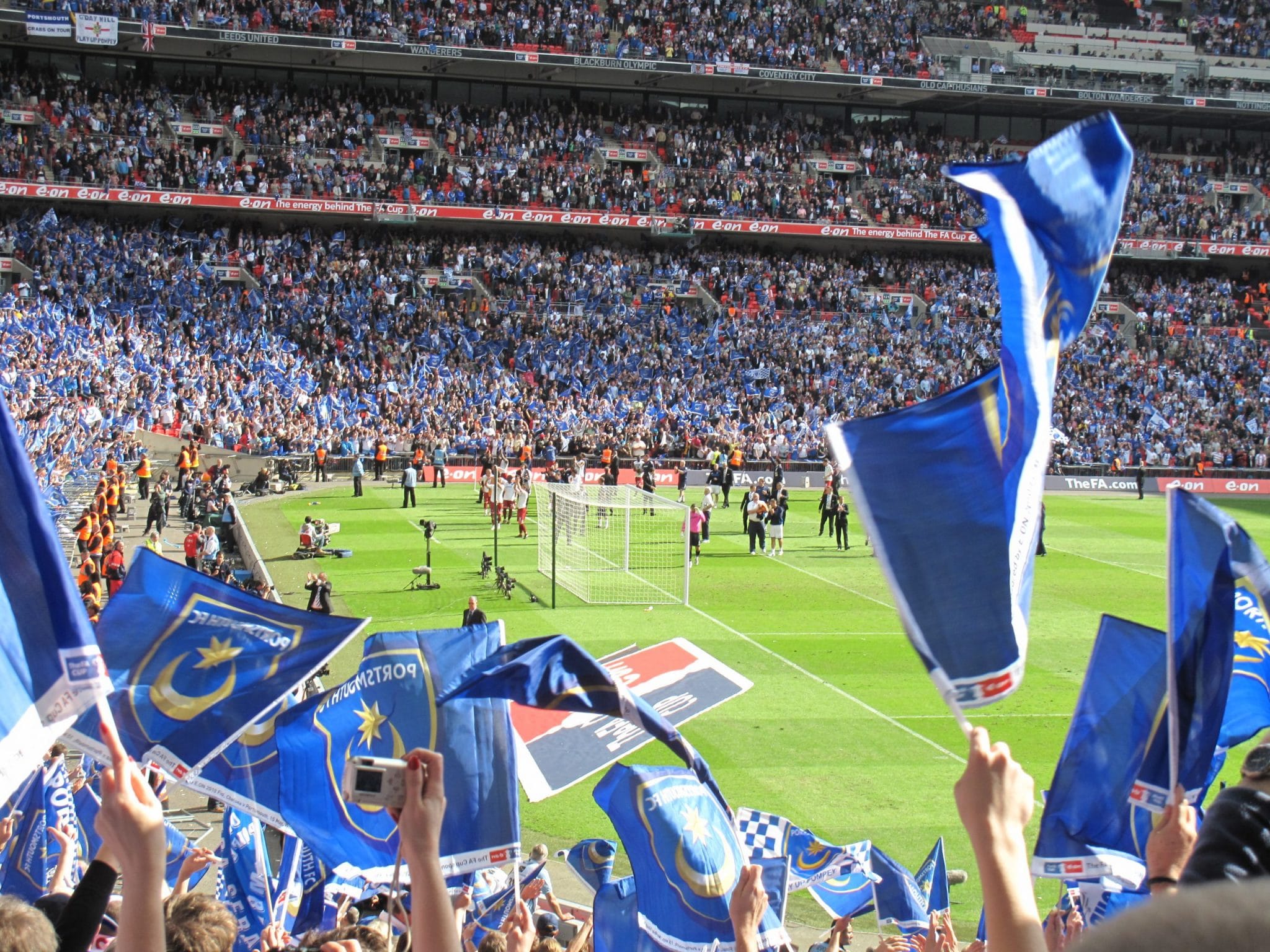 They came back from the brink of extinction after multiple financial crises in the early 2010s. Arguably their most famous supporter is covered in club tattoos, has their initials engraved on his teeth and changed his name by deed poll to include the club’s full title in it. They’ve also won two FA Cups and one EFL Trophy in their time.

We’re talking, of course, about Portsmouth Football Club, for many years a hotbed of Premier League football on the South Coast; the top-flight Riviera, if you like.

Times have changed since those heady days of welcoming AC Milan to Fratton Park, or of Kanu sealing their second major trophy under the Wembley arch, but Portsmouth are slowly but surely crawling their way back up from what looked like oblivion, when they plummeted to League Two in 2013.

And while they’re still stuck in the third tier, League One, their enmity with near neighbours Southampton doesn’t burn any less fiercely now that the two sides don’t play each other so often.

What’s the history behind this rivalry, exactly? Where does Southampton fans’ term ‘Skates’ for Portsmouth fans come from, and what do Pompey supporters call Saints lovers in return?

And speaking of Pompey, where does that nickname come from, and what does it mean?

Why are Portsmouth Called ‘Pompey’?

There are a number of theories behind the origins of ‘Pompey’. Let’s take a look at some of them:

What Does ‘Pompey’ Mean?

Aside from now meaning ‘Portsmouth Football Club’, ‘Pompey’ has several other connotations.

For starters, ‘Pompey’ is also known to be northern slang for ‘prison’, and there is a naval prison in Portsmouth. There was also the naval expression ‘to play Pompey’, which essentially meant ‘to wreak havoc’. This may explain the popular Portsmouth chant ‘Play Up Pompey’, too.

Pompey the Great was the affectionate name given the Gnaeus Pompeius Magnus, a Roman general and statesman, who joined Crassus and Caesar in the First Triumvirate, but who was later defeated by Caesar in the Battle of Pharsalus in 48 BC. He then fled to Egypt, where he was assassinated. A certain romanticism among the Navy is also offered as an explanation for why the football club adopted the term ‘Pompey’.

Given Portsmouth is a one-club city (at least in terms of professional clubs), their nearest and least-dearest are Southampton, separated by a distance of almost 20 miles.

But just because they don’t live next door to each other, or because they don’t play each other that often (since 1977, the two sides have only been in the same league for four seasons), don’t be fooled into thinking this so-called ‘Dockyard Derby’ is any less ferocious.

Why are Portsmouth Fans Called ‘Skates’?

Since the 1987-88 season, Portsmouth fans have been known as ‘Skates’ by their South Coast counterparts, after the insult was unofficially chosen from a list compiled by Saints fanzine The Ugly Inside in 1988.

This was, in fact, stolen from the civilian population of Portsmouth, who had used ‘Skate’ as a derogatory term for sailors based in Portsmouth Dockyard and other Royal Navy establishments.

Royal Navy matelots on long voyages were supposedly often denied female company, and would keep skate fish with them to relieve their sexual frustrations. Sailors in Royal Navy uniform trying to attract the attention of Portsmouth’s prostitutes would often be refused and told “I ain’t no skate bait, mate!”

What do Portsmouth Fans Call Southampton?

In return, Pompey fans call Southampton supporters ‘Scum’ or ‘Scummers’‘. Short and not so sweet, the term may relate to the fact that ‘scum’ is another naval term for merchant seamen floating on the water.

Yet this appears highly contentious, given Southampton and Portsmouth have entirely different ports – the former is a merchant port, the latter a naval. There is also no known record of any strike occurring during the mentioned time period.