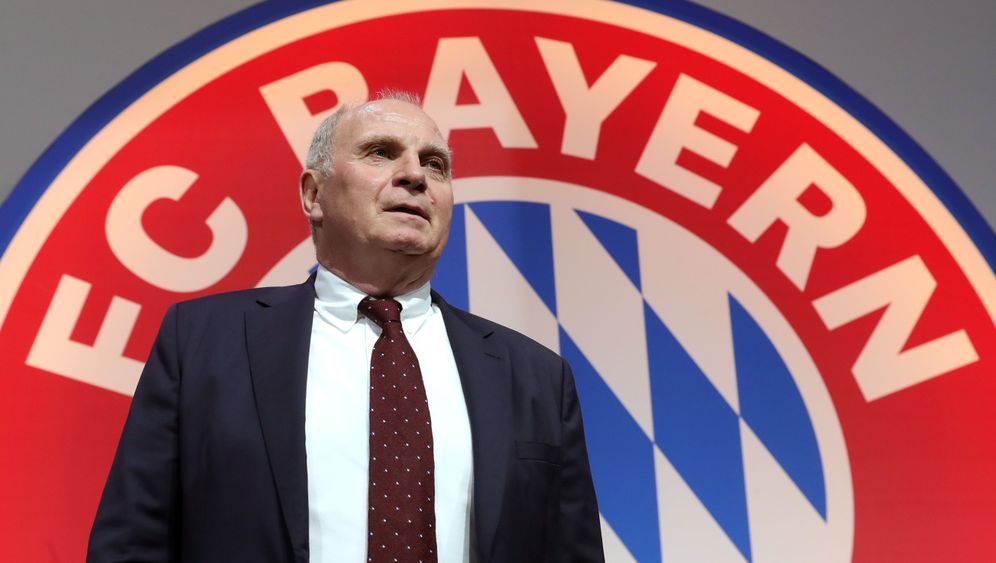 Bayern Munich – Germany’s answer to the football club you love to hate. Other than maybe RB Leizpig, but that’s a story for another time.

You can reel off a number of reasons why this might be the case – they essentially monopolise the Bundesliga, pinching the best from the rest at will (Robert Lewandowski, Manuel Neuer and Oliver Kahn, to name only three). They sack managers after establishing insurmountable leads at the top of the table. And the sheer number of sponsors they are partnered with can make them seem more like a business which just so happens to have its own football team.

But, aside from anything else, they’re really, well… good. By some considerable distance, as we’ll explore below, Bayern are the most successful team in Germany, and if tribalism among football supporters teaches us anything, it’s that jealousy breeds animosity. In their country, at least, they have the most talented players, they win the most games, they have the most financial clout. That’s at lot to be envious about.

Here, we’ll looked at how successful Bayern really are as a football club, the pivotal role played in their history by former player and board member, Uli Hoeneß, and why the revolutionary 50+1 rule in Germany has done little to alleviate their ceaseless procession to glory.

How Dominant are Bayern Munich in Germany?

In a word – extremely. At the time of writing, Bayern have a total of 61 domestic honours to their name, more than 40 more than the second-most successful club in Germany, Borussia Dortmund.

Among those honours includes 28 Bundesligas (including the last seven consecutive league titles) and 19 DFB-Pokal cups (essentially the German equivalent of the FA Cup in England). They’ve also won a treble twice, in 1999-2000 when they won all three domestic trophies, and in 2012-13 when they took the league, cup and Champions League.

And speaking of Europe, we haven’t even got into just how much more they’ve cleaned up across the continent compared to their compatriots. Five of the seven Champions Leagues/European Cups won by German clubs have been claimed by Bayern, who also have one Cup Winners’ Cup, a UEFA Cup, a UEFA Super Cup and three Club World Cups to boot.

In total, they boast an astonishing 72 honours. To put that further into context, Dortmund, in second, have only 21. To call Bayern the outstanding German football club might still be understating things a touch.

To some, Bayern Munich’s interminable rise as one of football’s juggernauts both on and off the pitch can be attributed to one man – Uli Hoeneß.

Hoeneß initially made his name as a fairly prolific forward in the 1970s, netting 115 goals in a club career spanning 348 appearances, all but 12 of which were made with Bayern. He also earned 35 caps for West Germany and was part of Helmut Schön’s 1974 World Cup-winning side.

But after a particularly nasty knee injury, Hoeneß forced to retire at 27. That wasn’t enough for him to cut ties with football, or indeed Bayern, altogether, though – soon after he hung up his boots in May 1979, he was appointed the club’s commercial and general manager.

To some, Hoeneß was a visionary in this role; a man so far ahead of the curve that Bayern would not be the elite giant of the game that they are today without his guidance. Nothing would stand in his way. Not a word of criticism, not a potential Bundesliga competitor, not even a plane crash in 1982, of which Hoeneß was the sole survivor.

And while the main avenue he took in helping Bayern dominate on the pitch was through asset-stripping the rest of the Bundesliga, it would be remiss not to mention that Hoeneß has also acted as benefactor for smaller German clubs in times of poverty. There’s St. Pauli, with whom Bayern organised a charity friendly to help keep afloat, and even Bayern’s closest rivals, Dortmund, who he reportedly saved from bankruptcy via a €2 million loan in 2003.

Hoeneß was also one of the first in the game to tap in the potential of partnering with external markets. Indeed, a quick look on Bayern’s website will tell you that the club currently have no less than 30 commercial partners, including Adidas, Coca-Cola and Google. Another, of course, is Allianz, who sponsor their state-of-the-art stadium that Hoeneß catalysed the building of.

By the time he retired in November 2019, three years after becoming Bayern’s president, Hoeneß’s legacy was clear. When he began working for them in 1 May 1979, they had twelve employees, 12 million Deutschmark’s in revenue, and 8 million marks of debt. In November 2018, Bayern boasted more than 1,000 employees and their revenue had risen to €657.4 million.

Though, there are some who argue Hoeneß isn’t much of a game-changer at all. For one thing, Bayern are based in Bavaria, one of the richest regions in Germany with the second-biggest economy among the German states by GDP (in 2011, it spent roughly €3.5 billion on supporting poorer regions, for instance). That alone meant it was hardly a standing start for him when he first took the job. That they had been receiving money and equipment from Adi Dassler, founder of Adidas, since the 1950s, only backs up this view further.

Bayern were also supposedly given a helping hand through the governing party of Bavaria, the Christian Social Union in Bavaria (CSU). During the late 1960s and early 1970s, it is believed that, while Bayern still had a genuinely great team, they were not rich enough to retain the services of star men like Franz Beckenbauer and Gerd Müller. So to help what they deemed ‘their team’, Bayern received enormous tax reductions and financial advice from the Bavarian minister of finance.

And while Bayern may have been far from an isolated case of such underhand tactics, it still supports any arguments that Hoeneß hardly built them from the bottom up himself.

Hoeneß’s image also took a rather hefty dent when he admitted to evading €28.5 million of taxes, before subsequently being sentenced to three-and-a-half years prison in March 2014. He served almost two years of this before being released in February 2016.

For those unaware of what the 50 + 1 rule is or need a reminder, it has prevented clubs in the top two tiers of German football from having external investors as majority shareholders since its introduction in 1998.

As a results, clubs and supporters hold a majority of their own voting rights, enabling them to enjoy greater financial muscle without damaging their futures.

Yet this doesn’t really even up the playing field, because the simple fact is that the Bundesliga’s also-rans would need greater investment from elsewhere even to just hope to keep pace with Bayern. Lack of resources in some cases has led to an inevitable lack of quality.

Essentially, then, the Bundesliga feels set up to announce Bayern as its champions every year. They are the richest club with the best players, and the 50 + 1 rule does little to solve what feels more like an existential crisis for the league year after year.