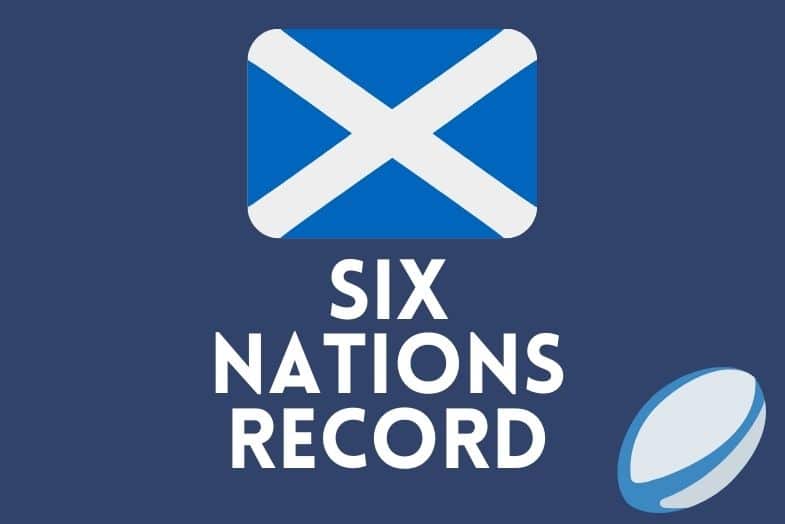 Rugby union is one of Scotland’s national sports, with an estimated 33,000 male and female players registered with Scottish Rugby Union, the game’s governing body in Scotland.

Its popularity is particularly strong in the Scottish borders area in the south of the country, where the towns of Hawick, Galashiels, Jedburgh and Selkirk have produced many international players.

Whilst attendances at club matches in Scotland are fairly poor, the national team draws huge crowds to Murrayfield, which has a capacity of 67,000, for Six Nations matches.

So how successful is the Scottish national side? And have they ever won the aforementioned Six Nations, the most high-profile rugby union tournament in the northern hemisphere?

Has Scotland Ever Won the Six Nations?

The Six Nations – contested since 2000 by Scotland, England, Wales, Ireland, France and perennial underachievers Italy – has never been won by Scotland. It has now been played 23 times, and only Scotland and Italy have failed to win the trophy at least once.

England have been Six Nations champions seven times, Wales and France six times and Ireland four times. Of those wins, England have won two grand slams – which means they have won each of their five matches – France and Wales have won four and Ireland two.

Did Scotland Win the Five Nations?

The team won the tournament outright in 1925, 1929, 1984, 1990 and in 1999, the final incarnation of the Five Nations before Italy were admitted and it became the Six Nations championship.

Has Scotland Ever Won a Grand Slam?

Of Scotland’s five outright wins of the Five Nations championship, three of them were grand slams, meaning they won each of their four matches against England, France, Wales and Ireland to end the tournament undefeated. They achieved these grand slams in 1925, 1984 and 1990.

However, these successes are outweighed by failures, as Scotland took the unwanted wooden spoon by finishing bottom of the Five Nations table on 15 occasions, and in the Six Nations four times in 2004, 2007, 2012 and 2015.