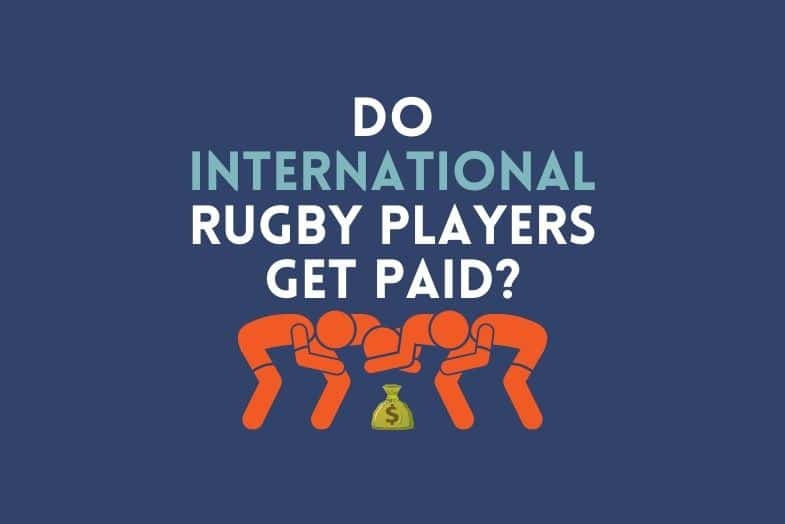 In a world where sports professionals and high salaries run parallel, Rugby Union and Rugby League have made significant leaps in the amount their players earn financially.

The average professional rugby player earns £50,000 per year, with many of the sport’s top stars receiving contracts in the region of £600k-£700k from their domestic clubs.

But do rugby players get paid on the international stage? And is there a difference between payments for Rugby Union and Rugby League?

Join us as we go through the wage structures for some of the top international rugby squads and their athletes.

Do Rugby Players Get Paid for Playing for their Country?

International rugby players can receive a significant payout from their contribution to the squad, as Rugby Union international teams compensate players with performance-related bonuses and fixed match fees.

A fixed match fee is a sum of money paid to the players individually who represent their country in a match. Players can earn different amounts depending on who their opponent is due to the importance of the fixture.

Whilst a substantial amount of top rugby players’ salaries are generated through professional contracts from their respective clubs, international Union and League players can receive payments starting from a minimum of £5,000-£7,000 depending on the national side.

This is similar to international players in football, whereby players are paid an appearance fee, while injured players are covered by an insurance policy through FIFA.

How Much do International Rugby Union Players Get Paid?

Rugby Union players can earn from £3,000-£15,000 per match during the Six Nations as well as receive various bonuses depending on the squad’s performance in the competition.

The total prize fund for the Six Nations increased to over £16 million with the winners of the tournament receiving an additional prize of £5 million.

An extra £1 million bonus is available for the winners if they can complete the ‘Grand Slam’ (when one team beats all the other teams during one year’s competition).

Despite the two sports having several similarities, Rugby Union players are paid substantially higher on the international stage compared to their league counterparts.

Whilst Rugby Union players from some of the top sides can earn up to £15,000 per match, Rugby League players can earn contracts for international tours and tournaments around the £45,000-£60,000 figure.

In Rugby Union, each England player can earn around £75,000 for the Six Nations, regardless of their playing time in the 28-man squad.

This is a result of the equal pay structure created by a player committee in March 2021, replacing the former structure in which only players in the 23-man playing squad would receive a £17,000 full match fee.

Despite this difference on the international stage, the highest-earning players in Rugby League and Union receive very similar salaries. Rugby Union’s New Zealand fullback Charles Piutau and South African fly-half Handre Pollard both receive salaries in the region of £1 million per year.

Rugby League’s highest earner is Jonathan Thurston, who is regarded as one of the world’s best RFL players, also receives a salary in the region of £1 million.