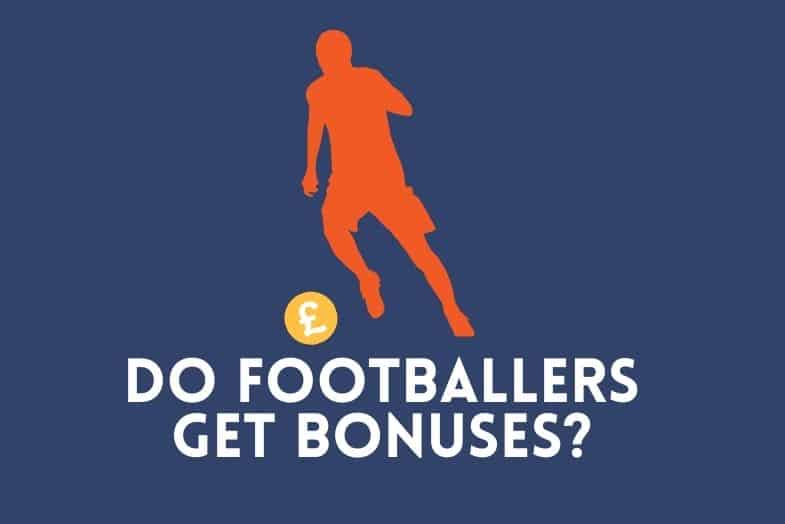 From the average man’s perspective, footballers earn ridiculous amounts of money just to kick a ball.

For the vast majority of us, these figures should absolutely be more than enough to open the player’s appetite and light a fire within that urges him to leave it all on the pitch. After all, a man who earns six figures per week shouldn’t need additional motivations to do his job, theoretically speaking.

Only that he does.

For a footballer (and his shrewd agent), a lucrative base wage is never enough. No, a player still needs some incentives that encourage him to enhance his performance further.

And that is why a top player’s contract will always include several bonus clauses that he can unlock throughout the season.

So what sort of bonuses do footballers get? Is is related to wins and goals? And what about loyalty bonus?

Let’s take a closer look at the bonus clauses inserted in the humble contracts of some of our favorite players.

What Bonuses Do Footballers Get?

The main bonuses that the clubs hand to their players are based on appearances, goals (for attacking players), clean sheets (for goalkeepers and defenders) as well as bonuses related to loyalty. And let’s not forget about those related to other achievements, for example, winning a certain competition.

We’ll get to goals and loyalty bonuses in other sections, but let’s talk a bit about the appearance bonus.

According to Richard Berry’s article in Law in Sport, bonuses related to appearances are very common in football.

Every club usually sets a fixed bonus amount for every match in which a player appears. This type of bonus can vary based on the player’s status within the team.

For instance, a youth team player could be rewarded just for making the first team’s squad list, even if he doesn’t set a foot on the pitch during the 90 minutes.

On another hand, a regular first team player will be expected to do a little more than that to earn himself some extra money. This bonus also differs between starting a match and making a late second half cameo, with the first obviously being more rewarding.

Alvaro Morata’s time at Chelsea was a disappointing one, but he managed to activate an bonus worth £830,000 for starting half of the team’s matches during the 2017/18 season.

Do Footballers Get a Win Bonus?

It is common for clubs to offer players a bonus in the aftermath of every win. Sometimes the reward could be related to the number of points gained following every league match. For instance, a draw (1 point) can see the player earning a certain bonus, while a victory (3 points) would in fact triple the amount.

But as explained by Richard Berry, this bonus is also related to appearances, meaning that the players who actually participate in the match or at least act as a part of the matchday squad get rewarded.

However, the most lucrative win bonuses are the ones related to great achievements rather winning a single match. And the bigger the competition, the bigger the reward.

According to Football London, Chelsea players shared an amount of 10 million pounds after beating Manchester City in the final of 2020/21 Champions League.

We should also note that club football isn’t the lone source of win bonuses, as international football could also provide the athletes with decent rewards at times.

As reported by the Daily Mail, England players would have been handsomely rewarded for winning the Euro 2020. The English FA were willing to offer 12 million pounds to be shared amongst the members of the Three Lions squad.

Unfortunately for them, they were close but not close enough. Nevertheless, they surely didn’t go back to their clubs empty-handed following their appearance at the grand finale held at Wembley.

Do Footballers Get a Bonus for Scoring?

When it comes to forwards or attacking midfielders who have a knack for scoring, they mostly insert a bonus related to goals within their contracts.

The amount of this bonus varies based on the player’s level, fame and general state, but it also differs from one contract to another.

These clauses often reward the player every time he scores a goal, but it can be a progressive bonus that becomes larger and larger after reaching a certain number of strikes.

To elaborate more on how goal bonuses work, we’ll look at some examples from football’s richest domestic league.

How Much is a Goal Bonus in the Premier League?

As we mentioned above, bonuses vary based on the player’s status, but when we mention the biggest stars in the sport, the figures could be astonishing.

As reported by BeSoccer, Football Leaks has revealed some of the exact figures earned by top Premier League strikers in the last few years.

For instance, Alexis Sanchez become one of the biggest earners in the world following his move to Manchester United in 2017, but on top of his £20.35m yearly salary, the forward earned £75,000 per appearance, and would have been rewarded with £2m had he hit 40 goals and assists during the season.

Now as we know, the Chilean became an extremely expensive flop during his time at Old Trafford, but he could have collected 25 millions per season had he fulfilled his bonus clauses.

This means that the more goals he scores, the more he gets rewarded for each strike. This makes the Brazilian’s selfless approach to the game sounds even more impressive. Mo Salah and Sadio Mané surely owe him a dinner or two.

As for the ‘god amongst men’, here’s how much Zlatan Ibrahimovic earned for every goal he scored during his time at Man United as reported by NBC.

What is a Loyalty Bonus in Football?

A loyalty bonus is an amount of money that a player usually collects at the end of his contract. Consider it as an additional incentive for the player to remain at the club rather than seeking a move elsewhere.

However, this bonus doesn’t necessarily become due at the end of the contract, but it could be split between several dates.

According to Tribuna, Lionel Messi’s last contract with Barcelona included a loyalty bonus worth 80 million euros split into two parts, with the Argentine receiving 39 millions upon the end of the deal which expired in June 2021.

While this sounds like an astronomical figure, the source explains how other players also received a loyalty bonus, even when their merit was in question.

For example, Alexis Sanchez reportedly received 1.1 million from Manchester United as a loyalty bonus despite spending the season on loan at Inter.

His former Arsenal teammate Mesut Ozil earned 8 million from the Gunners’ coffers at a time when he was frozen out of the squad.

These bonuses surely help a footballer to fund a memorable wild evening of drinking and partying.