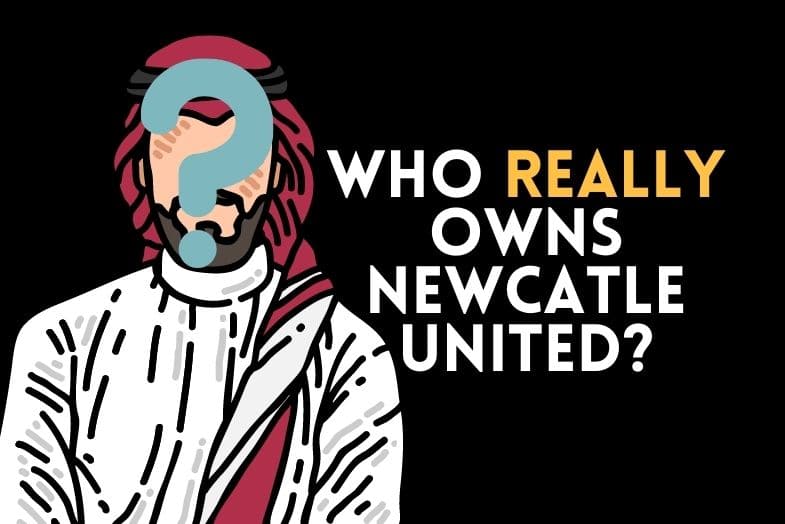 Today in the world’s biggest sports leagues, who owns a club is more important than ever. An ownership group with deep pockets and a will to win can attract the biggest stars and fill up trophy cabinets.

It’s already happened at places like Chelsea, Manchester City and PSG, where wealthy owners have changed the world standing of their respective clubs. Now that Newcastle is possibly the richest club in the world, will they follow suit? Are Newcastle United even are a big club?

And will the new owners of Newcastle United take The Toon to the stratosphere of elite football?

The majority-owners of Newcastle United are the Public Investment Fund, a sovereign wealth fund of Saudi Arabia. The Saudi group holds an 80 per cent stake in the club. RB Sports & Media and PCP Capital Partners each own 10 per cent of Newcastle.

The Public Investment Fund (PIF) was created in 1971 to invest funds on behalf of the Saudi Arabian government. In 2020, the group formed a consortium in an effort to buy Newcastle United. The acquisition of the club was hotly contested in the UK but eventually became successful in October of 2021.

Previous to the Saudi-led consortium, Mike Ashley, of Fraser Group PLC (formerly Sports Direct), had owned the club since 2007.

How Much Are Newcastle’s Owners Worth?

The ownership group of Newcastle is led by the Public Investment Fund, a sovereign wealth fund of Saudi Arabia. The wealth fund is reported to have assets worth an estimated 500 billion USD or 320 billion GBP.

Are Newcastle the Richest Club in the World?

In the Premier League, the second richest club is Manchester City. City’s owner, Sheik Mansour, is estimated to be worth around 21 billion pounds. This means Newcastle are over 15 times wealthier than any other club in England!

Who Could Newcastle Buy?

The Saudi wealth fund that owns Newcastle is worth £320 billion. This means they have the finances to pay any transfer fee or salary that is required. However, it is not that simple. Because of Financial Fair Play, Newcastle must make more than they spend over a rolling three-year period.

UEFA created the Financial Fair Play Regulations (FFP) to prevent clubs from spending more than they make. While this can help to promote parity in European football leagues, its main purpose is to protect clubs from going into administration.

In England, the Premier League also has its own but less restrictive FFP rules. The Premier League FFP states that a club cannot make a loss in excess of £105 million in a rolling three-year period.

Teams who violate the FFP can be fined huge amounts of money and ultimately sanctioned. Sanctions include withholding prize money, transfer bans, points deductions, and bans from all European competitions.

Newcastle has the richest owners of any club in the world. With deep pockets, the club can make a run at getting the biggest stars and joining the elite. However, Newcastle’s owners will need to find ways to better monetize the club and satisfy FFP regulations.

Winning some matches and competitions will be a good start towards growing the Newcastle United brand.