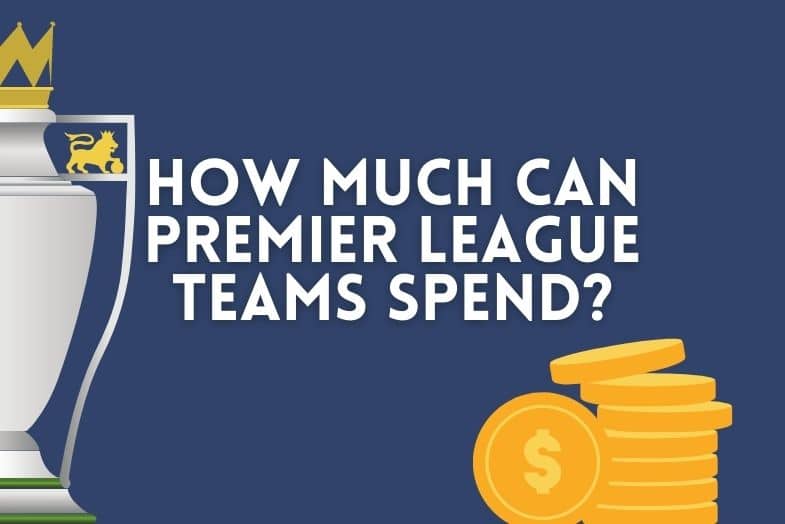 Whether we like it or not, we must admit that the English Premier League is easily the strongest domestic league in world football.

Prior to the Covid-19 pandemic, Serie A was attempting to pull off a mini-revival (with world class players like Cristiano Ronaldo and Romelu Lukaku amongst its ranks) while La Liga continued to rely on the appeal of the two El Classico giants. Nonetheless, the pandemic left the vast majority of clubs in Italy and Spain in a dire financial state.

On the other hand, Paris Saint Germain and Bayern Munich might be European superpowers both on and off the field, but as they say, it takes two to tango, which explains why the German Bundesliga and the French Ligue 1 won’t be able to compete with the appeal of the EPL anytime soon.

Thanks to a solid financial system and a fair distribution of the shares, the majority of the Premier League sides managed to conduct their business as usual in the summer of 2021 despite having to play behind closed doors for over a year. The English sides splashed cash left and right, while their European counterparts (not named PSG) could only watch from afar.

But how much can Premier League clubs truly spend? Are there any rules that set the limits? And what would be the consequences of breaking such rules?

Does the Premier League Have Financial Fair Play Rules?

Whether the lenient nature of the EPL’s financial rules is intentional or not could be a matter of debate. Perhaps the English FA isn’t too adamant on limiting the economical margins of EPL clubs, instead, the governing authority would be far more content watching the clubs attract the biggest stars to English shores.

Therefore, we’re yet to see a Premier League side truly struggling to meet the financial requirements set by the league. In contrast, other European federations are adopting much stricter regulations, with La Liga’s Salary Cap rules being a prime example, as it famously resulted in Lionel Messi’s shocking exit from Barcelona in 2021.

It should be noted that lower divisions in England adopted a Salary Cap rule, but in February 2021, both League One and League Two (effectively the third and fourth tiers in English football) abandoned this rule following the Covid-19 pandemic.

According the Premier League’s official website, the league’s financial rules state that clubs must pay transfer fees, salaries and tax bills on time. They must also submit accounts annually, and disclose payments made to agents.

Moreover, clubs cannot make a loss that exceeds 105 million Pounds across three seasons otherwise, they would face severe punishments (according to the BBC) and even point deduction.

However, if the the loss is in-between £15 and £105 million, then the deficit must be covered by the club’s owners.

These rules appear to be a slight tap on the wrist compared to the ones implemented by UEFA’s Financial Fair Play, where the clubs would face far stricter punishments (as we’ll see below) for even smaller economical losses.

According to UEFA’s official website, the clubs can only spend 5 million Euros more than what they earned during an assessment period of three years. However, the limit can reach €30 million if it’s completely covered by club owners or third parties during the assessment period of 2015/16, 2016/17 and 2017/18.

UEFA’s view was to further lower the numbers and prevent the clubs from overspending, but the Covid-19 pandemic delayed these proceedings, with the European governing body taking a lighter stance, allowing the clubs to recover from the severe financial consequences of the worldwide virus.

How Much Can Premier League Teams Spend?

In the absence of Salary Cap rules, Premier League clubs are free to spend as much as they like, as long as they don’t cross the red lines set by the English FA’s financial rules, and more importantly, UEFA’s Financial Fair Play.

While all financial limitations implemented in the sport are mainly intended to force the clubs to break even (AKA spend as much as they earn), reaching a perfect balance might be an almost impossible task from an economical point of view.

Therefore, clubs will continue to push the envelope as much as they can in their attempt to enhance the level of their squads, which should theoretically put them in better positions in the table, subsequently earning bigger financial rewards.

However, it should also be noted that the spending limit mentioned is only related to transfer fees, players and staff wages, and other similar expenditures.

However, other expenses that a related to investment in stadiums, training facilities, youth development and women’s football are exempt from the financial limits according to UEFA, as the clubs are encouraged to invest in these departments, rather than splashing their money on astronomical salaries and transfer fees.

As mentioned above, the Premier League’s financial policy states that any club failing to meet the financial requirements set by the league could face severe penalties as well as point deduction.

However, theses punishments are less strict than those adopted by UEFA’s Financial Fair Play rules, who have a much more detailed system in this regard.

The governing body of European football implemented nine types of punishments within its rules, beginning with the leanest all the way to the most severe.

Based on the rules and their practices, it’s safe to say that the Premier League’s Financial Fair Play rules remain a shy figure, as the English FA doesn’t intend on shaking the landscape that allowed the league to evolve into the biggest juggernaut in European football, even if some of the EPL clubs found themselves in delicate financial situations.

So for the top EPL clubs, the domestic financial regulations are the least of their concerns, but their true bogeyman remains UEFA’s FFP rules which had threatened to exempt some of them from the Champions League in the past, with Manchester City being the most famous example.