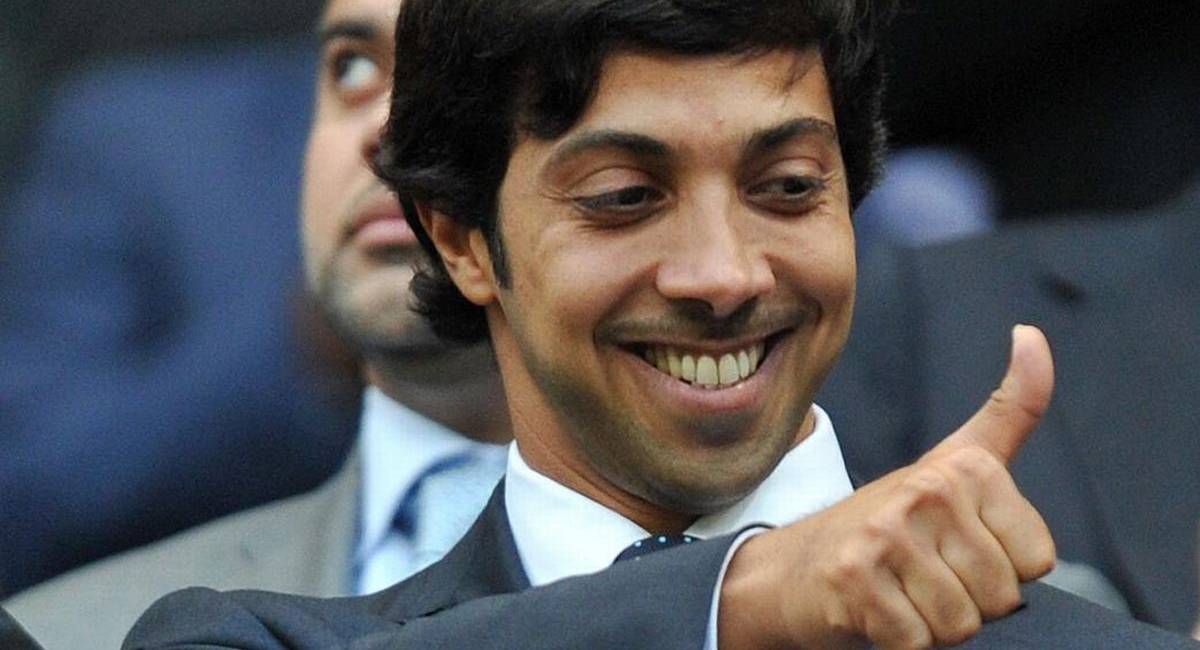 There are two things everyone knows about Manchester City: they can’t win Champions League quarter-finals, and they’re obscenely rich.

But just how much have Manchester City spent since Abu Dhabi United Group took them over in September 2008? We know that spending a bucketload helped end a 44-year league title drought and a 35-year wait for a trophy of any sort, and has propelled the club into (almost) a European powerhouse, but what about off the pitch, too?

Below, we’ll take a more in-depth look at Sheikh Mansour’s expenses while at Man City, Financial Fair Play (FFP) battles, how much the club is worth today, and what the long-term strategy at the Etihad Stadium may be:

How Much Did Abu Dhabi United Group Pay To Buy Man City?

Yet again, change was in the air at Manchester City in the summer of 2008. Sven-Goran Eriksson, fresh from a post-Christmas freefall culminating in a final-day 8-1 thrashing at Middlesbrough, was sacked as manager after just one season and replaced by Mark Hughes. But the Swede would not be the only man to last a single campaign at the club.

The controversial Thailand prime minister Thaksin ‘Frank’ Shinawatra had bought the club in June 2007 for £81.6 million, but by the start of 2008-09 was desperate to sell. Enter Abu Dhabi United Group.

The private equity company, owned by Sheikh Mansour, a member of the Abu Dhabi royal family, bought City from Shinawatra on September 1, 2008 for a fairly modest (in today’s market, at least) £210 million. On the same day, they smashed the club’s transfer record to sign Robinho from Real Madrid for £32.5 million.

Since 2014, the club has been owned by the holding company City Football Group, an umbrella organisation set up by Abu Dhabi United Group with stakes in teams in Australia, Japan, America, Uruguay, Spain and India, as well as City itself, of course.

Let’s have a look at Man City’s net spend on players for each campaign since 2009-10, Abu Dhabi United Group’s first full term at the helm (figures per Transfermarkt):

In total, then, from 2008 to 2020, Man City’s combined net spend racks up at an astonishing -£1.1 billion. Following the recent arrivals of Nathan Ake and Ferran Torres, the club have signed 282 players since their 2008 takeover, to the cost of roughly £1.7 billion. (Man City net spend under Pep Guardiola = -£505.7 million)

Still, it’s bought them untold levels of success, but there has been major fork in the road in that time for Man City – FFP. First taking effect from 2014-15, City have been hamstrung by these new rules on two occasions.

Firstly, they were slapped with a £49 million fine – £32 million of which was suspended – and a reduction in the size of their 2014-15 Champions League squad from 25 to 21, as well as a capping of their wage bill at its level at the time in May 2014 for recording a £151 million loss, thus breaching FFP regulations.

Then, another breach of FFP came to light in 2019, which saw City faced with a €30 million fine and a two-year ban from European competition. The fine was reduced to €10 million and the ban overturned in July 2020.

City’s owners’ involvement has not started and ended with buying players, though. And nor should it have, at least when Sheikh Mansour has an estimated individual net worth of £17 billion, anyway.

For starters, £200 million was spent on City’s state-of-the-art Etihad Campus in 2014, which has since been home to the City Football Academy, as well as first team pitches, shops and offices, a sixth form college and a plethora of other facilities.

A 21,000-capacity stadium exclusively reserved for concerts, NBA matches and UFC fights next to the Etihad, which will reportedly cost in the region of £300 million, is also said to be in the works.

Indeed, in September 2018, City’s accounts stated that Sheikh Mansour has put more than £1.3 billion into the club; only Chelsea’s owner, Roman Abramovich, comes close to matching that sum in England.

Despite their exorbitant outlay in the transfer market and beyond , City have become a healthy, sustainable club which still makes more money than it spends.

In their most recent annual report, published in November 2019, the club revealed that, in the 2018-19 campaign, a profit was recorded for the fifth successive year, this time of £10.1 million. An encouraging wage/revenue ratio (i.e. how much of this income is then spent on wages) of 59 per cent was also reported.

On top of this, thanks in part to a staggering six trophies between the men’s and women’s teams and a 20 per cent upturn in revenue from broadcast fees, the club posted record revenues of £535.2 million, exceeding the £500 million mark for the second consecutive year.

It has not always been plain sailing, though. In 2009-10, Abu Dhabi United Group’s first full season, they recorded a pre-tax loss of £121 million, while their player amortisation charge (the cost of signings added together and split up over the length of the contract) had shot up from £6 million just three years ago to £71 million.

A year later, City’s wage bill stood at £174 million, a remarkable increase from £54 million in 2007-08, while revenues recorded in 2010-11 reached only £153 million. Even that pales into comparison that to the most recent figures – and perhaps goes some way to explaining why, in 2011, City announced football’s greatest loss of £197 million.

It has been some change in fortunes since even then, let alone before Sheikh Mansour and co. arrived in 2008.

What Are Man City Worth Today?

The club ranked 34th on Forbes’ list of the world’s most valuable sports teams in July 2020, where it was estimated City are currently worth £2 billion.

It is a stunning business model to still make a profit despite such a lavish spending spree on and off the field, and will surely feel aeons away from the eras of Tony Adcock, 8,000 home crowds against Swindon and 8-1 drubbings on Teeside.

Evidently, the gravy train isn’t slowing down yet. There’s the aforementioned new stadium in the pipeline, a £650 million decade-long kit deal with Puma and more new faces doubtless walking through the door this summer.

With the commercial juggernaut of City Football Group and the financial muscle of Sheikh Mansour behind them, world domination doesn’t seem too tall an order for a club who only 14 years ago scored just ten home goals in an entire Premier League season.

One thought on “How Much Have Man City Spent Since 2008?”