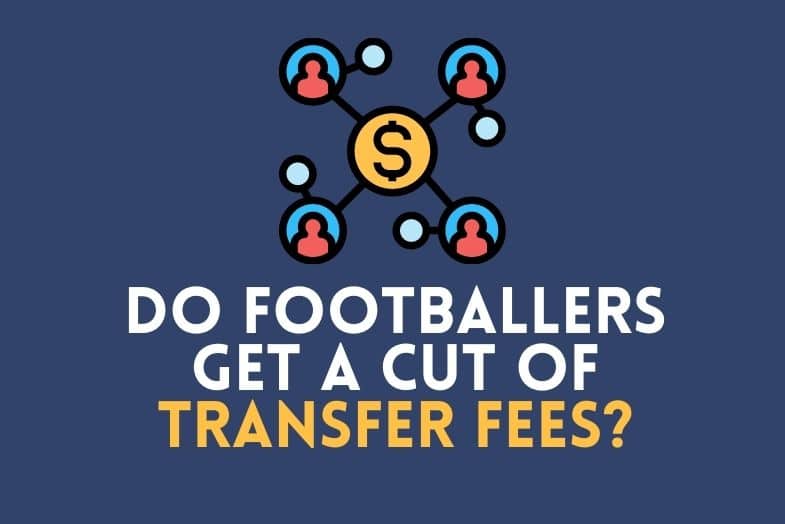 When the record for a player transfer was broken in 2017 after Paris Saint-Germain purchased Neymar from Barcelona for €222 million, football fans across the world were curious as to what would happen with all that money.

Alongside a hefty transfer sum, the Brazillian received a contract worth €36.8 million per year, making him the highest-paid player at one of the world’s richest clubs.

Despite the incredible wages Neymar received, the forward did not receive any of the transfer fee from his mega-money move.

So do any professional players receive a percentage of these significant transfer fees? And who makes the most money from transfers in professional football?

Join us as we go through the payments behind a transfer fee and how clubs divide the finances with players.

Who Makes Money from a Football Transfer?

When a player transfer takes place, the transfer fee is sent directly to the selling club as compensation for losing the player and the services.

In the UK, five percent of the transfer fee is paid to the English Football League whilst other fees are payable to the player depending on the contract and negotiations. These additional fees will be agreed upon before the deal is completed by the player, their representatives, and the clubs involved.

Although it may seem unfair that the player does not receive any of the fee, increases in wages and contract lengths in the top European leagues now see players earn an average of £50,000 per year.

What Percentage of a Transfer Fee Goes to a Player?

Officially, a professional player does not receive any percentage of a transfer fee as the sum is sent to the selling club. Players can receive a signing-on fee which is agreed between the player and both clubs.

The majority of a transfer fee is paid to the selling club as compensation for losing the player, however, in some cases there can be additional clauses in a player’s contract.

Some contracts can state a sell-on clause that enables a third party to receive a percentage of the transfer fee. An example of this type of deal could be with former Liverpool midfielder Luis Alberto, who left the Premier League club for Lazio in 2016. The Spanish playmaker joined the Italian club in a deal worth £4.3 million, with Liverpool including a sell-on clause, meaning that if Lazio decide to sell Alberto in the future, Liverpool will receive 30 percent of the transfer fee.

Under the rules of FIFA, five percent of any player transfer fee is to be automatically deducted from the total amount for the specific footballing league.

Do Footballers Get a Cut of the Transfer Fee?

Whether or not a player receives a ‘cut’ of the transfer fee depends on the agreed contract and negotiations between the two clubs and the player. As player wages have increased significantly over the last ten years, it is less likely for players to receive large percentages of the fee.

Generally, the players’ agents are the ones to receive a fee from the transfer due to their role in organising the move and communicating with the two clubs.

The agents are the ones that usually get a percentage from the transfer fee, however, FIFA implemented a ruling that an agent representing the selling club can earn a maximum of ten percent of the transfer fee for a player.