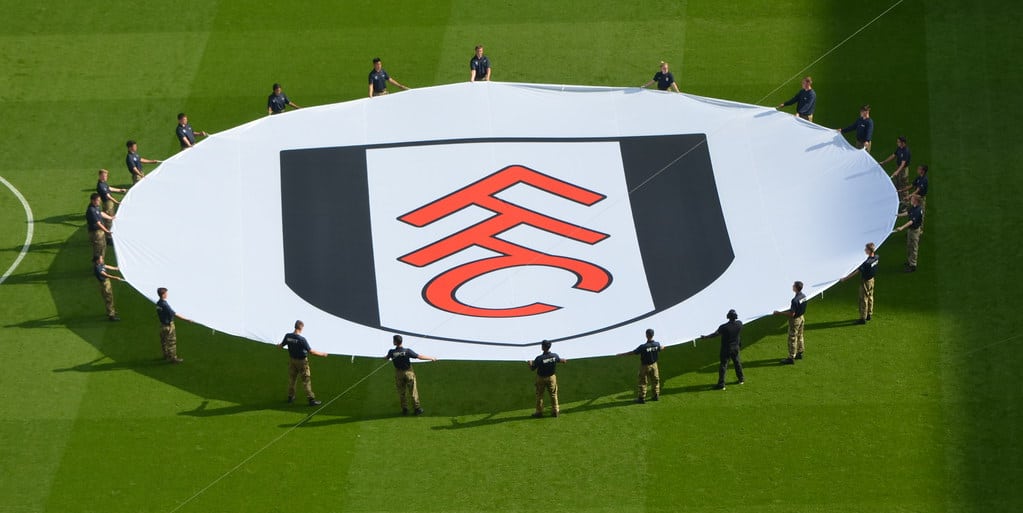 You probably know them as England’s quaintest football club who have a lovely ground overlooking the River Thames, lovely fans and a manager who, er, wears less lovely jackets.

Let’s take a look at where London’s original football club gets its most prominent names from:

What’s in a Name?

‘The Cottagers’ is pretty self-explanatory – Fulham’s home ground is, of course, called ‘Craven Cottage’, so the nickname derives from there.

As for ‘Fulham’ itself, there are numerous theories behind the origin of this word, but the most prominent is that it comes from the Saxon ‘Fullenhame,’ meaning the habitation of birds.

It was apparently so called due to the great number of water-fowl found there, and would have been hard to imagine a better place for such birds before the river was embanked. For some distance, the land from the stream was essentially swamped and, in many places, underwater at every high tide.

And it’s worth mentioning that unlike, say, Everton, who don’t actually play in the Liverpool district of Everton, Fulham Football Club are in fact based in Fulham itself.

Why is Craven Cottage So Called?

Because in 1780, the original ‘Cottage’ was a royal hunting lodge built by William Craven, the sixth Baron Craven.

It was constructed close to where the Johnny Haynes Stand is at Craven Cottage now, in fact, but at the time was surrounded by woods which made up part of Anne Boleyn’s hunting grounds.

Though, it should be noted that this is not the same ‘Cottage’ as Fulham’s current stadium, as it burned down in May 1888.

Is There a Cottage at Craven Cottage?

Of course! Officially known as the ‘Cottage Pavilion’, it is found in one of the four corners of this iconic old ground, and is traditionally used by friends and families of Fulham players to watch matches from its balcony.

It was built in 1905 by esteemed football architect Archibald Leith, nine years after Fulham moved into Craven Cottage. You can see it below:

After moving between eight temporary homes, Fulham finally settled at Craven Cottage in 1896, 17 years after they came into being.

When club representatives first came across the land on which the ground was built in 1894, it was so overgrown that it took two years to be made playable for football. A deal was reached for the ground’s owners to complete the renovation in exchange for a percentage of the gate receipts.

Craven Cottage’s first football match (with gate receipts, anyway) was between Fulham and Minerva in the Middlesex Senior Cup on October 10, 1896. The ground’s first stand was built shortly after. Described as looking like an ‘orange box’, it contained four wooden structures holding about 250 seats each, earning itself the nickname ‘the rabbit hutch’.

Fulham have remained at Craven Cottage ever since, aside from between 2002 and 2004, when they had to relocate to Queens Park Rangers’ Loftus Road while their own ground was brought up to Premier League standards.

Following their promotion to the top-flight under Jean Tigana in 2001, the club were given a year’s grace to convert their ground into an all-seater stadium, but the first game at Craven Cottage as a 22,000-capacity, all-seater arena did not take place until July 2004.

Further refurbishments are currently taking place to Craven Cottage, too, as the club’s Riverside Stand was demolished in 2019 and is in the process of being rebuilt. When completed, the ground’s capacity should rise from 25,700 to 29,600.

Craven Cottage’s record attendance was 49,335 for Fulham v Millwall on October 8, 1938, but it’s seen much more in its time than just Fulham games, or football matches, for that matter.

As well as previously being home to Fulham Women and Fulham RLFC, Craven Cottage has also hosted various international friendlies, a World Cup qualifier between Northern Ireland and Cyprus in 1973, the 2011 Women’s Champions League final, Oxbridge varsity matches in rugby and football, and even the 2016 Saudi Super Cup.

‘That’ statue erected outside Craven Cottage in 2011 of Michael Jackson, the late singer who attended one Fulham game and was friends with ex-chairman Mohamed Al-Fayed, is no more, though. It was moved to the National Football Museum in 2014, where it was on public display until March 2019.

Probably just as well, looking at it: