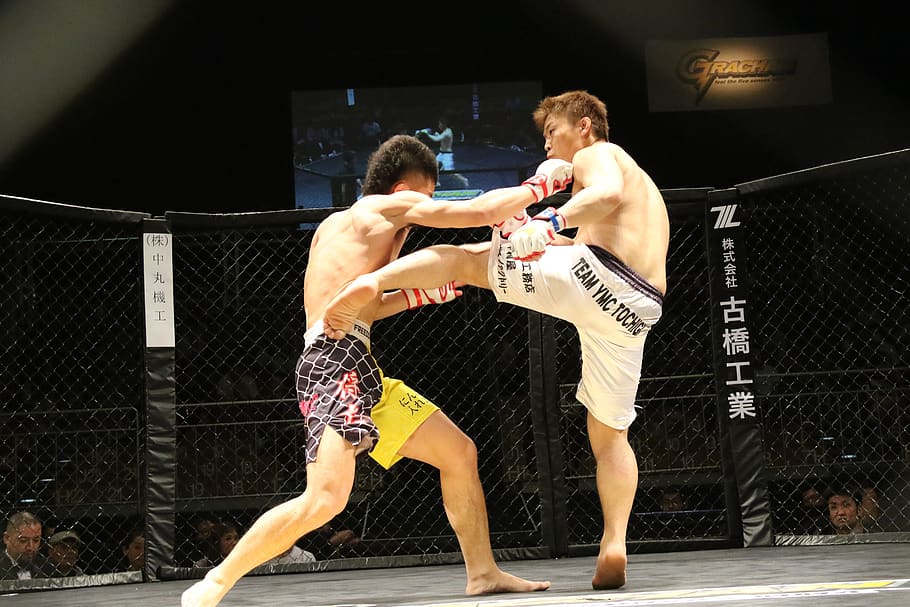 Given its global popularity continues to surge, the way in which the Ultimate Fighting Championship (UFC) works may still be hard to comprehend for newer fans or mixed martial artslaymen.

So, here we’re going to do a run-through of each of the UFC weight divisions, with more of a focus on the weight rules of the division rather than the champions of each.

We’ll also do a little comparison between the current weight classes and the future possibilities for the division in this regard. Let’s go:

How Many Weight Classes in the UFC?

Eight for the male competitors, four for the female fighters. Each weight class has its own champion, who then defends that title once they hold it.

This is unlike in MMA (excluding UFC, of course) and boxing, which have 14 and 17 recognised weight classes respectively.

What are the Different Weight Classes in UFC?

There are nine different UFC weight classes, including eight men’s divisions and four women’s divisions. From lightest to heaviest, they are as follows:

What are the UFC Men’s Weight Classes?

There are currently eight UFC weight classes (in stone, pounds and kilograms) in the men’s division:

The UFC does not yet have five extra weight classes that can be found in other MMA promotions, including: super lightweight, super welterweight, super middleweight, cruiserweight and super heavyweight.

In non-title UFC fights, there is leeway of one pounds between weight classes, but there is no margin of error at all for title bouts.

What are the UFC Women’s Weight Classes?

Why are there fewer weight classes in women’s UFC? Largely due to a smaller disparity in weights, and a pretty reduced scale of competition. However, the women’s division was only created in 2012 and is still growing and developing.

For instance, the highest women’s division, featherweight, was only created in 2017 so that Cris Cyborg could fight in the organisation, before taking the title that July. At time of writing, there are only five female featherweights active in the UFC, too.

Why Are There Weight Classes in UFC?

It’s important to remember that initially, the UFC had no weight classes. With its ‘no rules’ tagline, it really felt a sporting division without limits; where anyone could fight anyone regardless of their respective sizes or statures.

Not until UFC 12 in February 1997 were two weight classes introduced: heavyweight, for fighters weighing more than 200lb (91kg), and lightweight, which for competitors weighing less than 200lb.

With as many as nine classes across both genders nowadays, why bring them in? Well, the simple answer is the level the playing field (or Octagon, in UFC’s case).

Weight does not solely mean body mass – it can also have a great bearing on a fighter’s power, stamina, agility and speed, for instance. MMA has evolved from the days of fighting until knockouts or submissions; it’s a more sophisticated sport nowadays, and the UFC needs weight classes to account for that.

Can a Lightweight Beat a Heavyweight in UFC?

Even though you don’t see such obvious mismatches nowadays due to weight classes, they certainly could.

Bigger fighters may hit harder, but smaller fighters are generally faster and more agile. We may not see fights like Royce Gracie vs Chad Rowan or Gerard Gordeau vs. Teila Tuli, with hundreds of pounds in weight difference, so often anymore, but that doesn’t mean it fundamentally can’t happen again.

If the skillsets are similar then the bigger fighter would probably win, but an unskilled heavyweight would doubtless be up against it when facing a skilled lightweight.

And at the end of the day, even if a lightweight probably couldn’t finish a heavyweight, a rear naked choke or a perfectly-timed kick to the head at full-throttle can win any fight instantly.

If anything, it seems more likely the number of weight classes will grow, rather than fall. Perhaps we’ll see the UFC follow suit and introduce the ‘super’ divisions used elsewhere in MMA, as was mooted in 2017 as part of a ten-point plan to revamp the competition.

As for the women, maybe we’ll see new UFC weight classes broken down into smaller intervals so as to not see three of their current four divisions dominated by large clusters of fighters. Conversely, the lack of competition for the featherweight title, meanwhile, remains another issue.

One potential new women’s weight class is the atomweight division, which has a weight limit of 105lb and was advocated by former 105lb fighter Laura Sanko as recently as October.

Asian MMA organizations already adopt this weight class, so it’s a possibility for the UFC, too, given several strawweights (e.g. Michelle Waterson, Jessica Penne, Jinh Yu Frey) haven’t been able to compete in their natural division.