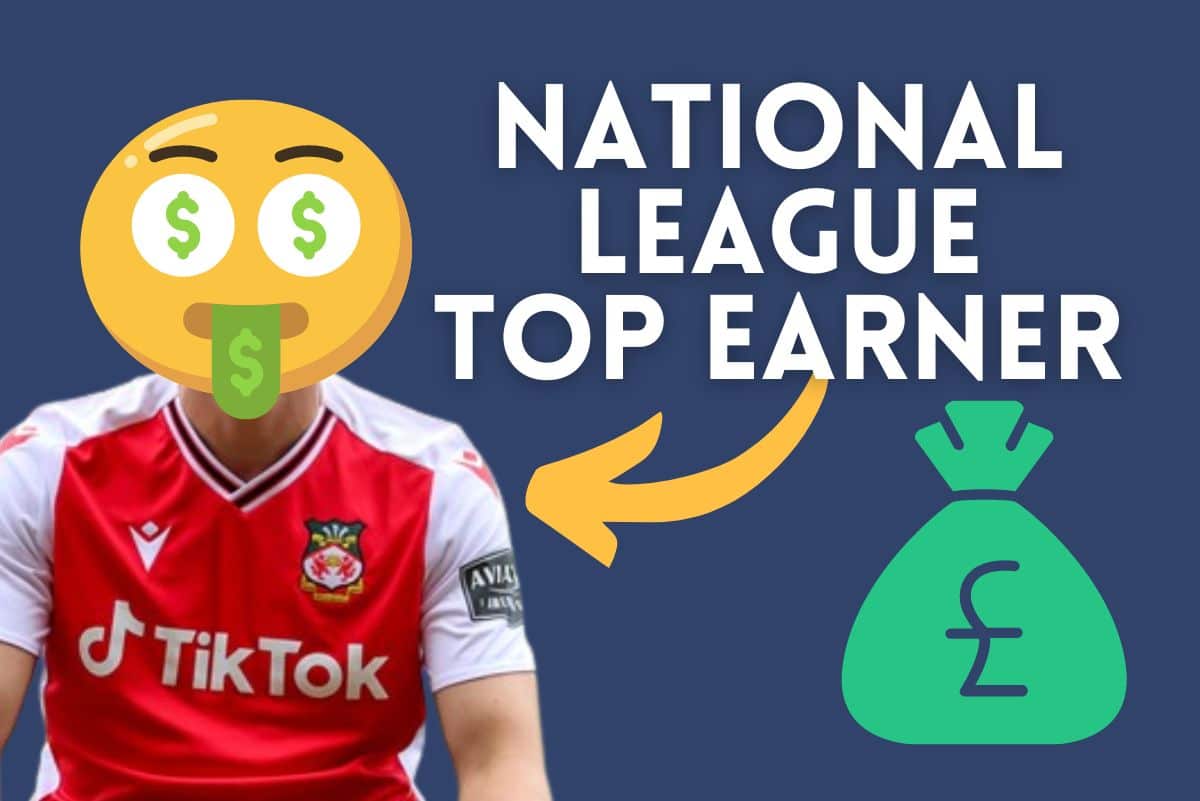 There is a great deal of buzz surrounding Wrexham Association Football Club in the wake of its high-profile takeover by two Hollywood stars; Ryan Reynolds and Rob McElhenney. With the club languishing in the Vanarama National League for a decade, the future’s looking bright for The Dragons with their new owners pledging millions to turn their fortunes around.

And, with the success of Welcome to Wrexham, a docuseries taking viewers behind the scenes of the running of the club, interest is set to keep growing. Wrexham’s fans have high hopes for the future of their team with promotion to League 2 the first on the agenda before world domination – well, why not dream big?

One player looking to be more than just a footnote in Wrexham’s history is striker Paul Mullin, who joined the Welsh outfit for the 2022/23 National League season. But how much does Paul Mullin earn at Wrexham and what was his motivation for joining The Dragons? Let’s take a closer look.

How Much Does Paul Mullin Earn at Wrexham?

Reports have claimed that Wrexham’s Paul Mullin is the top earner at the Welsh club with a weekly wage of £4,500. He arrived at the National League team with a great reputation for goalscoring which has earned him a top wage.

Paul Mullin earns a princely £4,500 per week at Wrexham, according to reports. That is a stellar annual salary of £234,000, which is an impressive figure for a non-league footballer. The striker is reported to be the top earner in the National League, with some of his fellow Wrexham players also topping the list.

With a weekly wage of £4,500 Paul Mullin is reportedly the top earner in the Vanarama National League. His goal scoring exploits for Cambridge United earned him the reputation as someone who can be relied upon to regularly hit the back of the net.

Wrexham fans will hope that Mullin’s track record will help to fire the club to the top of the National League and continue to rise through the English football pyramid.

How Much Did Wrexham Pay for Paul Mullin?

Although he came with a big reputation, Wrexham managed to pry Mullin away from his former club Cambridge United for free. Mullin’s contract with The U’s expired and he chose to move across the Welsh border to join Reynolds’ and McElhenney’s Wrexham project.

Why Did Paul Mullin Move to Wrexham?

Paul Mullin explained that his decision to move to Wrexham was a personal one based on his family. The Welsh striker wanted to be closer to his family so when the opportunity to return to his homeland was presented to him, he took it.

Mullin’s move to Wrexham was controversial for some as he dropped down a league to play for The Dragons.

Following a hugely successful League Two campaign with Cambridge, where he was the competition’s top scorer, the striker ran his contract down and dropped down to the National League with Wrexham. Mullin could have been a stand-out player in League One but instead chose to drop to the National League.