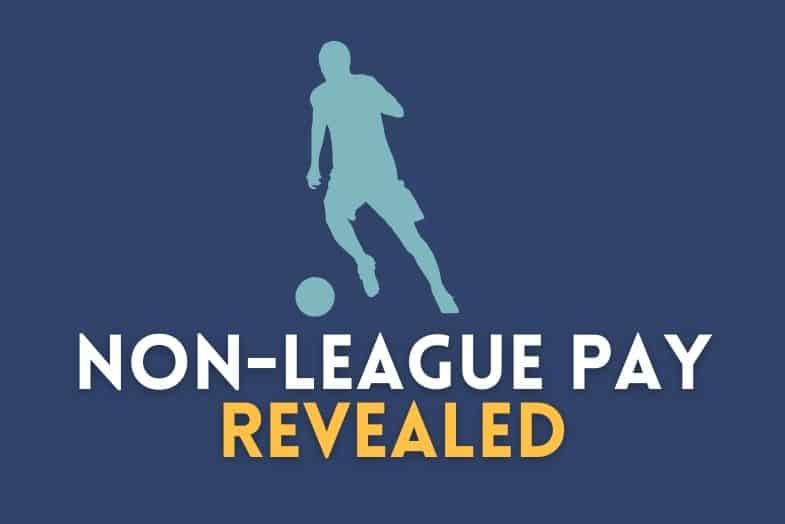 As a first step for the many players attempting to break into the English football system, the National League offers a perfect balance between semi-pro and professional.

The fifth tier in English football has rapidly grown into a highly competitive division, packed full of former EFL stars and young prospects all searching for promotion into the Football League Two.

Alongside the challenging competition, players in the National League can pick up a good wage for what is considered a ‘semi-professional’ division.

But how much do National League players earn? And how does it compare to those in the English Football League?

Is National League Professional or Semi-Pro?

National League football is traditionally a semi-pro competition with the clubs who earn promotion from the league being rewarded with professional status in the English Football League – the Football League Two.

How Much Do National League Players Make?

The weekly wage for National League players has increased greatly over the past decade with a vast majority of them earning upwards of £1,500. Wrexham’s Paul Mullin and Ben Tozer are the league’s highest earners, both earning £4,000 per week for the Welsh club.

Out of the top five highest earners in the league, Wrexham holds three of the spots with Tozer’s defensive partner Aaron Hayden sitting fourth on a £3,000 contract. Stockport County’s Paddy Madden and Antoni Sarcevic occupy the other two spots, with Madden earning a reported £3,500 a week while National League veteran Sarcevic is on a £3,000 contract.

While the average National League footballer earns £1,000-£1,500, the average wage for players in the Football League Two is considerably higher at £2,500 per week.