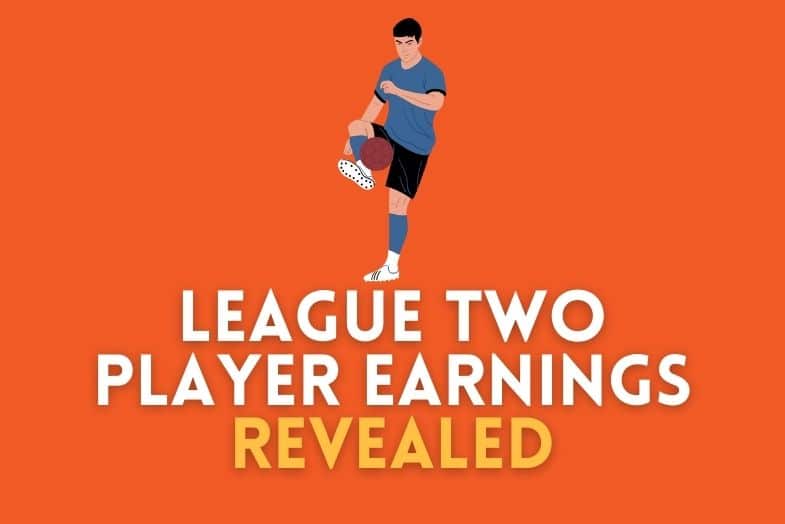 While Premier League stars are signing multi-million-pound contracts and average team wage bills climb to unthinkable figures, it is common knowledge for most football supporters on how much the top players earn these days. The same cannot be said for the lower divisions of English football, as contracts and wages are usually kept disclosed from the media and therefore receive less attention in the footballing world.

Despite this lack of attention, the lower divisions such as League 1 and League 2 have seen record player wages increase yearly with teams desperate to acquire and keep top stars at their club.

But how much do these English league players earn? And who are the highest earners in League 2?

The highest-earning player in League 2 is Exeter City goalkeeper Cameron Dawson, who is on a yearly salary of £332,000 (£6,400 per week). Tranmere’s Lee O’Connor is a close second, earning a yearly salary of £312,000 while Swindon Town’s Jack Payne is the third-highest earner in the league with a £265,000 yearly salary.

As footballer wages have increased yearly across all divisions, League 2 players’ average wages have consequently increased with the top ten earners in the league all making over £3,500 per week.

How Much Do League 2 Players Make?

The top fifteen earners in the league make over £3,400 per week while eight players make over £4,000 per week. This is a considerable difference from the league’s average player salary as wealthier clubs have been able to offer higher contracts for higher quality players. Out of the top ten earning players in the league, there are two players from Bradford, Salford, and Swindon.

This is a considerable difference from the average Championship player wage which sits almost six times higher at £30,000 per week.