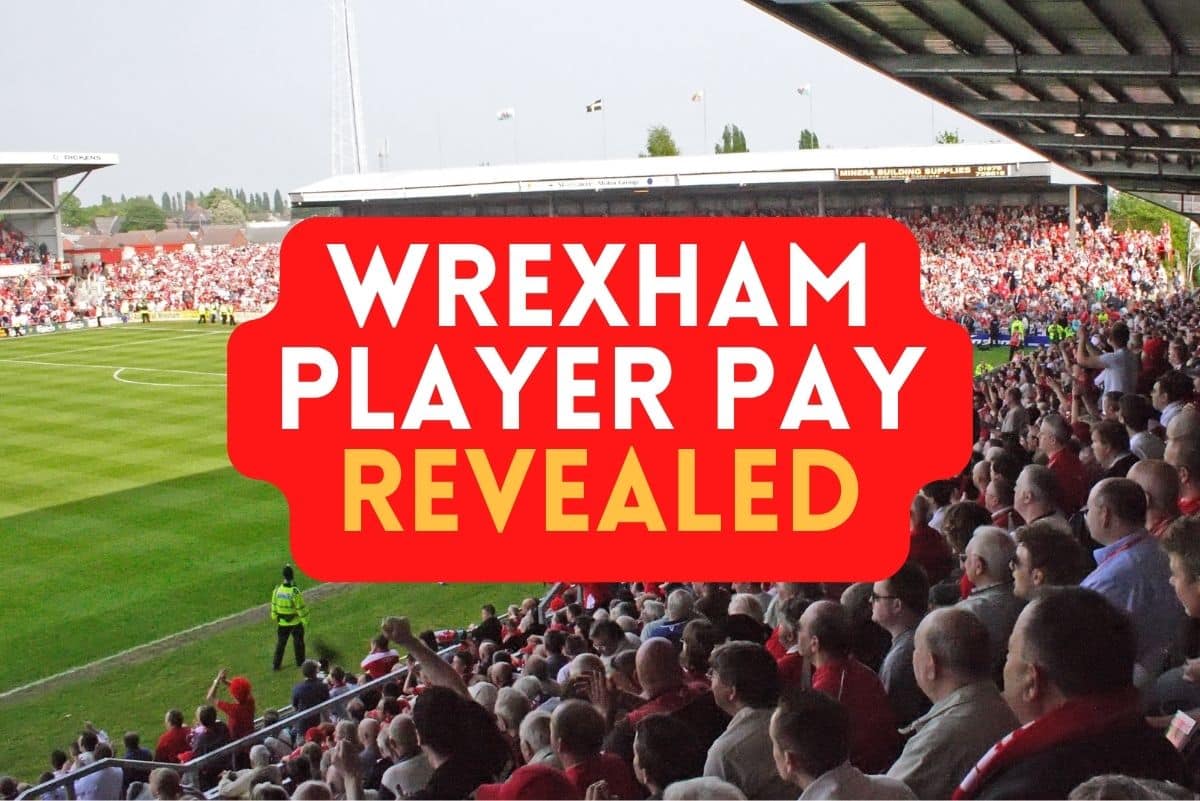 Football has often provided Hollywood-level storylines and drama to millions of fans around the world. From superheroes like Lionel Messi and Cristiano Ronaldo to true underdog tales like Leicester winning the Premier League, football is often a compelling watch.

Perhaps then, it shouldn’t be too surprising when two of Hollywood’s stars decided it was time to bring some glitz and glamour to football by becoming owners of a team. That team?

It is of course Wrexham, the team that was dwindling in the National League, and now counts Hollywood royalty Ryan Reynolds and Rob McElhenney as its owners. But has this injection of celebrity boosted the bank balances of the Wrexham players and will it guarantee success for the team based in Wales?

Despite playing in the National League, Wrexham AFC is a professional outfit. In fact, it is the third-oldest professional association football team in the world. The players are employed as full-time professionals, dedicating their careers entirely to football.

That professional status can help Wrexham return to the EFL sooner rather than later, ensuring their players can earn a League Two wage and help act one of the club’s Hollywood story get going.

Indeed, some players have dropped down several leagues to play for Wrexham, with the opportunity to earn significantly higher wages while being part of a high-profile and fast-growing project immense allures.

Indeed, striker Paul Mullin had previously secure promotion from League Two with Cambridge United (finishing as the league’s top scorer in the process), prior to joining Wrexham. While the Dragons followed that up by spending a whopping £300,000 on League One striker Ollie Palmer the following January.

How Much Do Wrexham Players Get Paid?

Wrexham stars Hayden and Tozer are estimated to be earning £3,000 per week each while star striker Paul Mullin is estimated to be on higher wages still. With the average National League weekly wage sitting around £1,000 to £1,500, it’s clear that Wrexham’s enhanced financial muscle is a factor for some to join the club.

With Wrexham stuck in the National League system for over a decade, the Hollywood duo of Reynolds and McElhenney are seeking to change the club’s fortunes. The pair have declared their commitment to the club and are putting their money where their mouth is in terms of player salaries.

Here are the reported salaries of Wrexham’s top stars:

How Much Does Paul Mullin Earn at Wrexham?

It is estimated that Paul Mullin’s move to Wrexham earns the forward £4,500 per week, which comfortably makes him one of the highest earners in the National League. However, his move to Wrexham was seen as controversial as the season prior to joining the Welsh outfit he was the top scorer in League Two.

Why Did Paul Mullin Move to Wrexham?

When Paul Mullin made his move to Wrexham the Welsh footballer stated that it was because he wanted to be closer to his family. However, many speculate that he chose Wrexham because of its Hollywood owners and the bumper salary he is earning.

The controversy surrounding his move to Wrexham follows a hugely successful season with Cambridge United, where Mullin’s goals helped them earn promotion to League One. At the end of the 2020-21 season, however, Mullin rejected a contract offer from Cambridge and dropped down to the National League to be a part of Wrexham AFC’s new project.