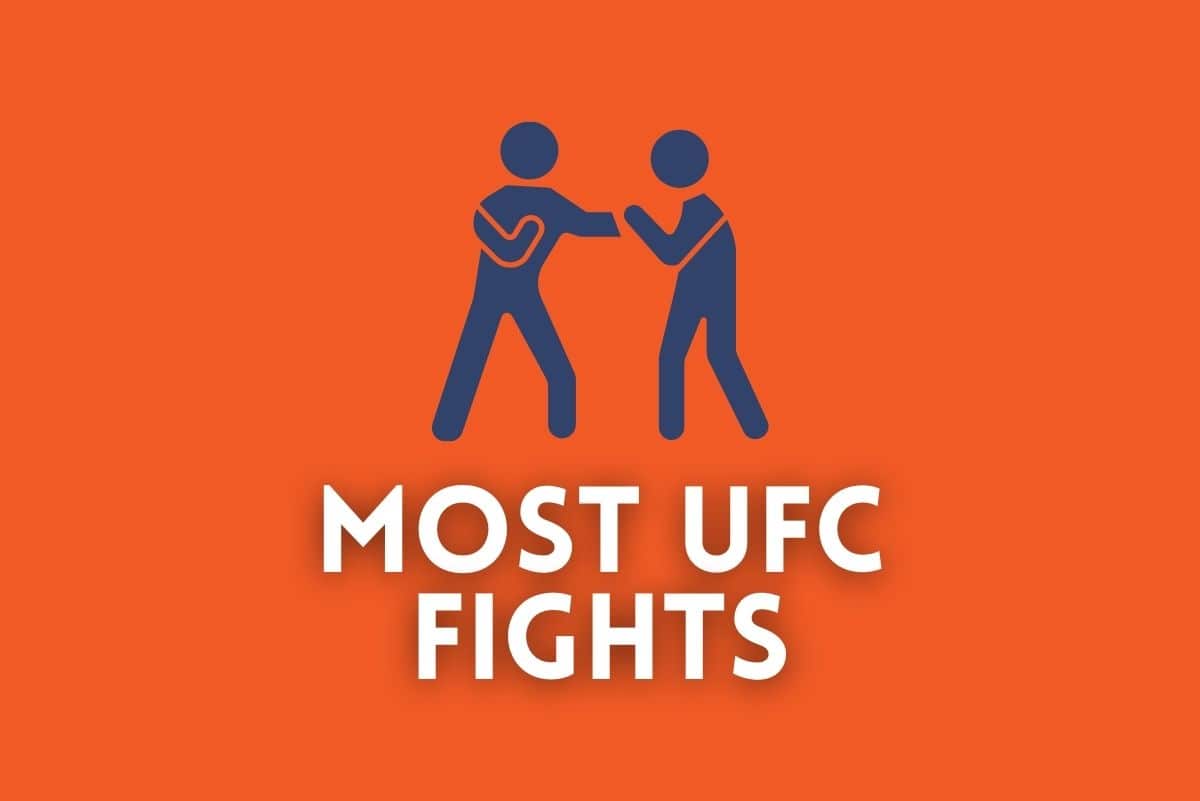 In the world of mixed martial arts, a fighter is only expected to be active a handful of times per year at most. With every fight taking its toll on their body and recovery time being necessary, most MMA athletes retire before reaching their 50th professional bout.

Furthermore, a fighter’s tenure in a major organization like the Ultimate Fighting Championship doesn’t always last for long. After all the UFC is the epitome of the sport, and a three-fight losing skid could spell the end of the fighter’s time in the company, with a plethora of young and hungry fighters eager to take his spot in the roster.

Nonetheless, there are fighters who manage to compete in dozens of UFC fights, cementing a regular spot in Dana White’s organisation. Some are legends who were able to maintain their top levels for more than a decade or simply deliver a jaw-dropping knockout from time to time, others remain with the organisation thanks to their drawing power which prompts the organization to turn a blind eye towards their fading skills, while a few are simply loyal company stalwarts who are always willing to put up a solid fight regardless of the outcome.

So who are the ten fighters who managed to collect the most UFC appearances?

Time to reveal the answer.

Most Fights in the UFC

In the table below, we’ll name the ten UFC fighters who have made the most UFC appearances.

Who Has the Most Fights in the UFC?

With 40 fights and counting, Jim Miller is the fighter who has the highest number of UFC bouts under his belt.

The New Jersey native signed for the giant organisation back in 2008 at the age of 24. He was deemed to be an up-and-coming lightweight with a respectable record of 11-1, with his solitary loss at the time coming at the hands of future UFC champion Frankie Edgar.

Since then, Miller never fought under the banner of any other promotion, marking himself as the perfect company man at UFC, who’s willing to fight anytime anywhere.

The man known as “A-10” has thus far collected 24 UFC wins while suffering 15 defeats in addition to an original defeat against Pat Healy which was later overturned into a no-contest. He is also tied with Damian Maia in second place on the list for the most UFC wins by submission with 11 victories.

Interestingly, Miller never earned a title fight despite his early exploits in the lightweight division. He would often come short in decisive elimination bouts, while the likes of Gray Maynard, Benson Henderson and Nate Diaz managed to skip past him enroute towards title fights, earning him the label of the perennial gatekeeper.

However, the tough Jersey native remains active despite his relatively advanced age, and even managed to impressively put together a three-fight winning streak between October 2021 and July 2022.