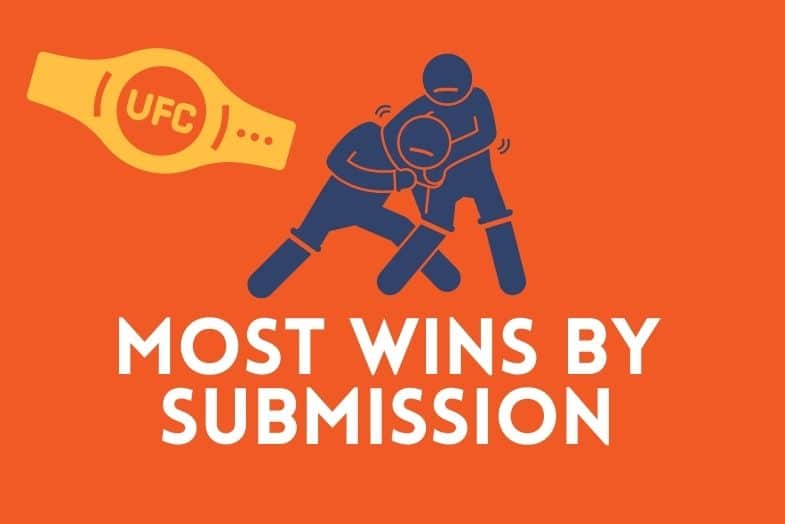 In the wild world of mixed martial arts, a brutal knockout can be viewed by some as a violent scene. Nevertheless, there’s something a bit more sinister about submission finishes.

While a knocked out fighter might not even remember anything prior to hitting the canvas, tapping out of a fight willingly is the sort of happenings that can give a man sleepless nights.

Since the very beginning of the Ultimate Fighting Championship in 1993, Royce Gracie shocked the world by winning the tournaments at UFC 1, UFC 2 and UFC 4 (he had to retire from UFC 3 due to an injury) all while submitting larger fighters who had no idea how to deal with his impeccable Jiu-Jitsu techniques.

This started a revolution in a sport that was very young, as MMA fighters from various background opted to learn the Japanese martial art which was developed by the legendary Gracie family in Brazil.

In time, fighters learned how to counter Jiu-Jitsu practitioners, however, this art remains highly-effective in MMA until this very day, with some UFC champions tracing their roots back to BJJ (Brazilian Jiu-Jitsu).

So who are the fighters with the most submission wins in UFC history? And which fighters top their divisions in this regard?

All the answers are submitted below.

Most Submissions in UFC History [Top 7]

Let’s take a look at the fighters with the most submission wins in the Ultimate Fighting Championship since the founding of the organization until the day of writing.

Charles Oliveira is the UFC fighter with the most submission wins throughout the organization’s history. In UFC 274, the Brazilian won his 16th fight via submission as he finished Justin Gaethje with a rear-naked choke submission after 3 minutes and 22 seconds into the first round.

“Do Bronx” arrived to the company as an undefeated young prospect back in 2010. However, his road towards the title was long, gruelling and filled with ups and downs.

And yet, his credentials on the ground were never doubted, as even on his worst day, Oliveira was still able to snatch a win by forcing his opponent to tap out.

So let’s have a closer look at all the tap-out victories recorded by the submission king so far in his illustrious UFC stint.

Most Submissions by UFC Division

After viewing the record of the ultimate king of the tap-outs, let’s find out who is the fight with the most submission wins in every each UFC division.

Most Submissions in UFC Heavyweight Division

Frank Mir holds the most submission wins in the history of the heavyweight division with eight wins via tap-out.

While the likes of Andrei Arlovski and Tim Sylvia were engaged in a never-ending rivalry to determine who is the hardest puncher in the division, Mir was one of the very few heavyweights at the time who possessed remarkable ground skills.

His win over BJJ black belt Antonio Rodrigo Nogueira at UFC 140 remains one of the most shocking moments in the company’s history. Mir’s kimura broke the arm of the Brazilian legend who refused to tap out.

Glover Texeira holds the record for submission wins in the UFC’s light heavyweight division at seven. Following his arrival to the organization, the Brazilian mostly relied on his boxing skills.

Nevertheless, he later reverted to his Jiu-Jitsu origins which paid dividends as he went on to earn UFC gold at the the age of 42.

Most Submissions in UFC Middleweight Division

Gerald Meerschaert is yet to establish himself amongst the elite fighters at middleweight, but he already holds the record for the most submissions in the division with nine wins. His favorite technique is taking his opponent’s back and applying a rear-naked choke.

Most Submissions in UFC Welterweight Division

In the welterweight division, three fighters share the record as Gunnar Nelson, Demian Maia and Chris Lytle all have six wins by submission.

As we mentioned in the table above, Maia ranks second in the overall list with 11 submission wins, but six of those had came at middleweight prior to his drop to welterweight in 2012.

Most Submissions in UFC Lightweight Division

Charles Oliveira has the most submissions in the UFC Lightweight Division with 10.

Most Submissions in UFC Featherweight Division

Although he’s mostly known as a lightweight, Charles Oliveira spent enough time in the featherweight division to collect six tap-out victories and earn himself the accolade of holding the most submission wins at 145 pounds.

Most Submissions in UFC Bantamweight Division

In the bantamweight division, Urijah Faber and Rani Yahya share the record for the most submission wins with six for each.

Despite never winning UFC gold, the “California kid” remains one of the pioneers of the smaller weight classes.

Most Submissions in UFC Flyweight Division

During his heyday, Demetrius Johnson completely cleaned out the Flyweight division, earning six submission wins in the process. “Mighty Mouse” remains the record holder in this regard.

Most Submissions in Women’s UFC Divisions

In the Women’s UFC divisions, Gillian Robertson holds the record for submissions. She forced her opponent to tap out on six occasions.

While Ronda Rousey had the nastiest triangles and the biggest paychecks amongst her peers, the legendary fighter only collected three submission wins during her memorable UFC run.