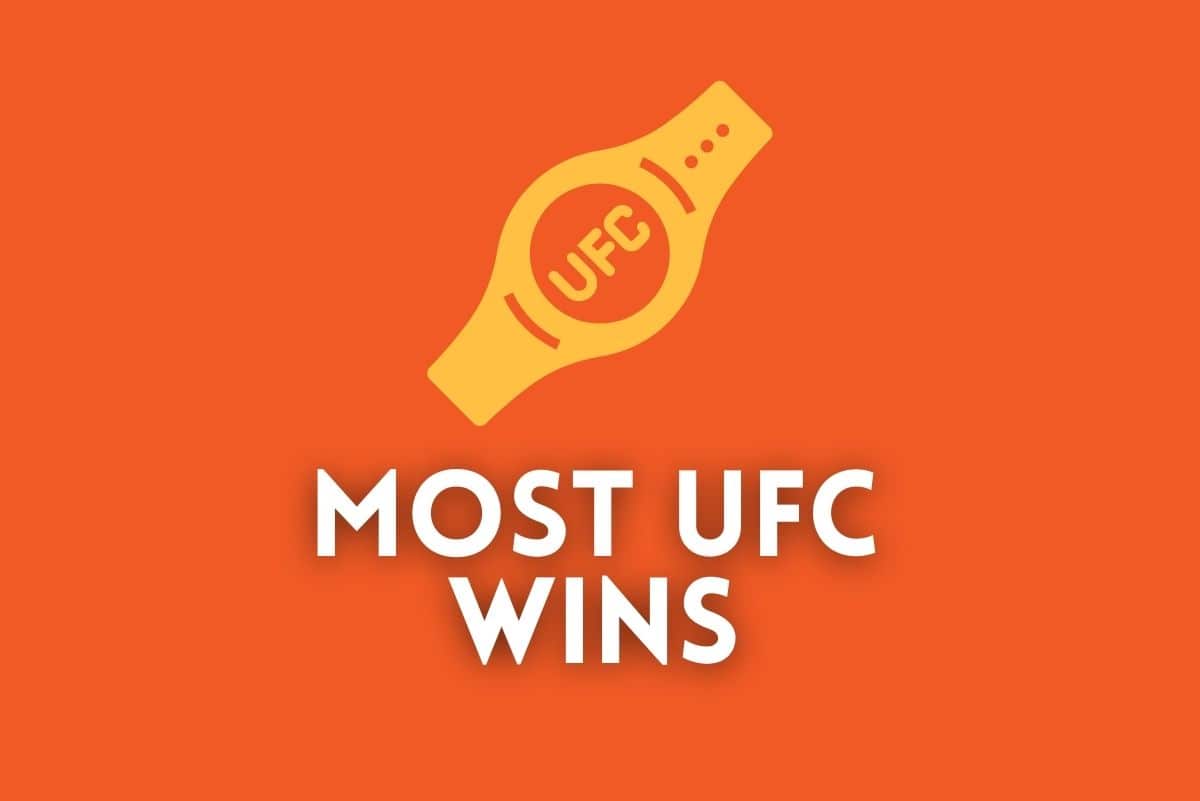 A company that has held over 600 events with nearly 700 fighters, the UFC (Ultimate Fighting Championship) creates a platform for some of the most victorious fighters in the world of mixed martial arts to compete at the highest level.

Most Wins in the UFC

Who Has the Most Wins in the UFC?

As well as being the current holder of the most bouts currently in UFC, Jim Miller also holds the highest amount of UFC wins with an amazing 24 wins in 39 fights.

The American competes in the UFC Lightweight division, with his last fight being a victory in July 2022 over the man with the second most victories in UFC, Donald “Cowboy” Cerrone.

Cerrone himself has 23 wins in 37 fights making him joint second due to Andrei Arlovski also holding 23 wins in UFC. Demian Maia is close behind in uncontested 4th place with 22 wins in 33 fights.

Who Has the Most Wins in the UFC Women’s Division?

Amanda Nunes holds the position of most victories in the UFC women’s division with the Brazilian defeating her opponents 22 times in 27 bouts.

Who Has the Most Title Wins in the UFC?

Jon Jones currently holds the record for most title wins in UFC with the light heavyweight fighter holding 14 title wins during his UFC career.

The New York native became the youngest champion in UFC history with his title victory over Maurício Rua at age 23, since then he has been widely regarded as one of the best pound-for-pound fighters in the world.

Amanda Nunes also holds the record for most title wins in the women’s division, being victorious in 10 of her title bouts. Alongside her record, Nunes also became the first fighter in UFC history to have multiple simultaneous two-division title reigns after regaining the women’s bantamweight belt.