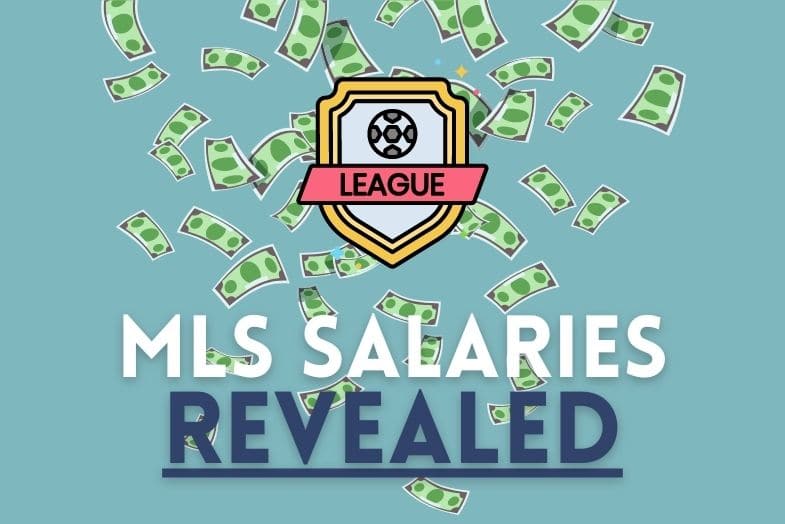 After David Beckham joined the LA Galaxy in 2007, the MLS was finally placed on the global map. When Brits tuned in from across the pond, they were instantly confused by terms like ‘franchises’, ‘salary caps’, and ‘designated players’.

Since then, the league has risen in prominence (although still viewed as second-tier at best and a ‘retirement league’ at worst). So how much did Becks get paid to frolic on pitches across America? And how much do MLS players earn now when compared to leagues like the Premiership and the Bundesliga?

The highest earners in the MLS are Xherdan Shaqiri of the Chicago Fire and Javier Hernandez of the LA Galaxy. Xherdan has a guaranteed compensation of nearly £6.5m annually while Javier is guaranteed about £4.8m per year.

Messi’s national team squad mate, Gonzalo Higuain, earns a guaranteed annual salary of over £4.6m per year or over £80,000 per week at Inter Miami.

Also known as the Beckham Rule, the Designated Player Rule allows MLS teams to sign up to three players that are considered outside the salary cap. In other words, teams can spend above and beyond the salary cap limit, but only for three players at maximum. The rest of the squad’s salary must fall within the cap.

Compared to many other American sports leagues like the NFL and NBA, the MLS is small beans in the financial sense. The Designated Player Rule was created to allow MLS franchises to attract international players from bigger leagues by exceeding the salary cap.

Famously, David Beckham was the first player signed under this exception. Beckham signed with the LA Galaxy for 6.5 million USD (£5.2m) per year. At the time of the signing, the MLS salary cap was at $2.1 million per squad. This means Beck’s was earning more than three times that of entire MLS teams!

Average MLS salaries have been on the rise including an increase of 14% from the 2021 to 2022 season. The top earners of the MLS greatly inflate the average salaries; likewise, so do the highest spending teams.

Big spenders like Atlanta United and LA Galaxy spend over £16 million on squad salaries. Thrifty clubs like Real Salt Lake (one league title) and Charlotte FC only spend about half that much.

How Much Do MLS Players Make?

On average, MLS players earn a little over £375,000 per year. Due to the Designated Player Rule, the highest earners’ salaries far outweigh the rest of the remaining salaries. A more accurate number is the median salary which sits at nearly £198,000 annually or about £3,800 per week.

According to The Athletic, the median MLS team spends 18 per cent of its wage bill on their most expensive player; they spend nearly 40% on its top three earners.

The average salary in the MLS is £375,000 per year or £7,226 per week. In comparison, the average salary is £3,120,000 annually or £60,000 per week in the Premier League. On average, Premier League footballers get paid 8.3 times as much as their MLS counterparts. This should be expected and is reflected in the quality of the league, and how much money it brings in when compared with Major League Soccer.