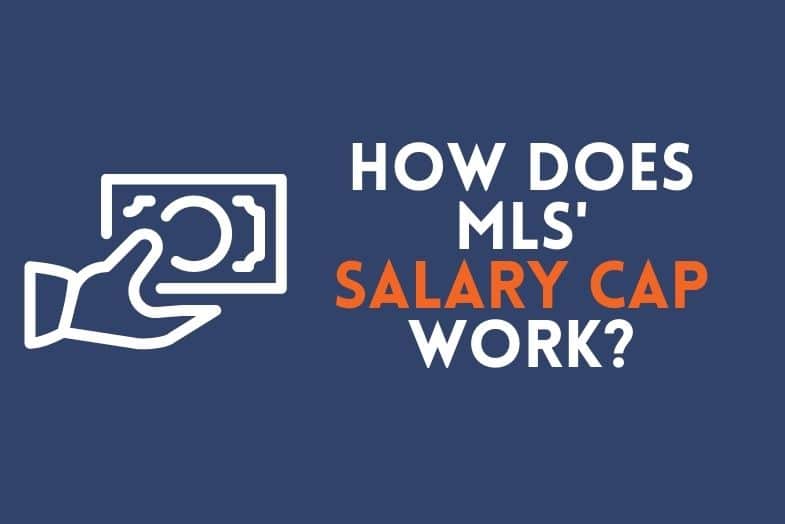 Like most American sports leagues, the MLS has a salary cap. No, not those caps! Salary caps have nothing to do with international appearances! And unlike most football leagues around the world, the cap limits the amount of money each club can spend to acquire and pay player salaries.

The salary cap ensures every team in the MLS can pay wages up to the same maximum number. And similar to other US sports leagues, the MLS does not feature promotion or relegation systems with lower-tiered leagues. In theory, every team is on equal footing.

The MLS Salary Guide is released to the public annually every spring. The guide lists every player’s base salary. It also lists the Annual Average Guaranteed Compensation for each player. Basically, any signing bonuses or agent fees are spread out equally over the length of the contract to make up the final wage number that contributes to the cap each year.

Contrary to world football associations, the MLS operates as a single entity meaning each team is owned by the league and its investors. And the MLS itself pays the wages for each player in the league.

Why is there a Salary Cap in the MLS?

The Salary Cap promotes parity and competition within the league. Because each team can only spend a certain amount of money on player salaries, it prevents a few teams from amassing the best players. This means, unlike world football leagues like the Premier League and La Liga, the MLS is less likely to be steadily dominated by the teams who spend the most e.g. Real Madrid, Barca, Manchester City, Chelsea.

The MLS was founded in 1993 and in terms of world football, it is quite a young league. Because teams are more evenly matched, results are less predictable. The aim is to promote the overall growth of US soccer and its fanbase. With every team and supporter feeling they can win a trophy like the MLS Cup, the league gains more followers every season.

How Does MLS Salary Cap Work?

The MLS Salary Cap is adjusted every year according to a collective bargaining agreement and typically is on the rise. The salary cap limits the total spending of MLS teams to fill roster spots 1-20. These spots are referred to as the Senior Roster.

Teams must have a minimum of 18 players and can choose to forgo spending on the 19 and 20 spots if they wish. This means they can spread the entire wage bill over 18 roster spots.

MLS franchises may also only spend a maximum amount in annual wages for a single player. And this amount can be adjusted by the league each year. Teams are also allowed to have a supplemental roster for players 21-30. These players have predefined salaries which are much smaller and do not count towards the Salary Cap.

What Does it Mean to be a Designated Player in MLS?

In 2007, the LA Galaxy signed David Beckham and the MLS introduced the Designated Player Rule. Also known as the Beckham Rule, this salary cap mechanism allows for MLS teams to sign up to three players above the maximum salary allowed. The team is responsible for paying the extra wages above the limit, but the exceeding costs do not count against the Salary Cap.

For example, let’s say the player max is set at $500,000. A player signed at that max and a player signed for 20 million dollars would count the same as far as the cap is concerned. That is, they would both count as $500,000 toward the final salary cap.

This rule enables teams to attract and acquire football stars from global leagues and pay them competitive wages. For instance, Beckham was earning a reported 6.5 million per year with the Galaxy. Whereas top stars in the league, like Landon Donovan, were earning 900k per year or much less than that.

The MLS operates very differently than most football leagues around the world. The Salary Cap helps the league to maintain a high level of parity. It does this by creating a fairer financial playing field for each team in the league. But the designated player exception allows MLS teams to attract world stars to play in the US for competitive wages.