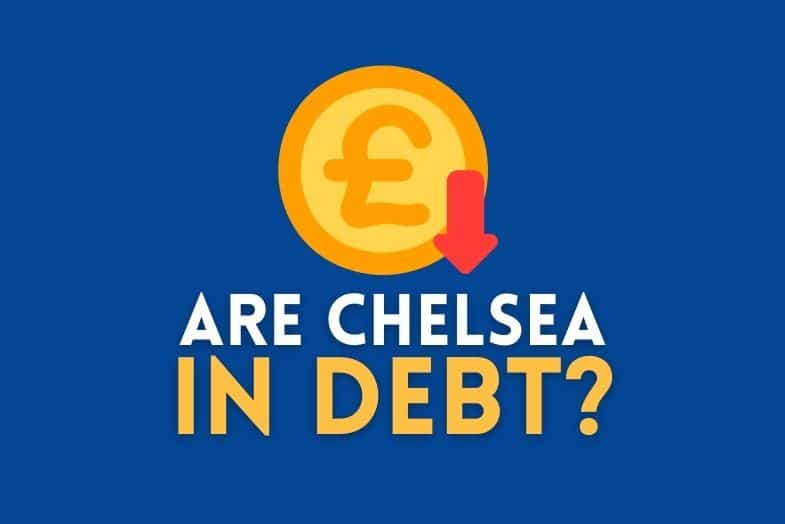 Before the super rich clubs like Manchester City and Paris Saint-Germain started hoovering up all of the best players in the world, Chelsea set the trend. When Roman Abramovich, the billionaire oligarch, took control of Chelsea in 2003 it seemed like his aim was to buy as much footballing talent as possible.

With untold riches the likes of which had never truly been seen in the Premier League, Chelsea had a near-bottomless pit of money to play real-life fantasy football with. And so the club did, adding superstar players and managers to bring sustained success to Stamford Bridge.

Of course, Blackburn Rovers truly set the blueprint for pumping loads of money into a football club to gain success, but that bubble burst almost as soon as it was inflated.

Chelsea’s wealth under Abramovich showed no signs of waning and after multiple record-breaking transfer windows, the Blues were here to stay. Almost two decades later, Chelsea has won everything there is in football but what was the cost? Are Chelsea in debt for spending so much money over the years or are they still super rich?

Are Chelsea in Debt?

Although Roman Abramovich has done all he can to make the club sustainable, Chelsea still owes the businessman a tonne of money. Money was put into the club via loans from Abramovich, which technically still needs to be paid back.

However, in March 2022, Abramovich put the club up for sale adding that he would be writing off Chelsea’s debt owed to him. The level of spending Chelsea has done in the past is almost unrivalled and a total of £1.5bn has been invested into the playing squad since Abramovich took over. Only Manchester City has spent more in the same time.

Despite this big-spending approach, Abramovich has attempted to make the club self-sufficient. Heavy investments have been made into the club’s training facilities and academy, with regular income flooding into Chelsea through the sale of its youth players.

How Much Debt Do Chelsea Have?

Reports in March 2022 suggest that Chelsea is £1.5bn in debt, which is substantial considering the club is meant to be cash rich compared to its rivals. However, most of the debt is put onto the club through loans from its owner, rather than accumulated debt through other means.

Despite the high debt level through spending, Chelsea is one of the best clubs at making money by selling its players for top value. The club is able to pay its stars well, and teams wishing to swoop for Chelsea’s players must pay a high price.

In truth, that large debt figure is more symbolic than anything as it is effectively Roman Abramovich owing himself the money he has put into the club over the years.

Despite there being a lot of debt floating around the club, net debt is actually pretty manageable for Chelsea. This shows that should Chelsea need to pay off its debts, if they were due immediately, that it would be quite achievable for a club of its stature.

In fact, just selling one of its stars in a pinch would help Chelsea balance the net debt books and remain in a strong position.

How Much Do Chelsea Owe Roman Abramovich?

Financially, Roman Abramovich is owed £1.5bn from investments made in Chelsea Football Club. As fans, however, it’s impossible to put a value on the the gratitude towards the owner as he has brought success beyond most supporters’ wildest dreams.

Sure, Chelsea existed before Abramovich and will surely exist after him, but thanks to his time, investment and dedication to the club, it is in a much better place. Chelsea became a superpower of global football which it may never have done without the investments of the billionaire.

Chelsea is one of the wealthiest clubs in world football. In 2021, Forbes valued the London club at an impressive £2.4 billion but it still lags behind some of the more established teams in European football.

Teams like Real Madrid and Manchester United are worth considerably more (£3.59 bn and £3.18bn respectively), largely due to their commercial prowess. But, with the riches of a billionaire owner behind it, Chelsea hasn’t had to worry too much about taking on losses. In fact, the only real reason clubs like Chelsea, Manchester City and PSG have to think about their spending is due to financial fair play.

Although sanctions placed on these clubs for breaking the rules, or a perceived breaking of FFP, have hardly hurt them.

Chelsea, to the credit of those running the club, does haul back a lot of income through player sales, which allows FFP compliance. This approach would align the modern-day Chelsea closer to a ‘self-sufficient’ team like Liverpool or Arsenal rather than oil rich clubs with bottomless pits of cash.

Do Chelsea Make a Profit?

It’s not that common for Chelsea to make a profit since Roman Abramovich took control of the club. Of course, much of that boils down to player acquisitions and contracts to keep them there, but it is a worrying trend.

Should Abramovich sell up, which he is reportedly looking to do as of March 2022, then Chelsea fans might have to worry about the club’s financial future. Any potential new owner is expected to make a bid in the region of £3bn to prise control of the club from Abramovich. But, if Chelsea’s new owners wish to run the club frugally then some drastic changes to the club’s spending will be required.