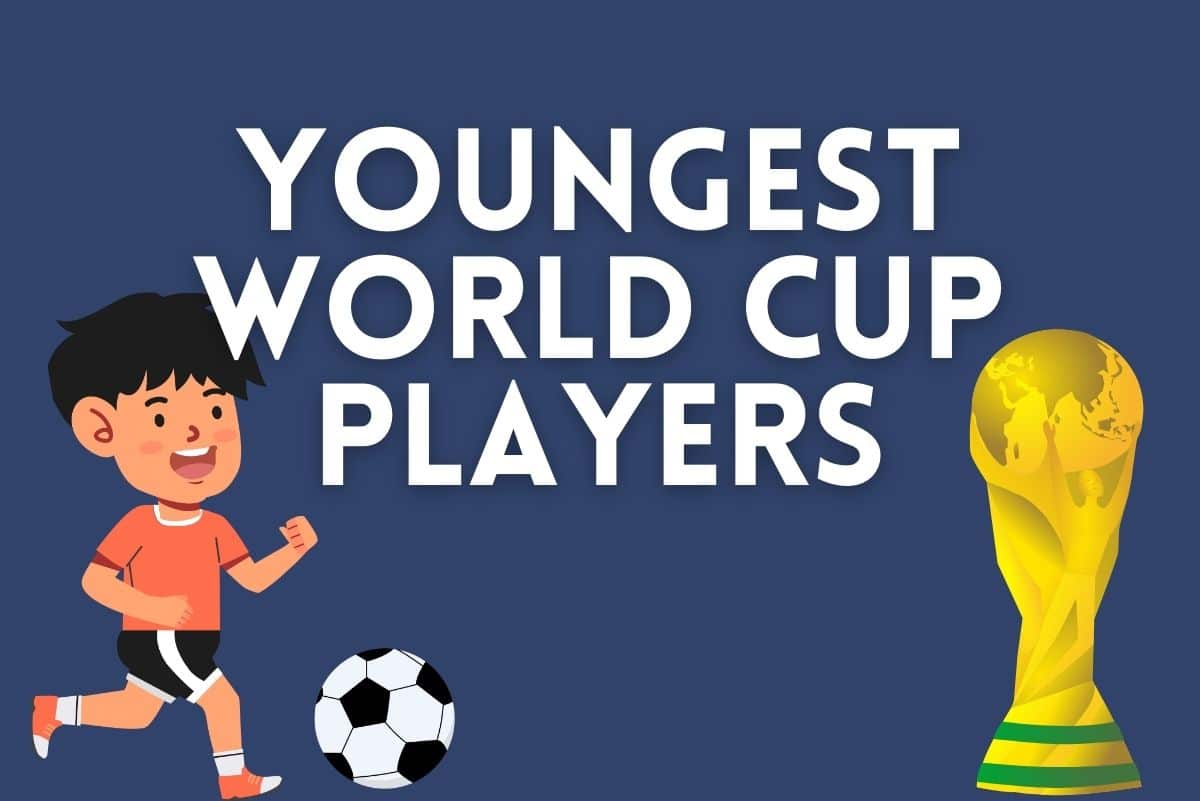 The 2022 World Cup hasn’t had the smoothest reception by the public since it was first announced it would be in Qatar in 2010. Regardless of how fans, players, owners, and managers feel, it’s happening with or without them.

Most have decided to take their national team salary and proudly represent their country when called upon. The feat will be accomplished with a fleet of newly-built stadiums and a multitude of law-bending exceptions as Qatar plays host to the entire world.

With politics out of the way, let’s ask the important questions. Who is the youngest person to ever play in a World Cup? And who are the youngest players in the 2022 World Cup?

Who’s the Youngest Ever Player to Play in a World Cup? [RECORD]

The youngest person to ever play in a World Cup is Norman Whiteside. Norman made his first FIFA World Cup appearance while playing for Northern Ireland against Yugoslavia in 1982. At the time of his appearance, he was at the age of 17 years old and 41 days.

These are the 5 youngest players at the start of the World Cup on 20 November 2022.

Youssoufa plys his trade in the Bundesliga for Borussia Dortmund and actually turns 18 on the day the 2022 World Cup starts.. He made his debut for the senior squad a day after he turned 16 years old. He was substituted for Erling Haaland in a match against Hertha BSC.

Garang is a forward for the Central Coast Mariners Football Club in the Australian A-League. However, Kuol is set to arrive as a reinforcement for Newcastle United in the January 2023 transfer window.

Garang made his debut for the Mariners as a substitute in a cup match at just a hair over 17 years old. Originally Born in Khartoum to South Sudanese parents, Garang and his family moved when he was just 6 years old to Australia.

Footballer Martín Páez Gavira is commonly known simply as ‘Gavi’. He signed with Barcelona at the age of 11. Since then, he has shown great promise, drawing comparisons to Spain Legends Xavi and Andres Iniesta.

Gavi played his first official match for Barcelona at 17 years old in a win over Getafe. One month later, he received a call-up and made his debut for the senior Spanish national team.

Gavi is looking to be a major component of La Furia Roja and their bid to once again lift the World Cup Trophy.

Jewison Francsico Bennette Villegas can normally be found in the English Championship, running down the left wing for Sunderland. Bennette started his professional career in Costa Rica at club Herediano. He made his debut for the club at age 17 years and 47 days.

Jewison’s participation in Costa Rica’s World Cup qualifying campaign makes him the youngest to ever play for the national team. And now he will be the youngest to feature for Los Ticos in a World Cup.

Bilal was born in Strombeek-Bever, Belgium but he is Moroccan by birth.  He began his youth career with Anderlecht and then moved on to K.R.C Genk in 2019. The midfielder made his debut for the club in May of 2022 at just over 18 years of age.

El Khannous spent time as a youth international before switching to play for The Atlas Lions at the U20 level.