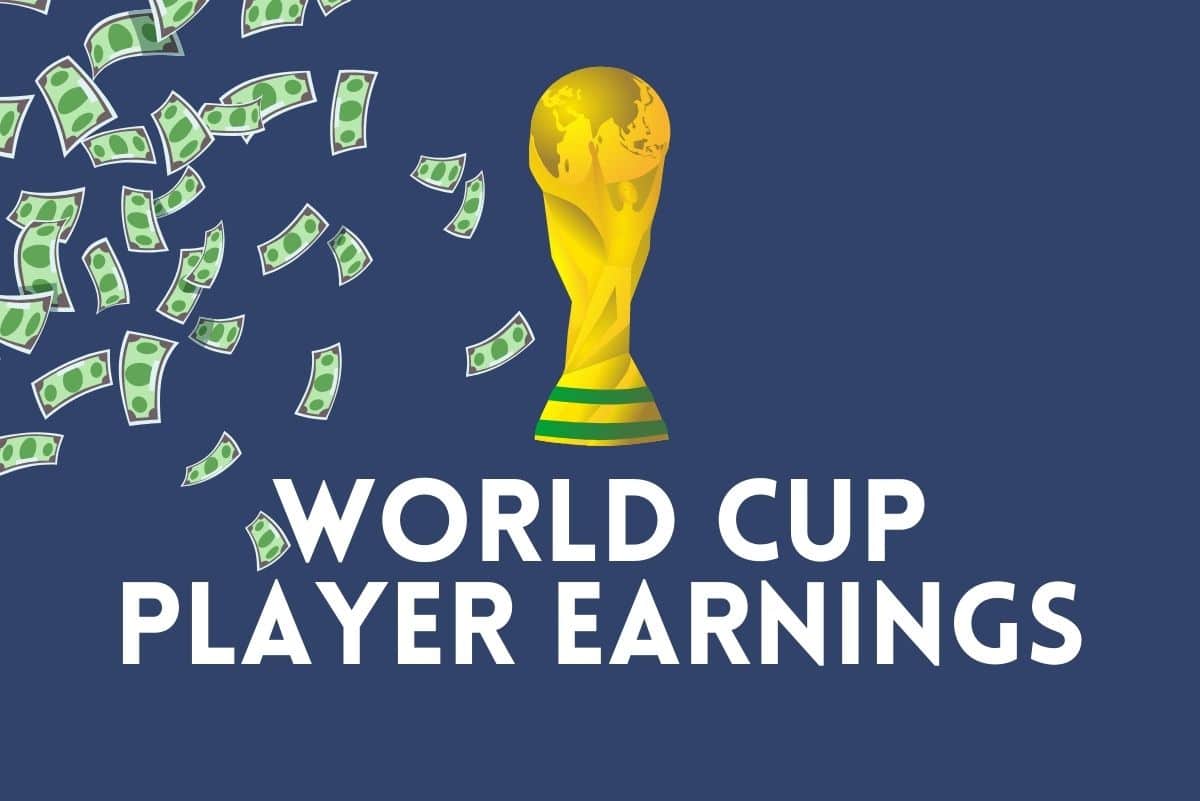 The World Cup is the most prestigious tournament in football with millions of people from each country tuning in to watch this festival of football. Every four years, football teams representing their countries descend to one location to battle it out on the pitch to declare the world champion.

Historically European teams perform well, with 12 winners from the continent while South American teams have won seven and can never be ruled out. But, other than extreme pride for winning the tournament what else is at stake for those competing at the World Cup? There are salaries to earn and bonuses to be gained by each team, so let’s find out more.

Do Footballers Get Paid for the World Cup?

Footballers each receive a fee from their respective FAs to pull on their national shirt. How much they earn depends on the football association as this is what determines international players salaries. As each player gets paid for international matches they will also be paid for the World Cup.

Bonuses also determine how much each international team and player will earn at the World Cup, from how far the team gets in the tournament to the goals scored.

How Much Do Players Get Paid in the World Cup?

Players will get a share of the winnings their team is awarded depending on how far they make it through the tournament. Those getting to the final will enjoy a much larger World Cup salary than those crashing out in the group stage.

Winning the tournament is a lucrative bonus but with £8 million added to the coffers of nations simply making it to the group stage, it’s easy to see why qualification matters to every nation’s football association.

Which International Teams Pay the Most?

How much each national team pays its stars is at the discretion of its FA but we can get a good barometer of how much they pay based on the manager salaries. At the 2022 World Cup, Germany’s Hansi Flick is the manager with the highest salary of £5.7 million.

The English FA also compensates well, with Gareth Southgate the second-highest earner at the World Cup with a salary of £5 million, and France’s Didier Deschamps rounding off the top three with a salary of £3 million. At the other end of the scale Tunisia’s Jalel Kadri earns the least with an annual salary of £113,000 which pales in comparison to the top earners.

This is based on players sharing the total £382 million offered by FIFA as World Cup prize money, with 26 players from each of the 32 countries participating. However, with each nation’s FA likely to take a significant chunk of those earnings, player World Cup salaries may only be a fraction of what we have calculated.