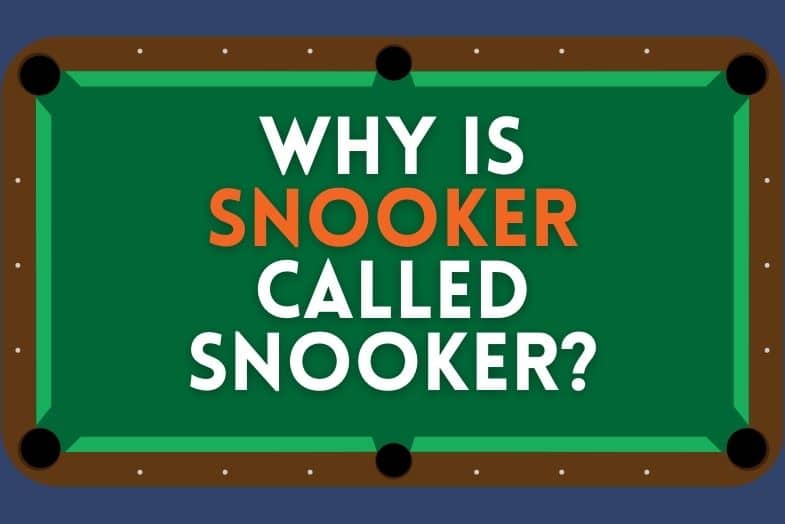 Snooker is one of the fastest-growing sports in the world in terms of both player numbers and audience figures.

It is estimated by its governing body, the World Snooker Tour (WST), that snooker is played by 120 million people, trying (and no doubt failing) to emulate the skills of top players such as Ronnie O’Sullivan and Judd Trump.

The WST also says that the sport is watched by over 500 million television viewers worldwide, with particularly large audiences in China, where many of the most exciting young players are emerging.

Although traditionally thought of as a ‘British’ game, with the occasional professional player coming from overseas, nowadays there are 17 different countries represented among the 122 professionals on the WST.

What Came First: Pool or Snooker?

Pool – or pocket billiards, as it is more formally known – came first, but not in the eight-ball or nine-ball forms that are widely played today. In fact, the first recorded recognisable form of billiards was played in France in the 1340s as an outdoor lawn game similar to croquet.

Eventually, the game was played indoors on a table covered with green cloth to resemble grass, and it became popular among the French and English upper classes by the early 18th century.

The cues used by players became more sophisticated and pockets were added to the tables to make the game more difficult, and the first pocket billiards championship was played in 1878 using the American Four-Ball format.

Eight-ball pool – the most well-known format in the world – was only invented in the early 20th century, and although popular at first, its popularity faded during and after World War II.

However, the film The Hustler, in which Paul Newman portrays a pool hustler, is credited with causing a resurgence in the popularity of pool from the 1960s onwards.

What Does the Word ‘Snooker’ Mean?

‘Snooker’, as well as being the name of the sport, also means to place your opponent in trouble on the table by leaving the cue ball in a position where they cannot directly hit a legal object ball – in other words, to ‘snooker’ your opponent.

The word has come to be used in everyday language when referring to being in a tricky or impossible situation. When facing a problem, people are often described as being ‘snookered’ – not a position you want to find yourself in!

Why is Snooker Called Snooker?

The name ‘snooker’ is derived from a nickname given to the cadet soldiers involved in first watching, playing and developing the game in India in the 19th century. These young soldiers from the Royal Military Academy at Woolwich were nicknamed ‘snookers’, and the name has stuck ever since.

So snooker is no exception to the long-held tradition of attaching weird and wonderful names and nicknames to sports and sports teams. Take a look at the stories behind the nicknames of three English football teams – Tottenham Hotspur, Crystal Palace and West Brom.

Snooker was invented in 1875 by a young British Army officer called Neville Chamberlain (not the former British Prime Minister), who was stationed in India at the time. Chamberlain came up with the idea of snooker while experimenting on a table used to play a different game called Black Pool.

Black Pool required 15 reds and a black ball, but Chamberlain added extra coloured balls and came up with the first version of the sport we know today.

Snooker grew in popularity among Chamberlain’s fellow soldiers in India, and was further developed at the Ooty Club in the country, which still boasts a snooker table from colonial times.

From here, snooker blossomed throughout India and the former British Empire, and eventually reached British shores by the early 20th century. The first professional World Championship was held in 1927.

It is possible to trace ‘modern-day’ snooker back to the advent of colour television in the late 1960s, which made it far easier for fans to watch and understand the game at home. From then, the sport has gone from strength to strength.