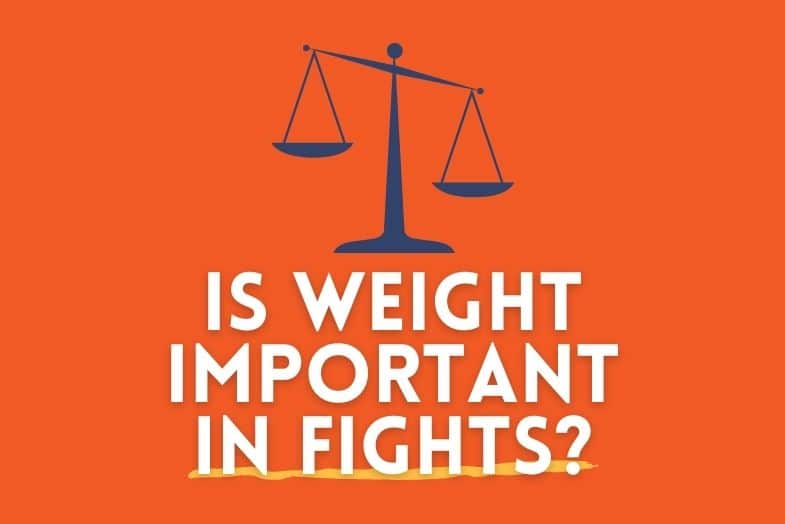 Fighters of all shapes and sizes lace up their gloves and step into rings or steel cages to fight similarly sized opponents in boxing and MMA. Is this a coincidence that fighters are classed as the same weight when they face off against each other or is there something more to it?

Weight classes exist for a reason, so let’s take a closer look at why they are so important in combat sports and whether it has always been this way.

What’s the Purpose of Weight Classes in Boxing?

Weight classes in boxing allow for fighters to put their skills and fighting instincts against evenly matched opponents. Heavier fighters are believed to have a greater advantage with power and the ability to absorb punishment over lighter combatants.

Given the violent nature of boxing, weight classes are important to ensure that smaller fighters are protected from being unnecessarily injured by larger opponents. Many smaller fighters might feel they have the skills that could see them beat a larger fighter but for their safety they may not ever get the opportunity.

But fighters may choose to move up or down weight classes in their pursuit of championship gold. In many cases, not only is there a weight limit to a certain boxing division, there is also a minimum weight threshold.

For this reason it’s better to think of a weight class like a weight range or band. Welterweight, for instance, requires fighters to be between 140 and 147 pounds. However, weight cutting is prevalent in boxing and other combat sports, where fighters will be within the band for their fight at weigh ins before rehydrating in a bid to increase their weight advantage.

Did UFC Always Have Weight Classes?

Fans of the UFC are familiar with the weight class divisions in the organisation but it wasn’t always like that. Weight classes were only introduced in 1997, at UFC 12; light heavyweight and heavyweight. Before then, it was an openweight competition.

Today, the UFC has 12 weight classes, eight for men and four for women. This has allowed the company to grow and put on more title fights while reducing the number of mismatches and gaining licences to put on events around the world.

Why Did UFC Add Weight Classes?

Throw in the ability to put on more main events with fights for titles on almost every ‘numbered’ card, and fans started investing in the company. With the adaptation of the original UFC rules, the company helped create worldwide stars like Khabib Nurmagomedov, Conor McGregor and Ronda Rousey.

Would a Heavyweight Beat a Middleweight?

A heavyweight would be a major favourite if they were to fight a middleweight in either boxing or MMA. However, it isn’t beyond the realms of possibility for the middleweight to triumph, particularly if their skill level is much higher than the heavier fighter’s.

But, weight classes exist for a reason and the probability of an elite boxer or mixed martial artist overcoming the size difference is slim. Height differences are common but this often results in a clash of styles between two fighters who weigh the same.