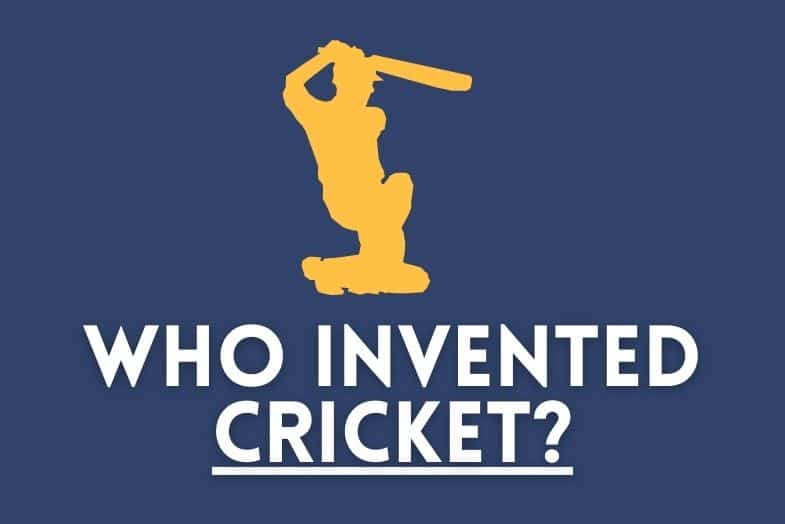 We’ve all been there. You’re sitting in the pub with your mates and they are all sucked in their phones. Brilliant banter and good craic have all been absconded by smart devices and live sport–might as well have gone down the sports pub! At least that way we could all stare at the same screen.

What could it be this time? Footie is on an international break, and being English, well, we know how that goes. Six Nations isn’t on… oh, it’s the Cricket! It must be another Test match out at Twickenham.

Well, at least they should only need to check the score intermittently. Besides, it’s only the 1st inning. As far as we’re concerned get back to us in a few more days.

Speaking of which, how can a sport be played for an entire work week?

And yet cricket is one of the most popular sports in the world. It’s basically a second religion in places like India and Pakistan. While we’re at it, who was it that invented cricket anyway?

When Was Cricket Invented?

The earliest known historical reference to cricket dates back to the late 16th century. However, cricket was likely invented during the Saxon or Norman times in the South-east of England as a game for children.

Like other sports such as football, the exact origins of cricket are somewhat fuzzy and hotly debated in many circles. Some speculate that the game originated in France or Flanders before spreading to England.

This is due to the fact that King Edward II (1300 AD) made reference to playing at “creag and other games.” But did creag mean cricket? Or was it an earlier form of the middle English word craic, meaning games and good fun in general?

How Was Cricket First Invented?

The invention of cricket cannot be traced back to a single event. Historians believe the game was played by children as early as 1000 AD in parts of England, France, and Flanders. By the late 16th to early 17th century, the game had become a popular sport played by adults.

The earliest historical reference to cricket being played by adults comes from a court document in 1611. The document describes the prosecution of two parishioners in Sussex who dared to play cricket on a Sunday (instead of going to church).

In the 17th century, cricket was relatively niched as a sport played in the villages of England. However, it was already a favourite pastime of the Puritans – just not playing on Sunday of course!

Cricket really matured during the 18th century. During this time amateur cricket grew into professional cricket based around athletic clubs. The Hambledon Club and (slightly later) the Marylebone Cricket Club (MCC) were founded in the latter part of the century.

The MCC formed the Laws of Cricket that would codify the game and progress it toward its modern state. This was the earliest appearance of new regulations like a three-stump wicket and leg before wicket.

Roundarm bowling and then overarm bowling would help to further the evolution of cricket in the 19th century. These differences in bowling greatly affected the pace of the ball and would change the action taking place on the pitch forever.

It was during this time that notable cricketer William Gilbert Grace would be born. During his lifespan, he would be an active participant in the growth and popularity of his beloved cricket.

Cricket was invented by people living in south-east England and possibly some in France and Flanders. It appears to have been a children’s game for an unknown period until being adopted by adults in the early 17th century.

Who is Known as the “Father of Cricket”?

William Gilbert Grace is known as the “Father of Cricket” of the “Godfather of Cricket.” This is because of the success and longevity of his career. William is also responsible for shaping the style and rules of the modern game.

William Gilbert Grace was born on the 18th of July in 1948 in Downend, near Bristol. William played first-class cricket for a record 44 seasons from 1865 to 1908. Cricketing was in his genes; two of his brothers, Fred and E.M. were also professional cricketers.

During his long career, grace played for at least 29 different clubs! Imagine a Premier League footballer doing something like that, just virtually impossible.

William excelled at bowling and fielding, but it was batting where he really made his mark on the sport. Many have credited Grace for pioneering what is the modern-day batting technique of cricket.

This was described by one of his peers, Colonel Frank Crozier, “he held his bat straight […] his beard hung right over the ball as he [hit] it […] he was the most powerful straight-driver I have ever seen..”

Another technique attributed to William was his slower or off-pace bowling style that used a leg break; he referred to it as a ‘leg-tweaker’ and would bring a subtle amount of break to the ball that would bring it across the batman’s legs to the wicket.

Grace was truly cricket’s first superstar and a direct source of momentum that has led to a global sport full of well-paid professionals.

The question of which country invented cricket is somewhat unanswered. Early historical documentation places cricket’s origins in the south-east of England. These written accounts come from the late 16th and early 17th centuries. It’s likely the game was created much earlier.

The most universally accepted mention of cricket is the aforementioned account of John Derrick playing in Surrey as a schoolboy. The name ‘cricket’ likely derives from the Old English terms cricc or cryce. These words meant crutch or staff.

Other explanations of the term ‘cricket’ place it originating in places like France or Flanders.

The game would begin to expand in the 17th century. Funnily enough, there is evidence that points to the game spreading to the American colonies before making it to the north of England. One can extrapolate the creation of America’s once favourite past-time, baseball, to this dissemination of 17th-century cricket.