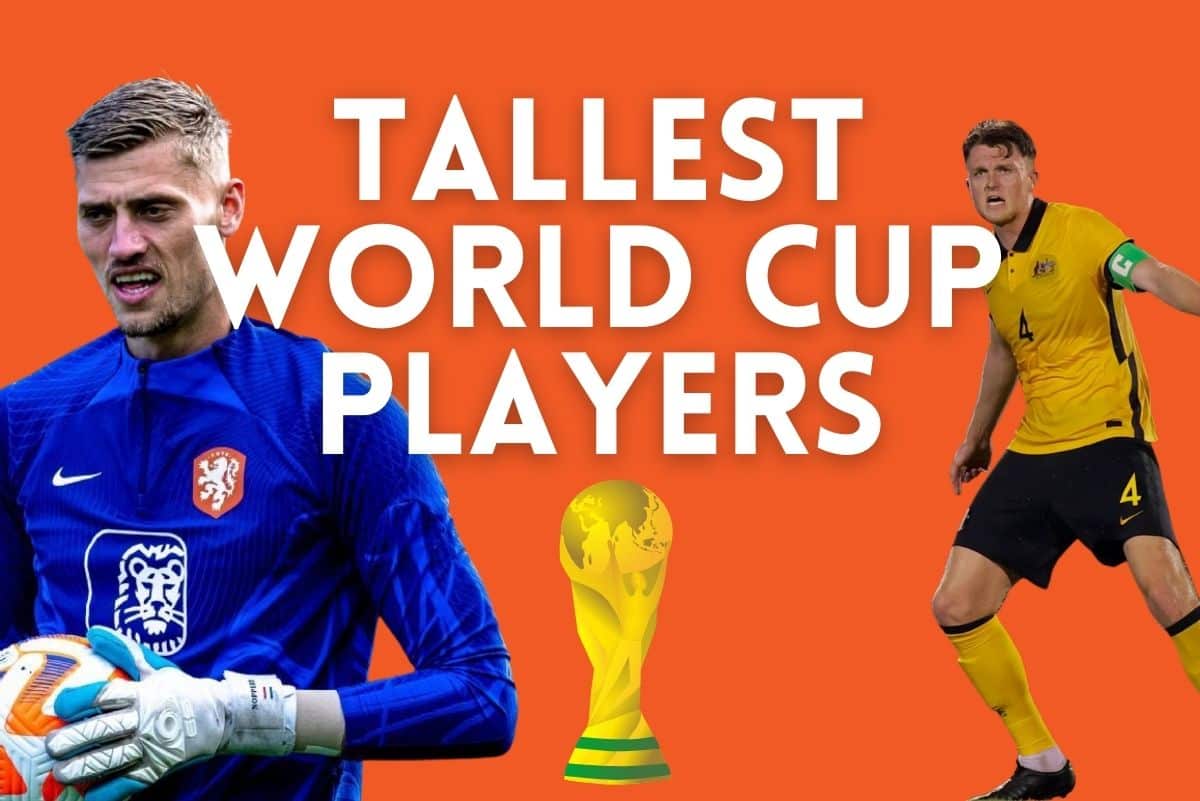 Following an extended hiatus which lasted for more than four years, the World Cup is finally at the door, with the first kickoff taking place on November 20.

The 32 participating nations have already named their final squads, and it features the vast majority of the biggest footballing stars on the continent, the likes of Lionel Messi, Neymar, Karim Benzema and Kylian Mbappé.

But while these superstars aren’t exactly blessed with extraordinary postures that exceeds the average height, the tournament will have its fair share of giants, even if they aren’t the most recognizable players on the roster.

So who are the tallest players at the 2022 World Cup in Qatar?

By comparison, the smallest player at the World Cup is Moroccos’ Ilias Chair (158cm) – a whopping 45 cm shorter than Noppert.

Standing at 203cm, Andries Noppert is the tallest player in the 2022 World Cup. The 28-year-old is a part of the Dutch national team.

Although he’s yet to make his international debut, Netherlands manager Louis van Gaal gave him the nod following a remarkable career turnaround.

The giant custodian embarked on a journeyman career, but finally got his breakthrough at Go Ahead Eagles in 2021/22, earning himself a comeback to his original club, Heerenveen.

At 202cm, Vanja Milinkovic-Savic isn’t just misses out on the top spot. The colossus goalkeeper was born in Spain and was eligible to play for La Furia Roja, but he has been representing Serbia since his youth days.

Vanja is the lesser known brother of Lazio star Sergej Milinkovic-Savic, but has been making a name for his own with his solid displays between the sticks at Torino.

While the list includes some unsung names, Thibaut Courtois needs no introduction. His imposing height puts him on the podium, but when it comes to skills, he surely has a claim for being the best goalkeeper in the world.

The Belgian has won it all on club-level – including the Premier League with Chelsea and the Champions League at Real Madrid – so it remains to be seen if he’ll be able to guide his nation towards international glory.

While most sources believe that Harry Souttar stands at 198cm, some claim that his height reaches 201cm.

Regardless, the Stoke City defender can be recognized as the tallest outfield player in the tournament and will surely dwarf some of his shorter opponents.

Nick Pope makes for an interesting case. While several official sources – including the Premier League’s official website – give him a 191cm height, many believe that he’s closer to the two-meters mark – including the man himself.

Footage suggest that the Newcastle United shot-stopper is certainly taller than 191cm. In any case, he’s certainly bigger than his England teammate Jordan Pickford

Again, we have various accounts suggesting different heights. Some believe that Wayne Hennessey is 197cm tall, but we’ll give him the benefit of the doubt and acknowledge him as the fourth tallest player in the 2022 World Cup, tied with Pope and Souttar.

With 106 caps for Wales, no player on the list has more international appearances that the Nottingham Forrest goalkeeper.