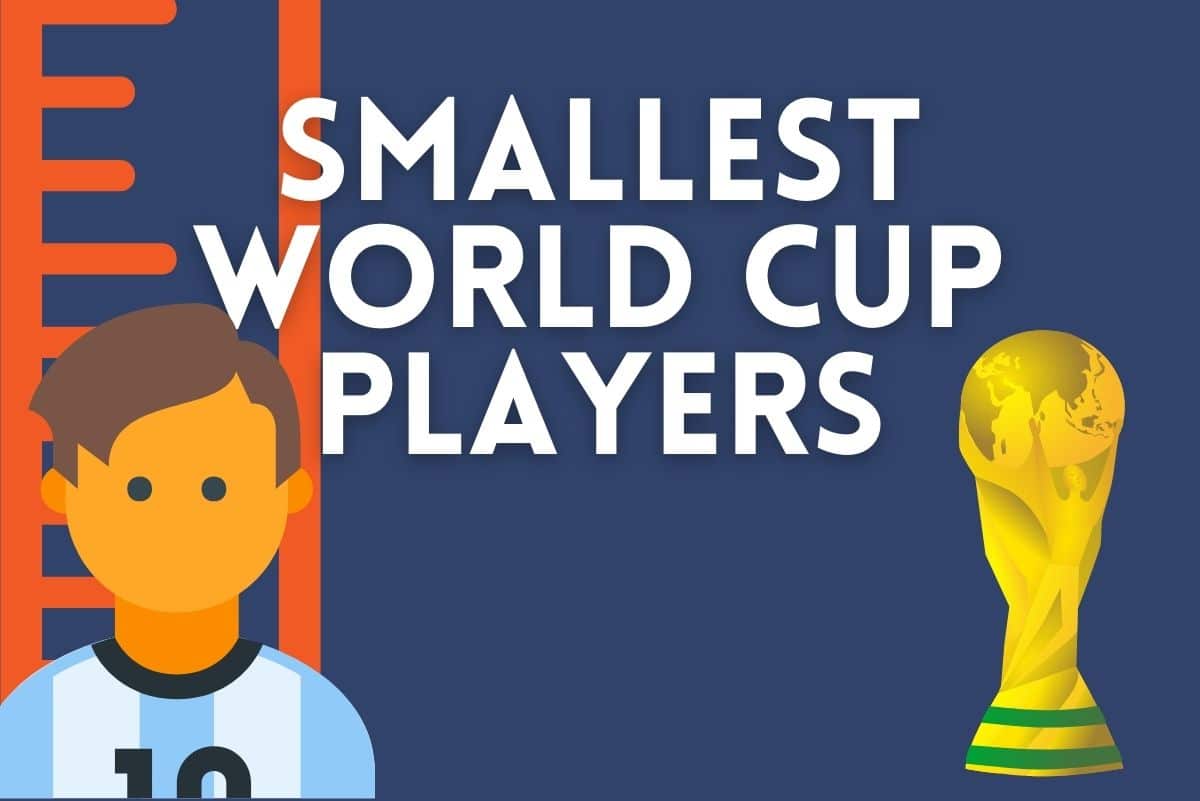 Height can often be a misleading trait in the world of football. At the age of nine, Harry Kane was released from Arsenal Football Club having been deemed ‘too small’ for the top level. Soon the 6ft 2inch striker will captain England at the 2022 World Cup in Qatar having become one of the greatest forwards the Premier League has ever seen.

While height can certainly be a bonus when challenging for crosses and corners, it does not determine how successful a player will be, especially on the international level as tactics and styles of play become vital.

With the 2022 World Cup just around the corner, the best players across the globe, regardless of size, will be competing to achieve the greatest prize in international football, the World Cup.

But who will be the shortest players at the tournament? And, how important will they be for their country in Qatar?

At 5ft 2inch, Morocco’s Ilias Chair is by far the smallest player in height heading to Qatar this winter.

The attacking midfielder, who currently plays for Queens Park Rangers, was originally born in Belgium but has represented Morocco Under 20’s and 23’s before making his first team debut in 2021. Chair has made 10 appearances for the Moroccan first team, scoring one goal from midfield.

Known for his speed and skillful play down the right wing, Brighton full-back Tariq Lamptey will be the second shortest player in the 2022 World Cup.

Lamptey will represent Ghana in Group H as a part of the Ghanaian back four, joining fellow Premier League players Daniel Amartey and Mohammed Salisu in defence.

Interestingly, Lamptey has represented England at Under 19’s level before switching to represent Ghana in 2022.

Comedically nicknamed the ‘Alpine Messi’, Xherdan Shaqiri has been a vital player for Switzerland since his debut in 2010 despite being one of the shortest players in the World Cup this year.

The winger has represented Switzerland’s first team at six international competitions with the team’s placement in Qatar being his seventh tournament with the Swiss side.

Possessing outstanding technical ability and able to shoot with both feet, Shaqiri’s height has never been an issue in previous competitions. It will likely remain the same for the 2022 World Cup.

Praised for his work rate and speed on the pitch, Lucas Torreira will be a key figure in the Uruguay squad at the 2022 World Cup.

Known for his no-nonsense style of play, the 5ft 5inch Torreira provides the needed intensity in front of the Uruguayan defence that has proved to be successful in previous fixtures.

As a part of one of the strongest groups in Group H, Torreira’s experience in midfield will certainly be needed if Uruguay wants to succeed in Qatar this year.

A regular of the Wales midfield and a key figure amongst The Dragons, Joe Allen comes in at 5ft 6inch making him the shortest player in the Welsh squad.

The Swansea number seven has represented his country since 2009, playing 72 games for Wales and playing an important role in the 2016 and 2020 European Championships.

Undoubtedly the world’s greatest “small” player, Lionel Messi may be used to breaking records and topping tables, but ultimately he is only the 6th smallest player at the 2022 World Cup.

However, there some other records that Messi can break during the World Cup, including: