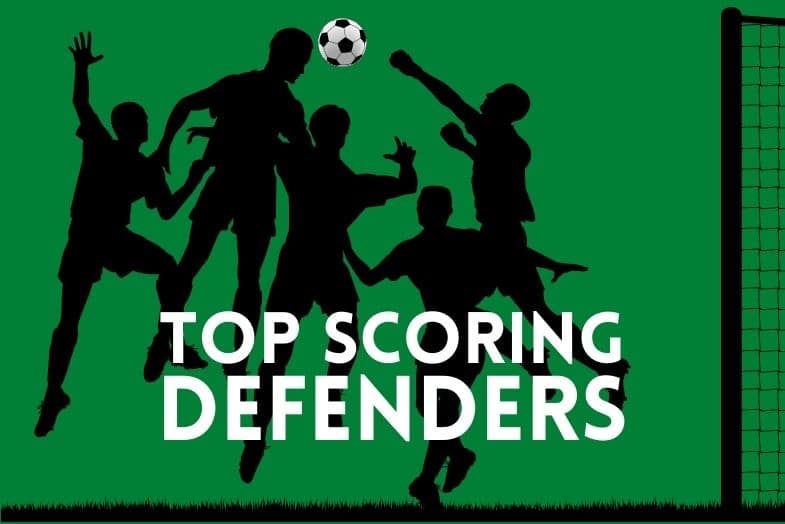 The most important thing in football is getting the ball in the back of the net. It doesn’t take a genius to understand that the team with the most goals scored in a match wins. But, while scoring goals is an essential part of the game, being able to keep them out at the other end is just as important.

Or possibly more important as many believe that a good attack can win you games but a good defence can win you titles. Sure, defenders are better known for collecting red cards than goals, but some love to see the net bulge.

Football teams are broadly split into attacking and defending units but there is always room for some overlap. That’s why we are looking at the highest-scoring defenders in the Premier League. These players were not only experts at stopping attacks, they were also keen to get their names on the scoresheet too.

Defender with Most Goals in the Premier League [Top 10]

Special mentions to Ashley Young, 48 goals, and Ian Marshall, 33 goals, who played part of their careers in defence but also large periods further up the pitch. For fairness, we have only included out-and-out defenders, so Gareth Bale, for instance, also doesn’t qualify despite his early years as a full back.

Any fans of Premier League teams playing against John Terry during his career will know all about his goal scoring prowess. The defender’s 41 goals in 492 appearances propelled Chelsea to league title after league title. Most of his goals were headers from corners or free kicks.

Terry was Chelsea’s captain, chipping in with vital goals to help them win five Premier League titles and a Champions League during the free-spending years of Roman Abramovich’s early reign. Internationally, the Chelsea defender was a mainstay of the England team during his career, winning 78 caps and captaining his country. He also saw his fair share of yellow cards, ranking the fifth highest for defenders in Premier League history with 69.

David Unsworth’s football career took him to six different Premier League teams, and a few more outside the top division. The defender had a cannon of a left foot and was known for smashing the ball into the net at any given opportunity.

Although Unsworth didn’t get his hands on the Premier League title during his career, he is known for his versatility and reliability along the back. Since retiring, he has been Everton’s go-to as caretaker manager.

Fullback Leighton Baines earned a name for himself at Wigan for his crossing, free kicks and penalties. He carried on scoring plenty of goals from the penalty spot and outside the box when he transferred to Everton.

For a time, Baines was part of one of the most prolific fullback partnerships in the league, teaming up with Seamus Coleman who played on the right. Baines retired in 2020 and has his sights set on being a coach, becoming a part of the youth set up at Everton two months after hanging up his boots.

Most Premier League Goals by a Current Defender

There are plenty of Premier League defenders already making a mark on the opposition’s goals. Marcos Alonso is the highest-scoring defender still playing in the Premier League with 23 goals. He is being chased down by Seamus Coleman, 21, and Virgil Van Dijk, 17.

It’s not inconceivable to imagine Van Dijk overtaking Alonso in the near future but he is unlikely to better Terry’s record of 41 goals. Other defenders who may eventually claim the top spot for scoring defenders include Trent Alexander-Arnold, 10, Nathan Ake, 14, and Ben Chilwell, 10.