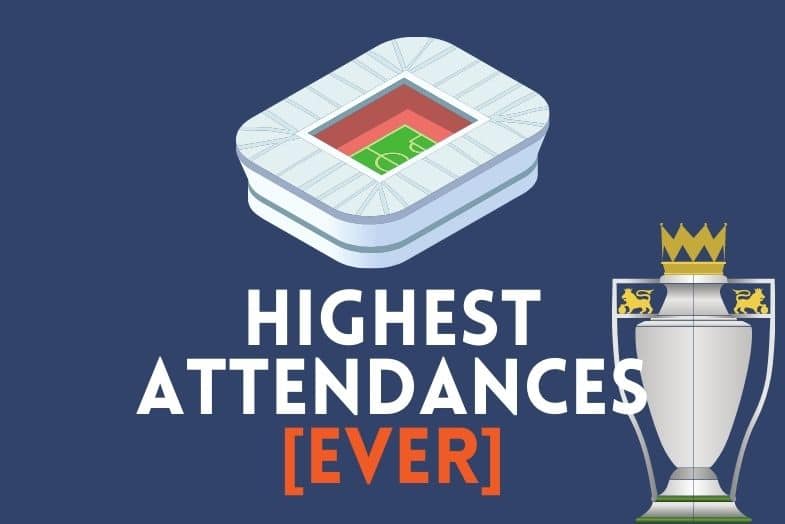 The English FA is the oldest in the world. While it’s up for debate, our small island is mostly credited with the creation of modern association football. England and the rest of the British Isles have a rich history of football.

Some of the oldest football stadiums in the world can be found still in use today in England. In fact, the stadiums themselves are full of nostalgia. For many, visiting a new ground is almost a spiritual experience. Many of these football pilgrims are on a mission to visit every ground in their lifetimes while recording visits on scratch-off maps.

Every ground has its unique charms but which one’s come to host the biggest attendance of fans?

Which Premier League Stadium Has the Highest Capacity?

The highest capacity of a Premier League stadium is found at Manchester United’s Old Trafford. The ground can seat up to 74,140 people in a football match.

Man U’s crosstown rivals have had much more recent success. Despite that, Man City’s Etihad Stadium has a much smaller capacity of 55,017.

What is the Record Attendance in the Premier League?

On 10 February 2018, Spurs defeated Arsenal 1-0 at Wembley Stadium. This match set a new record for Premier League with 83,222 fans in attendance. This while Tottenham were using the ground temporarily for home matches.

Until 2017, White Hart Lane had been the footballing home of Spurs. After it was demolished for the construction of a new football ground, Tottenham Hotspur Stadium, the club was forced to find a new and temporary home.

For 2017/18 and the majority of the 2018/19 season, Wembley was the host of all Tottenham home matches. Eventually, they would return to their club-owned stadium with a respectable capacity of 62,850.

*All statistics are taken from fbref.com

On the 31st of March 2007, Manchester United and Sir Alex were well on their way to another league title. It was on this day that a new Premier League record attendance or fans watched their club beat Blackburn Rovers 4-1. The new attendance record for a match was 76,098.

As we can see, that record would be broken just over a decade later. Not once, but many times, as playing in Wembley helped Spurs to break the attendance record multiple times.

Wembley is one of the largest and most famous football stadiums in the world. It boasts a capacity of 90,000 that dwarfs even the largest football grounds in the UK. Because of this, it is unlikely that the current Premier League record attendance will be broken anytime soon.

Well, unless another London club can play in Wembley for home matches!