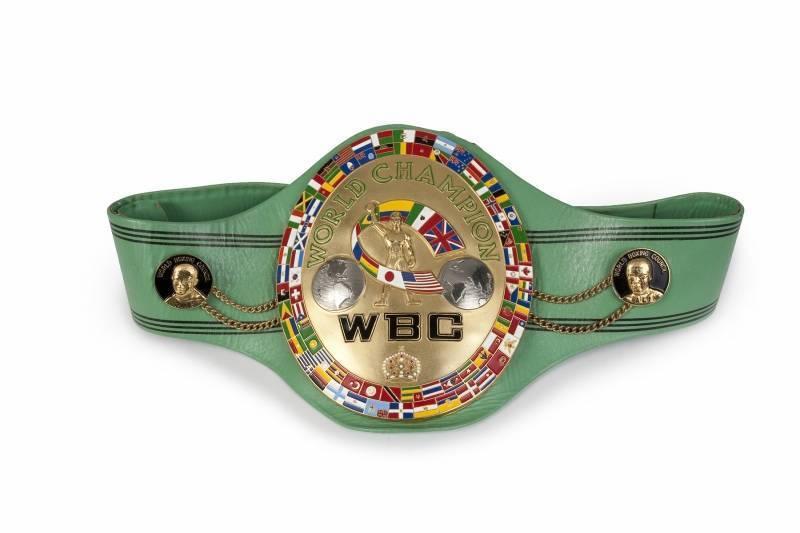 But what happens after the title fight? Do the champions keep the belts? Do they get a new one if they successfully defend it, or is a single belt passed around rather like a football trophy?

Plus, how much does these belts tend to cost and do the boxers themselves have to put any of their own money towards them? And is that real gold on them? Let’s find it all of this below:

Do Fighters Keep Their Belts?

Yes. Boxers who become champion of their weight division get to keep their belt for good.

Even once they eventually relinquish their title as champion, they keep it, because a new belt is made for the new champion.

Do You Get a New Belt Every Time You Defend it?

You get a new belt every time they defend your title. Hence why you’ve probably seen pictures of, say, Floyd Mayweather, with countless belts he’s won in his career:

Do Boxers Have to Pay for Their Belts?

Yes; boxers pay a sanctioning fee every time they receive a belt.

Indeed, an interview with SHOWTIME Boxing in October 2020, Mayweather said:

“Every fighter is a champion now. Belts now is like a fighter winning an amateur trophy.

“We gotta clean this sport of boxing up. This s***, this doesn’t look good.”

How Much is a Boxing Championship Belt Worth?

Given how detailed and extravagant many of them tend to be, you won’t be surprised to know that boxing belts don’t come cheap.

You’re looking at four-figure sums minimum for all of them – bet even that pales in comparison to boxing’s most expensive belt, as we’ll get onto next…

What is the Most Expensive Boxing Belt?

There are two which cost at least an eye-watering $1 million.

Both involved Mayweather; the first being the diamond-encrusted belt which he won after beating Manny Pacquiao via a 12-round unanimous decision in May 2015, and the second being the infamous ‘Money Belt’ which he won in August 2017 after seeing off Conor McGregor.

Likely the more expensive of the two, the ‘Money Belt’ supposedly contained 3,360 diamonds, 600 sapphires, 160 emeralds and roughly 3.3 pounds of 24-carat gold, and also featured both and Mayweather’s and McGregor’s names. Take a look at it below:

Yes; as a general rule, boxing belts are made of real gold, as well as real leather. As you can tell from Mayweather’s ‘Money Belt’, for example, they don’t mess around when it comes to gold on the belts.

Likewise in UFC, where the championship belts are made out of solid gold.

Do Boxers Get to Keep Their Championship Belts? [CONCLUSION]

So, to summarise: yes, boxers keep their belts; yes, they get a new belt every time they successfully defend their title; yes, they have to pay for them; yes, they’re ludicrously expensive; and yes, they’re made of real, genuine, bona fide gold.